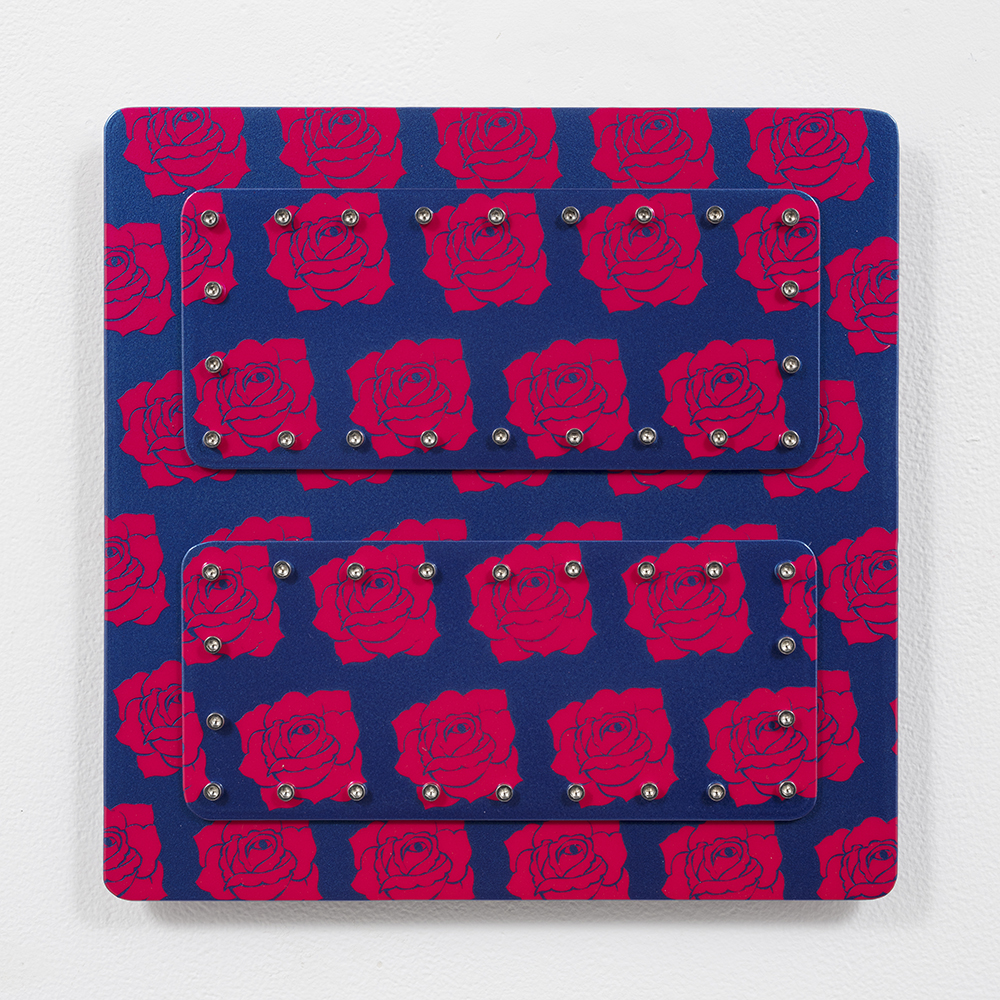 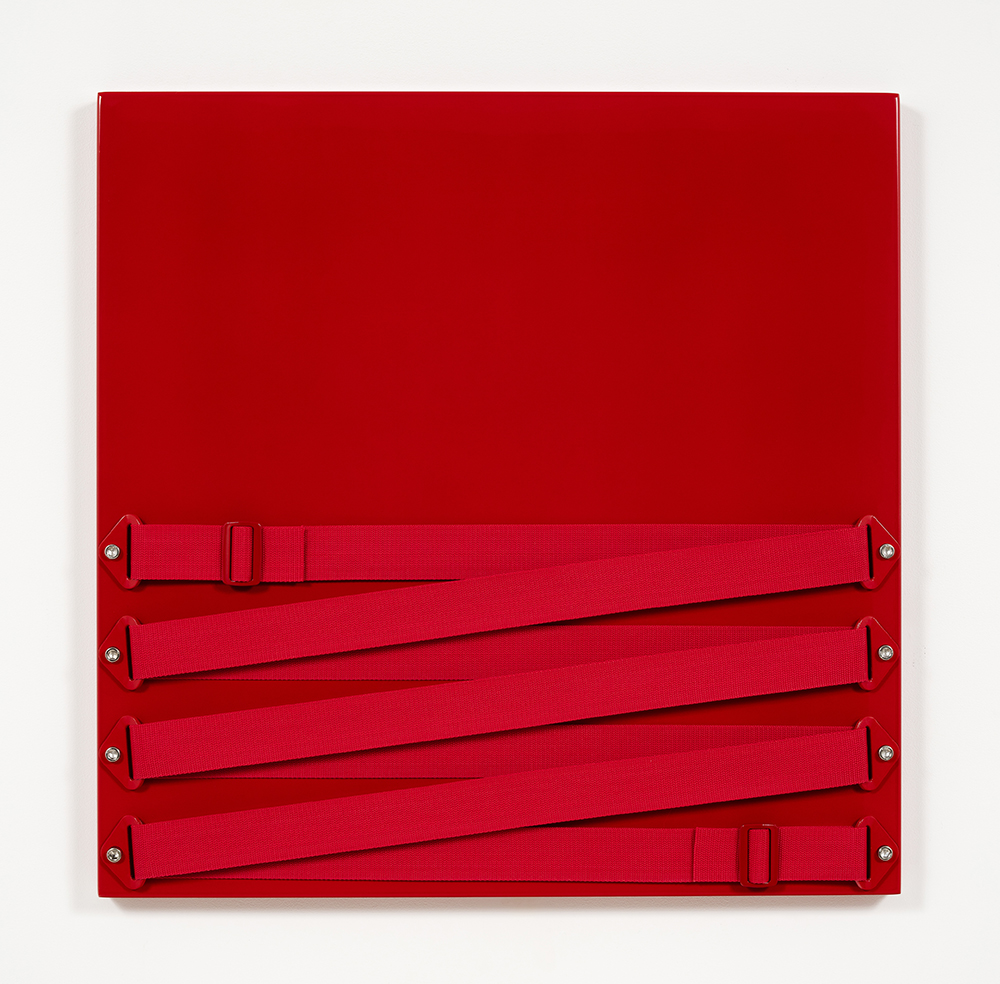 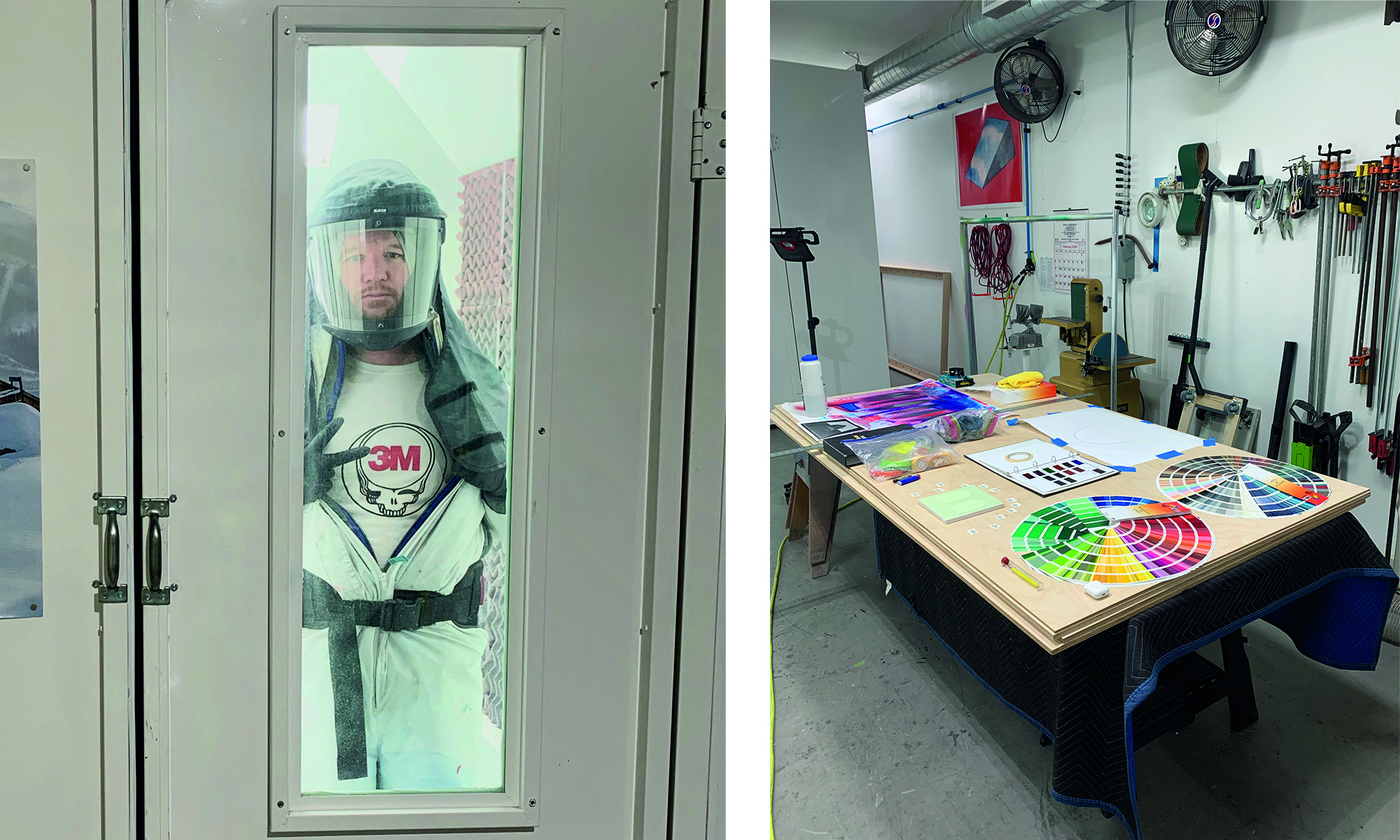 Joshua Saunders creates brightly colored paintings on aluminum which are meant to interact in unexpected and subtle ways with light. He creates the lustrous surfaces by applying up to twenty layers of automotive paint. Past works have had attached rock-climbing grips, chains, ropes, nylon straps and additional layers of painted aluminum. Saunders aims to produce a tension between the elements, with the pristine, smooth and reﬂective candy-colored panels conveying “do not touch” while the attachments convey the opposite directive. Saunders attributes his fascination with light and its relationship to bright reflective colors to growing up on the ski slopes of Steamboat Springs, Colorado as well as his subsequent move to Southern California. 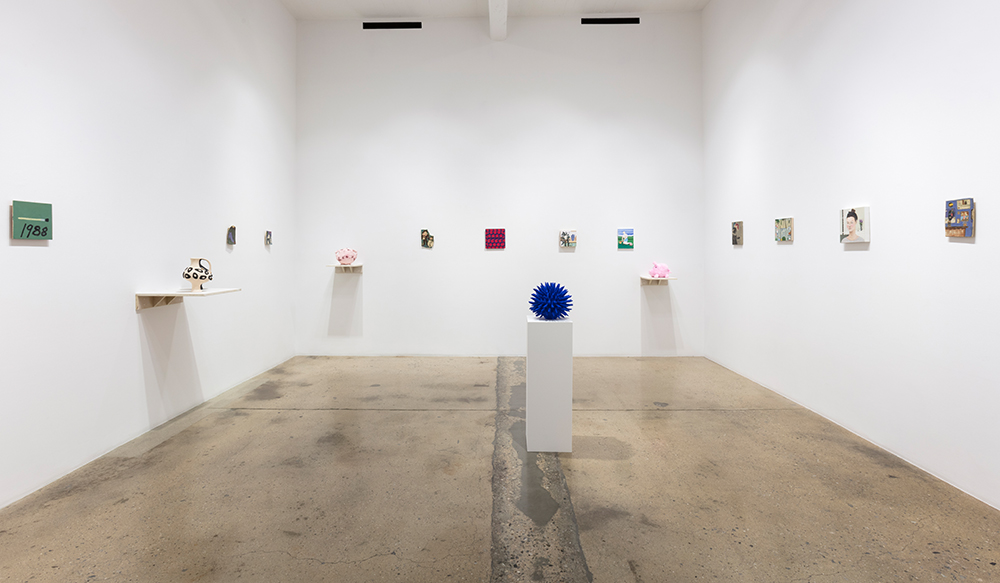 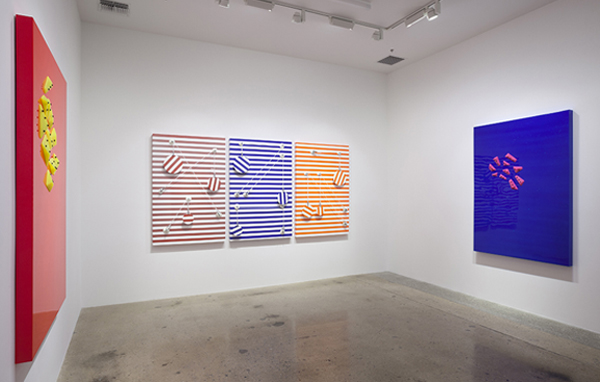 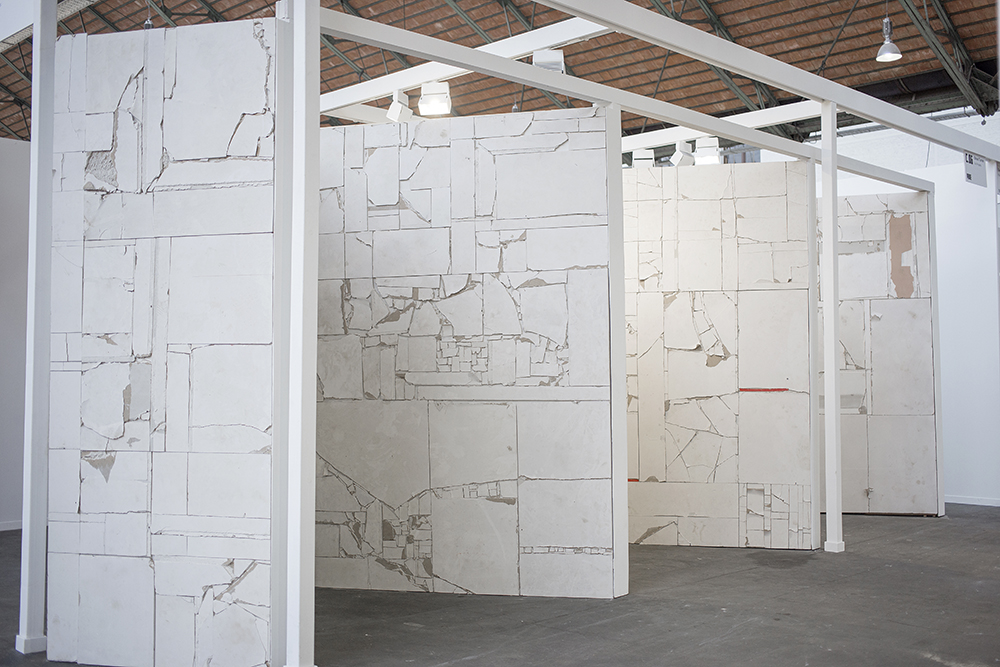 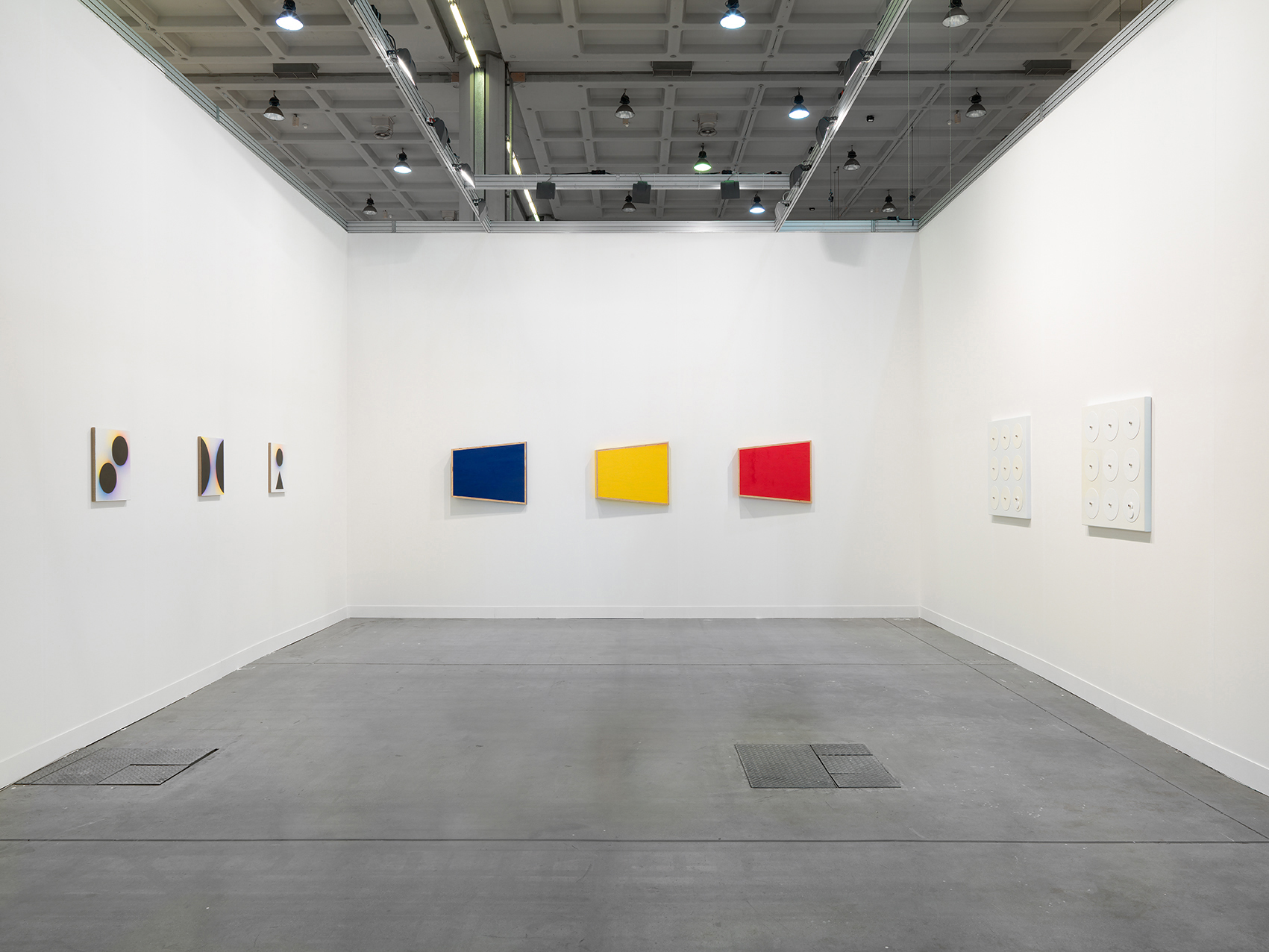