Up and Coming: Mounting Her U.S Debut, British Artist Hannah Perry Plays a Deconstructed Film to an L.A. Audience

What do you see when you look in a mirror? Reality? Your own image? The environment around you? In Hannah Perry’s mirrored work, life is reflected, distorted, and messed up in a delightfully engaging way that is full of questions about gender, technology, and the everyday. 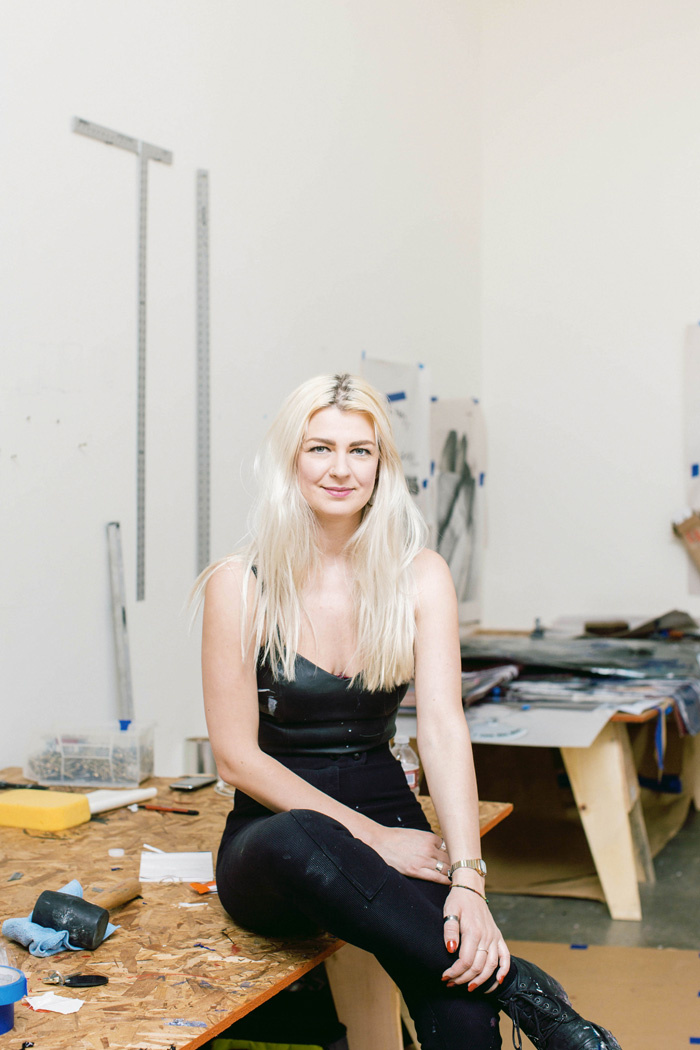 Perry is one of the most interesting British artists to bubble up in recent years. She first drew attention for her video performance work when she appeared on South London art collective LuckyPDF’s TV project for Frieze Art Fair in 2011, with a layered visual mashup of music video, found footage, and interference accompanied by drums and a brash soundtrack. Since then, she has had solo shows at Zabludowicz Collection and Cell Project Space in London, exhibited in New York, Switzerland, Istanbul, and Amsterdam, and performed at the Serpentine Gallery. And she’s only just finished her MA at the Royal Academy. 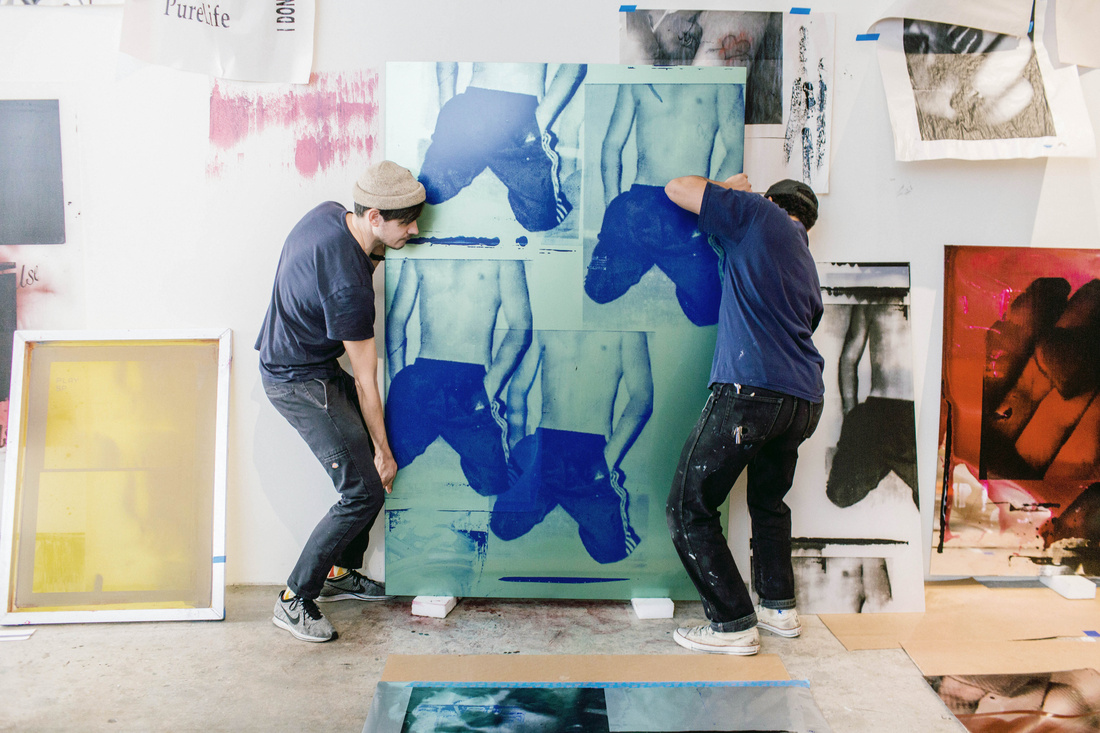 Perry has spent the last few months in L.A., where she’s been working intensely making silkscreen works printed on mirrors, a new film piece, sculptures, and smaller video vignettes for her major solo show and U.S. debut at Steve Turner. The aim is for the exhibition to be a kind of deconstructed film—ideal for a Los Angeles audience. “I feel like the video is probably the backbone and then everything else spirals out from it,” she considers. 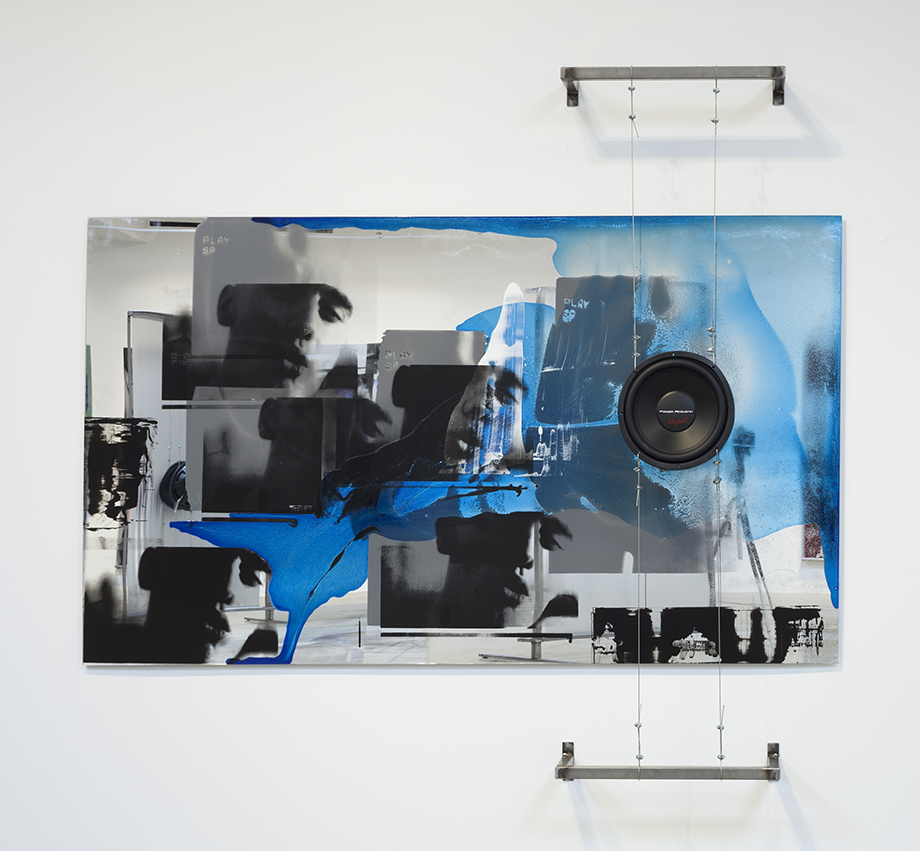 It will play in a soundproofed, carpeted room with a built-in screen, where viewers can observe from car seats with sub-bass speakers beneath them—the sound moving through their bodies as they watch. “I’m thinking about vibrations and sound and how they resonate through our bodies—it’s very visceral. When that is paired with some kind of visual narrative, it can create quite a strong feeling—I guess the same feeling as when I go to a techno club and I’m really in the rhythm,” Perry muses. 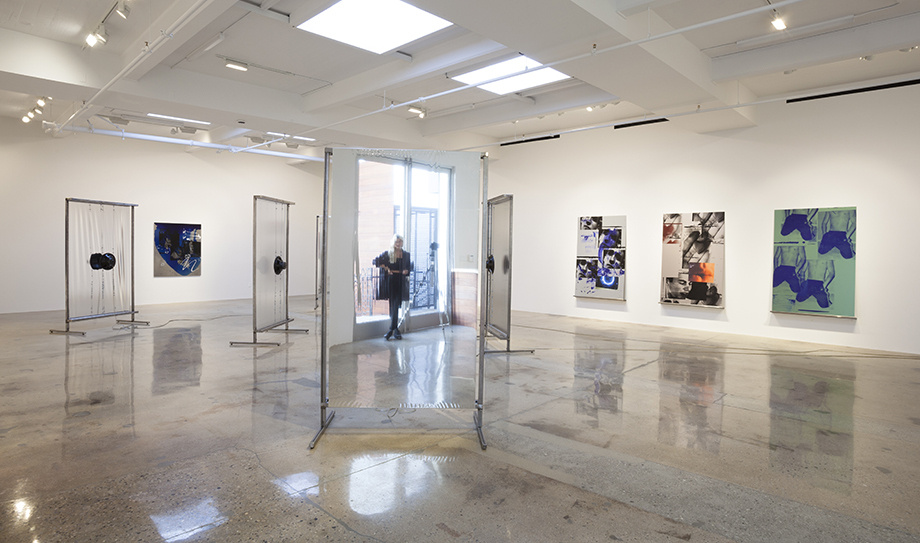 The exhibition will also include some of her signature mirrored print pieces—part abstract painting, part screen print, part text works. “I really like silk-screening because you can use photographic images but you can’t control it. It comes up with mistakes, it over-bleeds and creates these blobs. It has the same quality as VHS. I’m trying to work with gestural marks, but mainly it’s about printing and repeating the image over and over again and sort of degrading it,” she explains. “It’s the same style as my video editing style. I’m trying to mimic the same process.”

Mirroring also appears in her sculptural works. She showed me new reflective sculptural panels, which ripple in time with the bass of music she has composed. “I call them wobblers, but they’re titled ‘Sound Spots.’ People are fascinated with standing in front of them—they warp your view of things. It’s a nice metaphor for warping your illusions or preconceptions of reality.”

Perry’s work sits well alongside that of older artists like Mark Leckey or Dara Birnbaum, as well as the post-internet new wave that have been so active in recent years. She has a cut-and-paste style that feeds on an awareness of gender, social class, lifestyle, and her own experience. “It’s not really about me as a character, more about one’s experiences,” she points out. Decidedly nonlinear, the work is “about things getting confused along the way and a bit messy.”

That messiness is part of what makes Perry’s work so engaging. She is an artistic magpie, drawing on “books, theory, novels, sound, music lyrics,” as she explains. “I wrote everything down for months. Recording conversations with people. I transcribed everything, wrote everything out and then printed it all off and then cut all the sentences up into little pieces and arranged them all together. Sometimes I’ll go into pound shops and supermarkets and just photograph text, logos. I’m always taking video. I’m really into this website Documentary Heaven. I use something called That Can Be My Next Tweet, which regenerates tweets. They don’t make any sense but sometimes sound nice.”

The role of the feminine is also important in her work in a wider sense. In the past she has used the Always maxi pads logo in her print works, or numerous car and tire references—challenging ideas of masculinity. Her new video looks at formations of gender-based expectations and includes footage of her niece at different ages of adolescence. “I ask her the same question ‘Where do you see yourself in five years’ time?’ I’m trying to play out the complications between that time and later on. It’s about this constantly fleeting temporality versus your expectations. What you perceive in the world.” 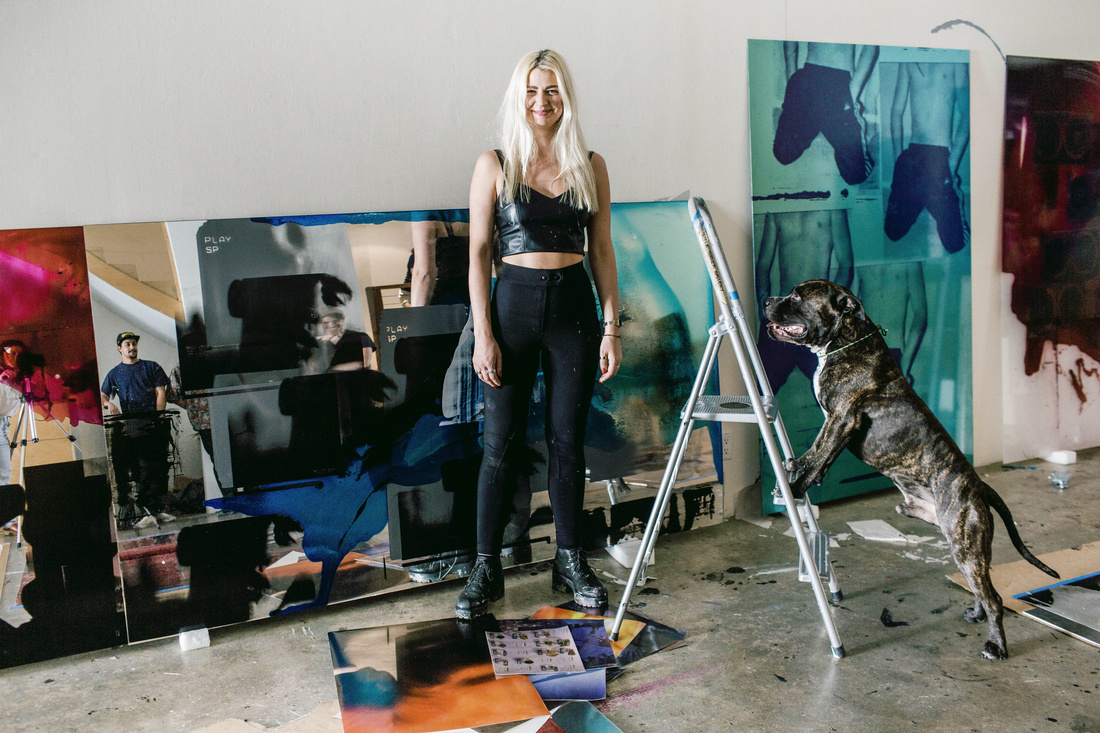