For his third solo show at Steve Turner, titled “Abstract Browsing,” Rafaël Rozendaal presents new works that extend his exploration of the Internet, his muse for the past decade. With these richly colored, expansive tapestries and humorous haiku wall paintings, the artist makes the Internet material. 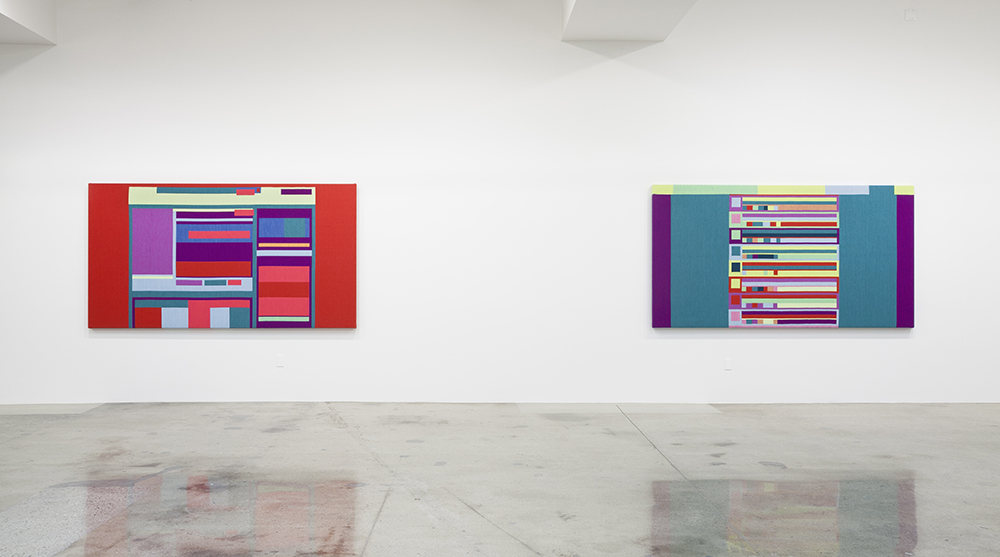 Rozendaal’s tapestries—woven via a mechanized process on Jacquard looms—take up much of the gallery’s walls with their assorted patterns of squares, rectangles, and bars. Though they resonate with modernist geometric abstraction, these compositions are rooted in technology, from concept to composition. To make them, he began by creating a plugin that reveals the underlying structure of the websites he visits. Applying this tool to a myriad of websites, he ultimately selected those whose architecture seemed to lend itself well to art. Many social media sites were among those that made the cut, including Instagram, Tumblr, and Twitter.

While the websites on which Rozendaal’s tapestries are based are not immediately recognizable, the titles of each work identify its source. This information prompts viewers to fill in the text and images that the artist has stripped away. Here, Rozendaal highlights the similarities between a pixel and a stitch, and likewise the artistry embedded in code. Afterall, he characterizes the websites that caught his eye as “weird hybrids of human design and machine optimizing.” 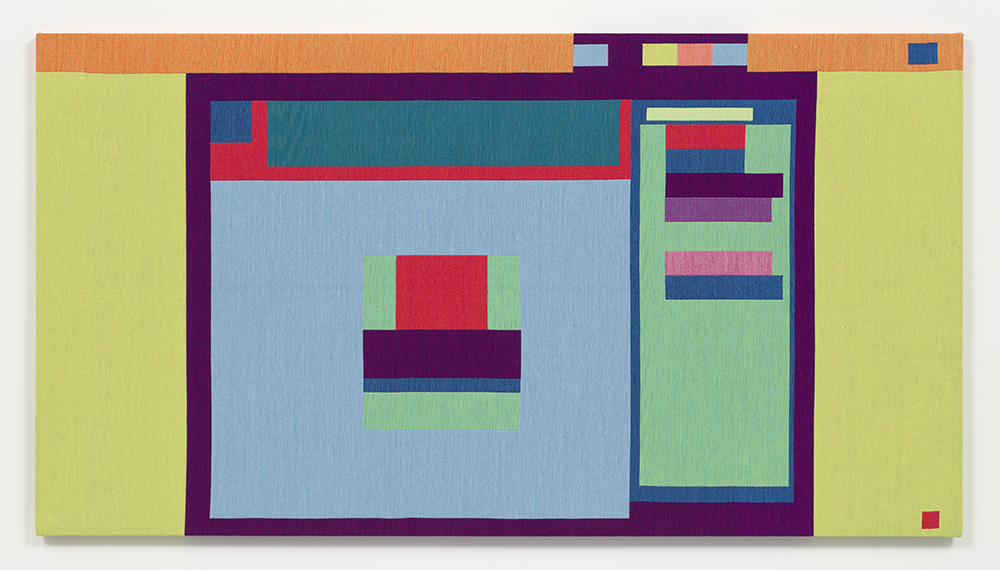 With his haiku wall paintings—consisting of vinyl text on colored backgrounds—Rozendaal draws another unlikely parallel: between the ancient Japanese art of haiku poetry and the casual process of tweeting. He sees haiku as uniquely suited to the Internet. Its pared-down form can fit into a tweet, which can be readily shared and circulated online. The artist himself wrote all of the haikus on view, including one that reads like a cross between a status update and a philosophical meditation: “what i should do / what i can do / what i will do.”