When the Stars Begin to Fall: Imagination and the American South 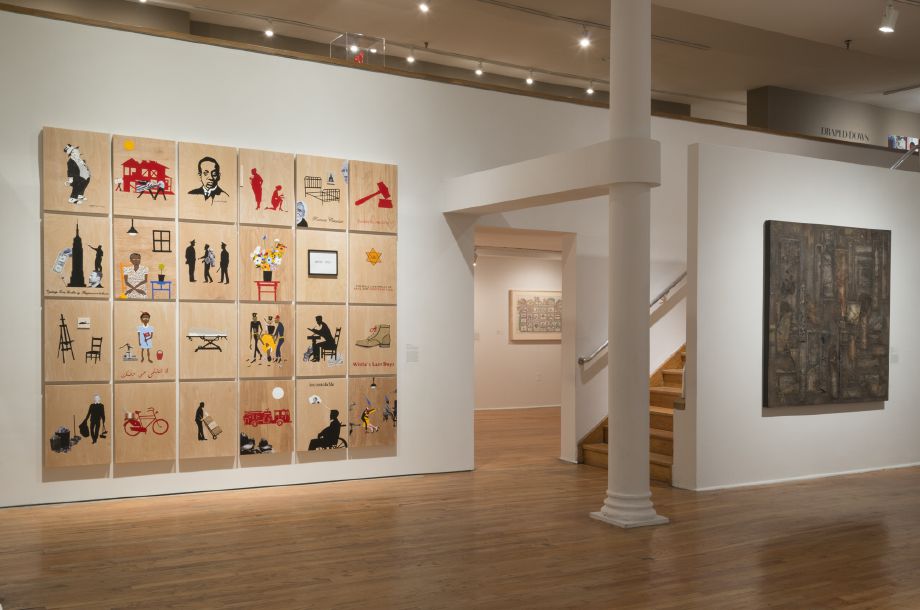 When the Stars Begin to Fall: Imagination and the American South, March 26 to June 29, 2014, The Studio Museum in Harlem, Photo: Adam Reich

When the Stars Begin to Fall: Imagination and the American South queries the category of “outsider” art in relation to contemporary art and black life. Situating itself within current art historical and political debates, the exhibition considers work by self-taught, spiritually inspired and incarcerated artists, alongside other projects based in performance, socially engaged practice and the archive, as well as painting, drawing, sculpture and assemblage, that make insistent reference to place. With the majority of work having been made between 1964 and 2014, the exhibition brings together a group of thirty-five intergenerational American artists who share an interest in the U.S. South as a location both real and imagined. Moving between a graphic sensibility, an interest in creation myths and the use of found materials and detritus, the artists reference various classical tropes of blackness as sites of origin—fantastical and performed, important yet perhaps-illusory. The catalogue includes entries by the exhibition’s organizer, Assistant Curator Thomas J. Lax, along with leading scholars Horace Ballard, Katherine Jentleson, Scott Romine and Lowery Stokes Sims, who write on notions of spirituality, the ethics of self-taught art and the idea of the South in the American project.