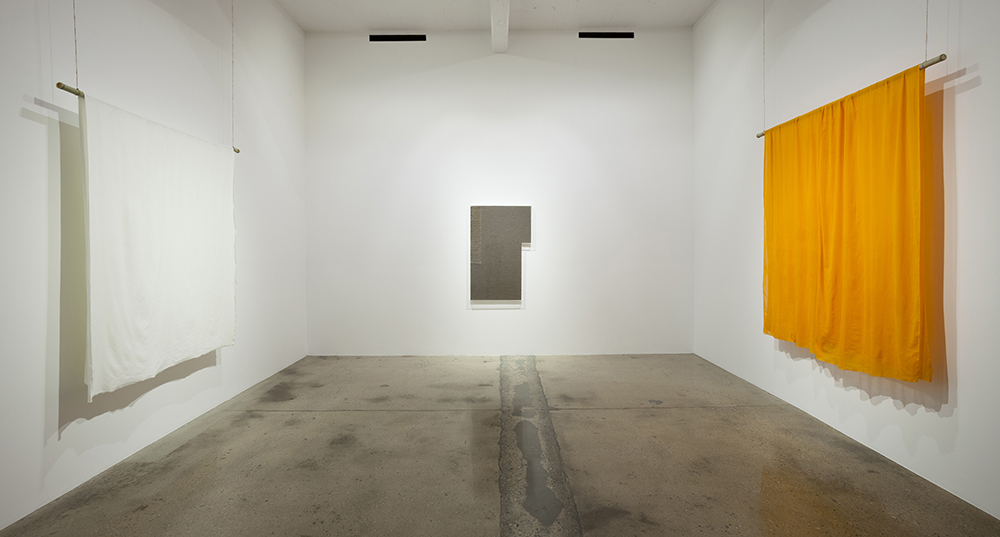 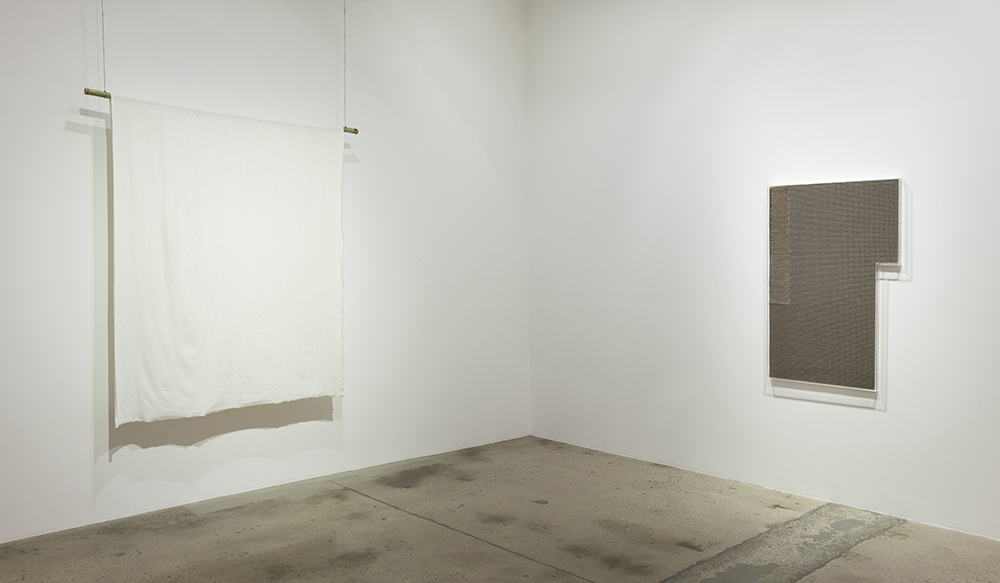 Dhoti and Pagg Curtains consists of two rectangular pieces of cotton fabric, one of which is white and the other which is saffron. The artist purchased them from the Indian Ministry of Textiles which subsidizes their production to preserve the Khadi tradition that predates Indian independence. Amherst is comprised of a mass-produced piece of carpet that was manufactured in India combined with a smaller piece that was made by hand.