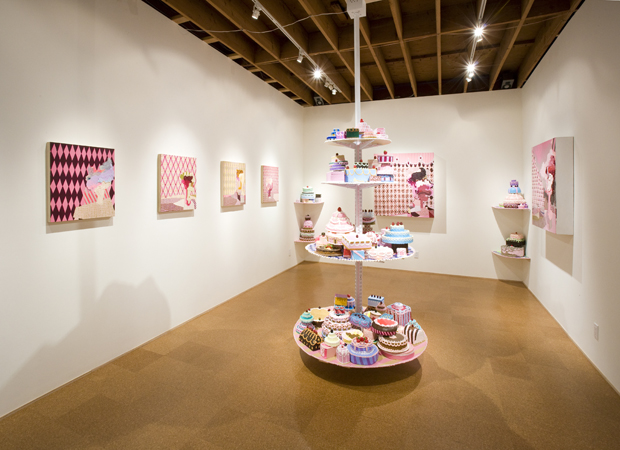 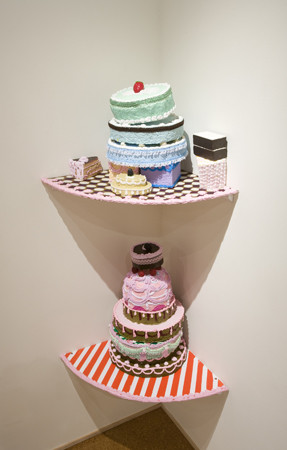 Steve Turner Contemporary is pleased to present ANA RODRIGUEZ: SWEET TOXICITY, a project room exhibition featuring new paintings by the artist. Rodriguez grew up in the small community of Maywood, California, which is adjacent to the industrial cities of Commerce and Vernon and their numerous chemical plants, refineries, public waste areas and foundries. The monochromatic industrial landscape and the variety of smells that were ever-present were a constant source of fascination. There was tar, sulfur, the sweet bakery scents from the Sarah Lee Bakery, the tangy odors from Mojave Spices, the pungent scent of roasted beans from Gavina Coffee, and the repulsive odors from the fat rendering factories that breakdown animal carcasses. Rodriguez recalls being highly aware of the contrast between the putrid, foul smell of dead animals and the sweet scents from bakeries and cake shops. She also cites imagery from the Tales of the Arabian Nights as an important source of inspiration. Descriptions of beautiful landscapes, sultans’ palaces, and genies are important source material as are Islamic patterns and Arabesque motifs, some of which the artist recalls from her childhood, in the form of kitchen cabinet liners, linoleum flooring or wallpaper. The mix of sources is reflected in Rodriguez’s paintings which combine brightly colored geometric patterns with swirling gestures in brown and grey.