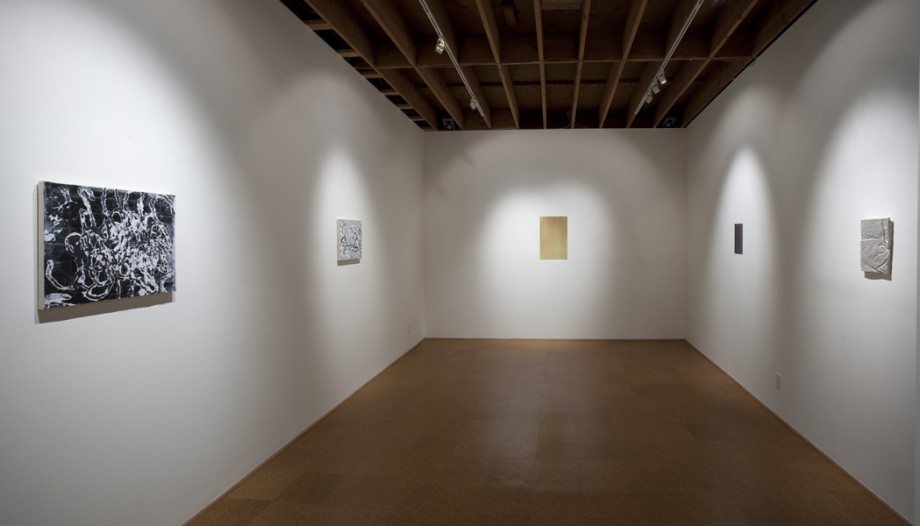 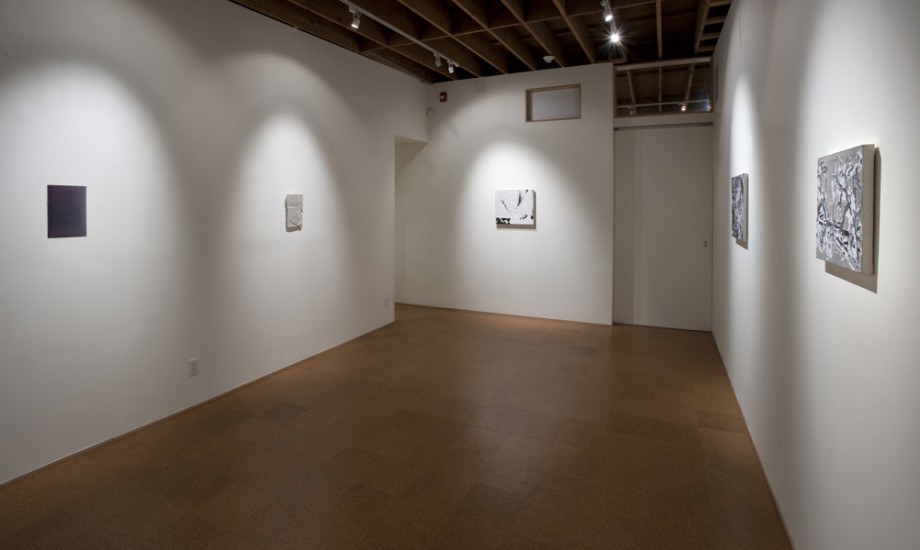 Jed Ochmanek will present selections from his ongoing series of paintings on metal as well as a new work made of cast cement. The paintings result from pouring highly thinned enamels onto steel plates. Their surfaces register the sifting of the pigment as it separates from its binder, as well as incidental marks from the studio environment (dust, scratches, etc.). The cement piece is cast in a mold lined with window screen material. An impression of the distorted screen articulates the object’s surface.

Hugh Zeigler’s paintings consist of torn paper adhered to canvas using paint as glue. Two of the paintings feature an underlying grid taken from Chinese calligraphic practice sheets, a grid that is used to repeat and compare ideograms as they are drawn repeatedly side-by-side by the calligrapher. Repetition is a common motif in Zeigler’s work, both as a generator of subject matter and as a compositional element.

Jed Ochmanek received his BFA from the Rhode Island School of Design in 2005, and attended The Mountain School of Arts in 2008. Recent exhibitions include Close Encounters at Jeanroch Dard, Paris, Palladium at Young Art, Los Angeles, and The Delta at Alexys Schwartz Projects, Los Angeles. His work was recently featured in Semiotext(e)’s Animal Shelter.

Hugh Zeigler received his BFA from the Rhode Island School of Design in 2009 and was a Fellowship Resident at the Oxbow School of the Arts in 2008. Recent exhibitions include New Document at Johansson Projects in Oakland, Pure Logo at New Image Art in Los Angeles, and Mannerist, a solo exhibition at Show Cave in Los Angeles.