Some Boxes and Two Photographs About America 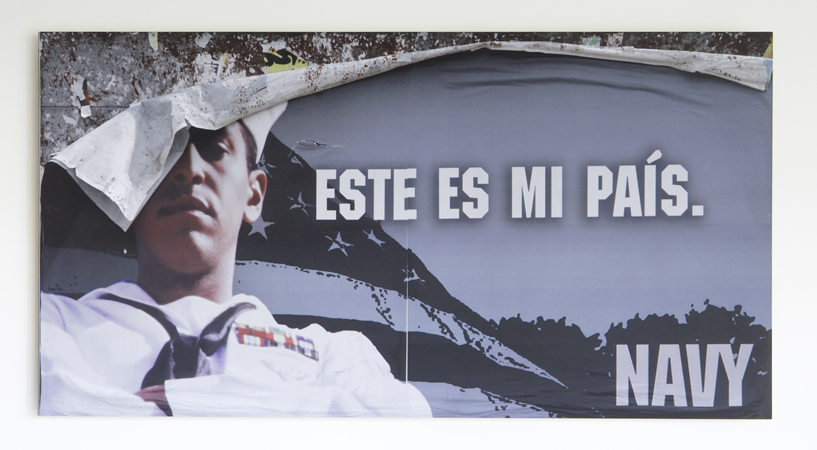 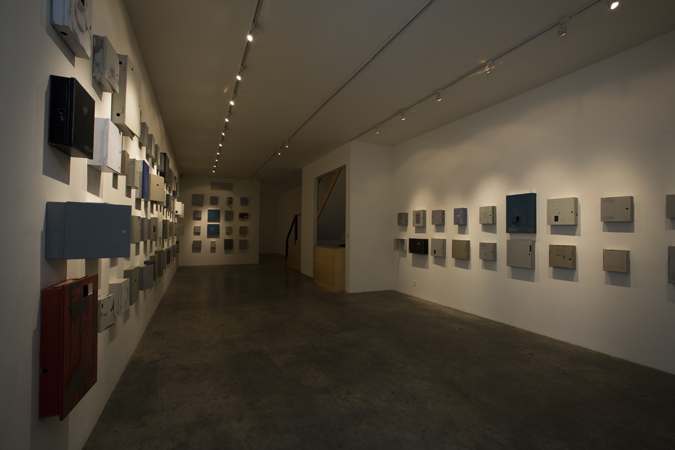 Steve Turner Contemporary is pleased to present Some Boxes and Two Photographs About America, a suite of three recent projects by Camilo Ontiveros. In this exhibition, Ontiveros expands on his work relating to questions of immigration. He questions how borders–whether individual, domestic, or national –are currently enforced.

In the main gallery, Ontiveros presents It’s Not Just Security, It’s Peace of Mind, an installation of one hundred twenty security system boxes that covers the gallery’s walls. Ontiveros collected these boxes over a period of six months while he worked installing alarm systems in homes and banks across Los Angeles and Orange counties.

In the gallery window, Ontiveros presents Este Es Mi País, a large photograph of a Navy billboard that shows the face of a young Latino sailor juxtaposed with the Spanish words that translate as This Is My Country. In the back gallery he will present The Burial of Anastacio Hernandez, a landscape photograph which commemorates the death of Anastacio Hernandez one year after he was beaten by twenty border patrol and immigration agents and shocked with a stun gun at the San Ysidro border.