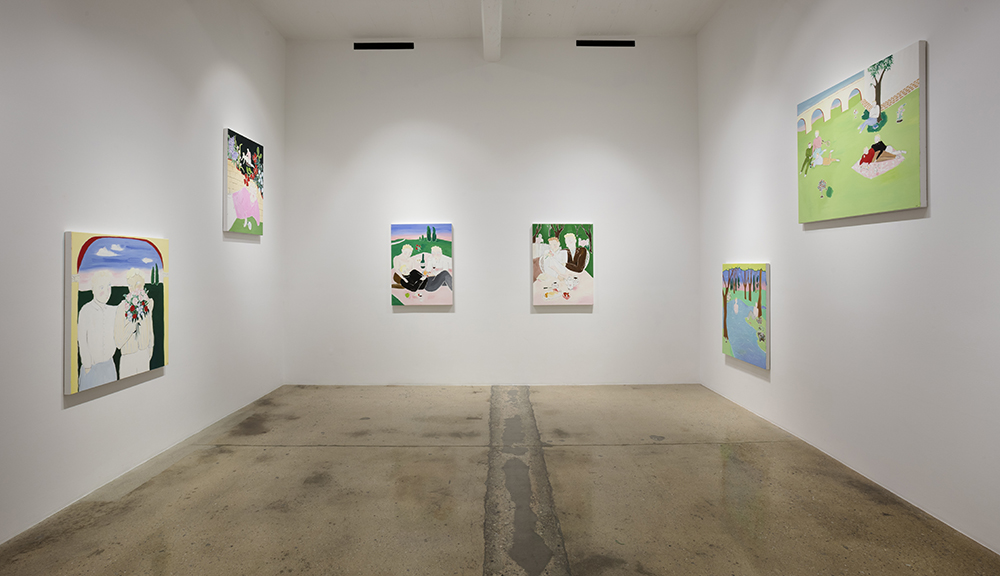 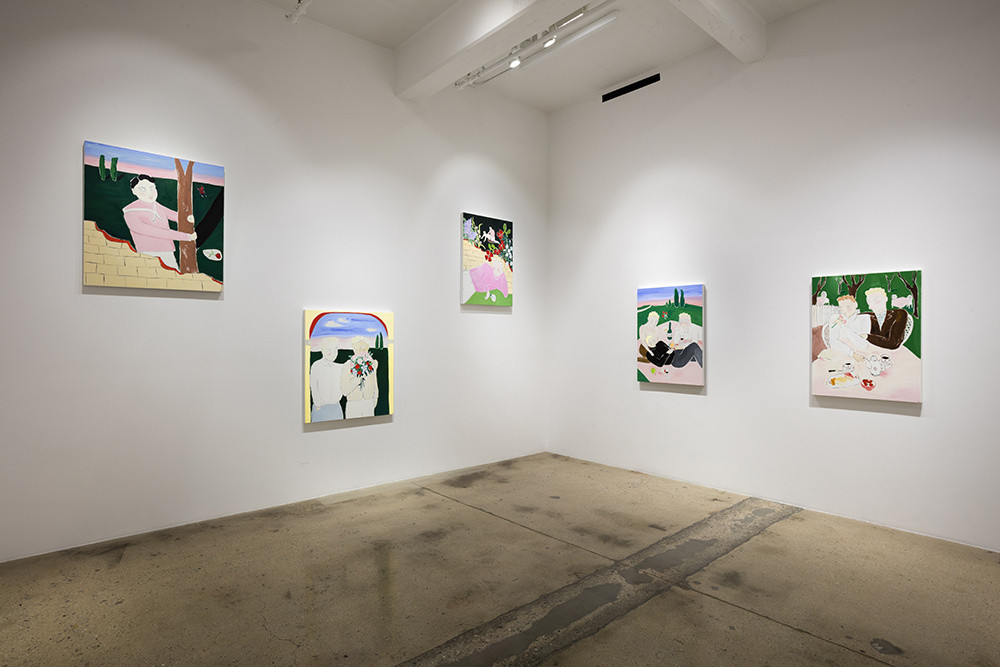 The exhibition, inspired by 18th century Fête Champêtre paintings and taking its title from Aldous Huxley’s first novel, depicts scenes from an imaginary 1920s garden party in the English countryside into which Milbrath has inserted her main character, Poor Gray, who resembles a Baudelairean dandy with his wealth, melancholy and inactivity. Lush green lawns provide a backdrop for indolent pleasure, luxury, and utter pointlessness.

Claire Milbrath (b.1989, Victoria, British Columbia) is an artist and editor-in-chief of The Editorial Magazine, a print journal on contemporary art. Milbrath earned her BA in History from Concordia University. She currently lives in Montreal. This is her second solo exhibition at Steve Turner.