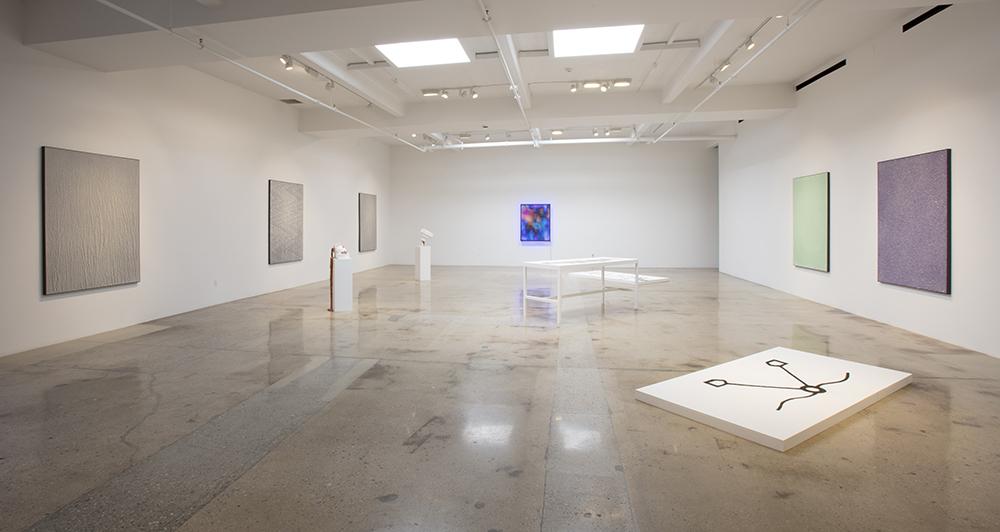 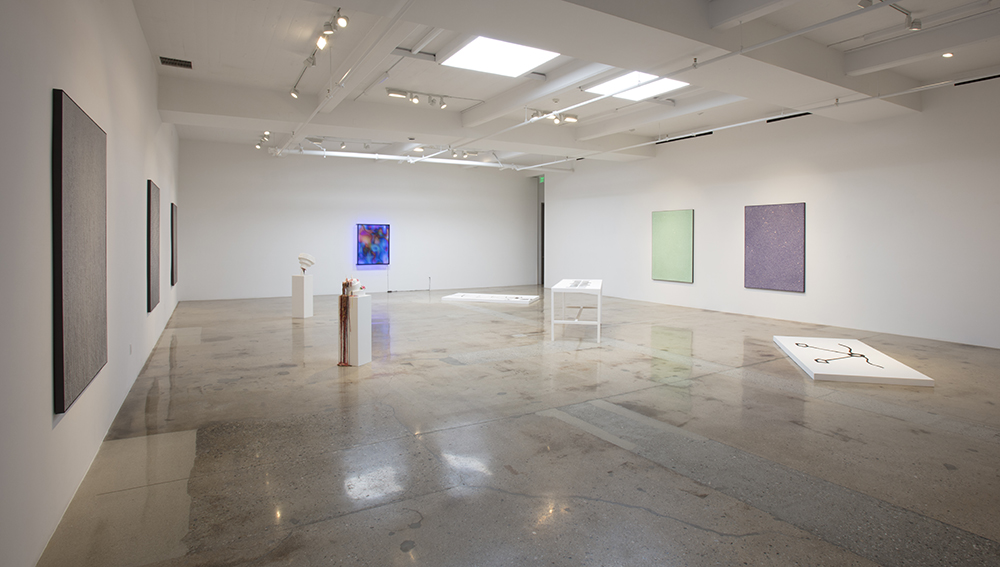 In the pre-digital era, data was used for analytic rather than creative purposes and was not a frequent subject for aesthetic exploration. Today, data is commonly used as raw material for artists, and the artists in this exhibition do more than merely turn data into visual work—they reshape it, both in form and function—to create compelling conceptual artworks that materialize the Internet.

Émilie Brout & Maxime Marion will present Dérives, a generative video, and Ghosts of Your Souvenir, a photographic installation. Dérives includes more than two thousand excerpts of water scenes that the artists culled from the history of cinema. Through an algorithm that they developed, the scenes are presented in an ever-changing sequence that yields surprising narrative results. Ghosts of Your Souvenir is a photographic installation that consists of a group of prints presented on a tabletop. They depict the artists as they secretly posed in the background while tourists took photographs at popular sites. After infiltrating the unsuspecting photographers’ images, the artists combed social media including Instagram and Flickr to find the exact images as posted by the tourists. They then printed them for this exhibition.

Brout and Marion (b. 1984 and 1982, Lorraine, France) studied at the École Nationale Supérieure d’Art et de Design de Nancy, the Ecole Superieure d’Art d’Aix­ en ­Provence and the Ecole Nationale Supérieure des Arts Décoratifs de Paris. Since 2008 they have been collaborating on new media works that widely use content appropriated from the web and that explore the relationship between the digital and physical. Their work was included in the Moscow Biennale; ADIAF Triennale, Villeurbanne (2016) and numerous group exhibitions and screenings including those at OCAT Shenzhen (2016), Seongnam Art Center (2015) and Palais de Tokyo, Paris (2014). They have had solo exhibitions at 22,48m2, Paris (2013 & 2015) and will have their first solo exhibition at Steve Turner, Los Angeles in June 2017. They live and work in Paris.

Joshua Citarella will present a pair of drawings made from coltan dust that depict the floor plan of a proposed ocean-based data center. Coltan is a metallic ore that contains tantalum, a key component in the capacitors found in most electronic devices. Nearly half of the world’s annual production of coltan is mined in Rwanda and the Democratic Republic of the Congo amidst massive corruption and abuse.

Citarella (born 1987, New York) earned a BFA from the School of Visual Arts, New York (2010) and currently lives in New York. He has had solo exhibitions at Carroll/Fletcher, London (2016) and Higher Pictures, New York (2013 & 2015). The New Yorker recently published an article about Ultraviolet Production House, a project he collaborates on with Brad Troemel (1/30/17).

Jonas Lund will present New Now, a digital painting that he developed with an algorithm that utilizes machine-learning to create new artworks that are based on his previous output. According to Lund, “The AIgorithm created by the artist, becomes the artist.” The resulting works are LED illuminated abstractions that appear to capture a flow of color.

Lund (born 1984, Linköping, Sweden) currently resides in Berlin. He creates paintings, sculpture, installations and new media works that relate to the art market and which incorporate aspects of the internet, new technology, automation, optimization and data. He earned an MA at Piet Zwart Institute, Rotterdam (2013) and a BFA at Gerrit Rietveld Academy, Amsterdam (2009). He has had solo exhibitions at Showroom MAMA, Rotterdam (2013) and Steve Turner (2014, 2015, 2016) and has had work included in numerous group exhibitions including at Eyebeam, New York; New Museum, New York; The Moving Museum, Istanbul; Van Abbemuseum, Eindhoven; De Hallen, Haarlem and Whitechapel Gallery, London.

Michael Staniak will present paintings from two different series. In PNG, he layered an image transformed into binary code or ASCII onto undulating surfaces of painted casting compound. Though the resulting images are seemingly abstract, they actually encompass a code-embedded depiction of other paintings by the artist. In DATA, he uses the medium of memory itself–pulverized CDs–to create a green painting that sparkles with reflected light.

Staniak (born 1982, Melbourne) earned a BFA and an MFA from the Victorian College of the Arts, Melbourne as well as a BA from Middle Tennessee State University. He has had solo exhibitions at Contemporary Art Museum, St. Louis (2015); Annarumma Gallery, Naples (2015); and Steve Turner (2014, 2015, 2016). His work has been included in group shows at the Moving Museum’s Istanbul project (2014) and Kunsthalle Vienna (2014 & 2015). In his highly experimental studio practice, Staniak examines the relationship between painting and technology.

Addie Wagenknecht will present two sculptures of elaborate wedding cakes that have somehow crashed upside down into the pedestals upon which they rest. She sourced the images on Pinterest where popular wedding cakes earn thousands of views’ she then created her own version of the cakes using analog techniques.

Wagenknecht (born 1981, Portland, Oregon) currently lives and works in New York and Vienna. She has received a Bachelor of Science in Multimedia and Computer Science from University of Oregon in 2001, and a MPS from New York University’s Interactive Telecommunications Program in 2007. Her solo exhibitions include: Haus der elektronischen Künste, Basel (2016); Singapore Art Museum (2016); and Bitforms, New York (2014). Her work was included in the Moscow Biennale (2016) and in group exhibitions at Whitechapel Gallery, London (2016); ZKM Museum of Contemporary Art, Karlsruhe (2015) and MuseumsQuartier Wien (2013).