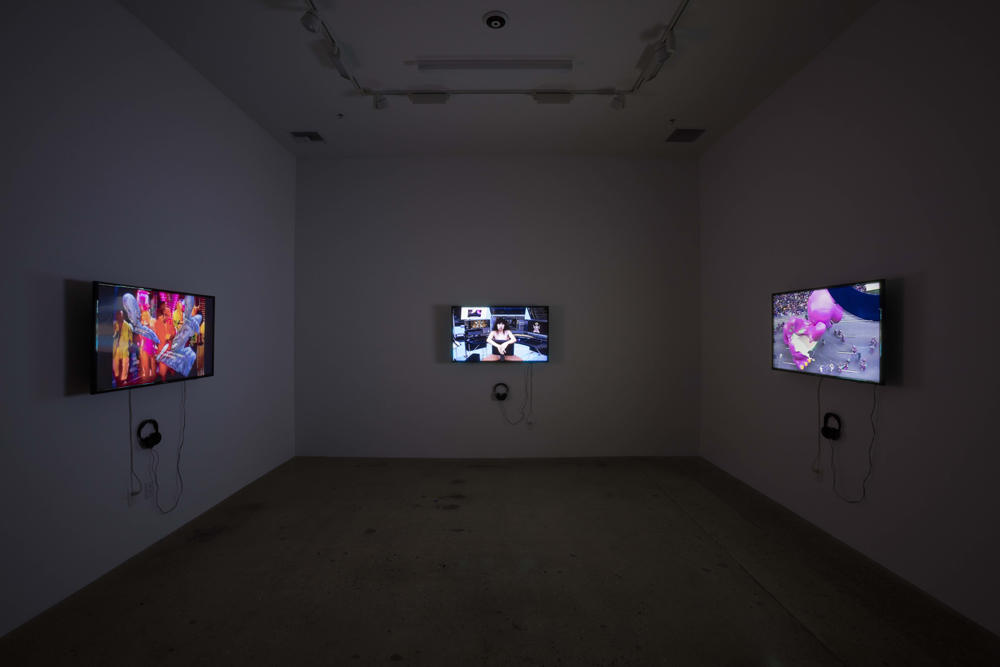 Jacob Ciocci combines found footage with an ominous score as a backdrop for his monologue about the impossibility of freedom today.

Lu Yang inserts a 3D rendering of herself into a CGI landscape and then proceeds to dispassionately dissect herself as a comment on the ubiquity of selfies.

Eric Wedgewood uses stock imagery and a stream-of-consciousness narration to represent his view of mortality.

Jacob Ciocci (born 1977, Lexington, Kentucky) earned a BA from Oberlin College (1996) and and MFA from Carnegie Mellon University (2000). Ciocci is a member of the art collective Paper Rad and the performance group Extreme Animals which has performed and exhibited at MOMA, New York (2007); New Museum, New York (2005) and Tate Britain, London (2003).

Eric Wedgewood (born 1986, Chicago) earned a BA from University of Illinois at Chicago. He published a collection of poetry and short stories titled ‘I Am Ready to Die a Violent Death’ (2013) under the pseudonym ‘Heiko Julien.’ His stories, poetry, and essays have been published in n+1, Thought Catalog, Pop Serial, Shabby Doll House, and The Lifted Brow. He is the creator of The Content Zone, a meme web page where a collective of digital artists share original multimedia.