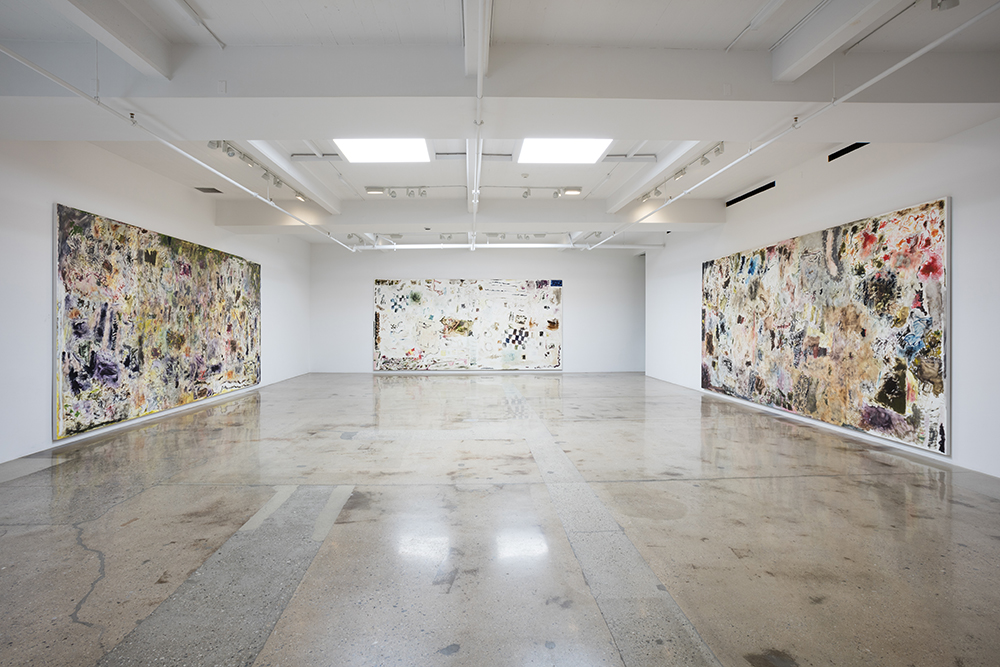 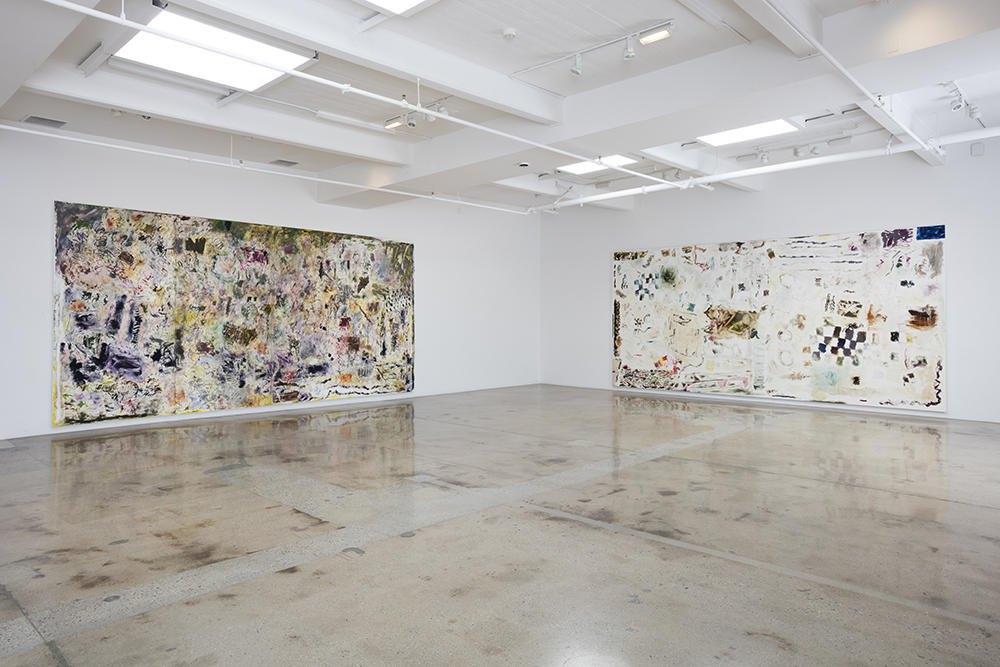 Using an earth-toned color palette, Boz spreads, scrapes, and pushes oil paints across the large panels with his hands, creating various textures and gestures that leave behind a record of his physical presence. Although the paintings flirt with identifiable forms, they are kept from coalescing into fully recognizable images as each painting reveals an organic network of indecipherable, almost hieroglyphic marks. Despite their size and ambition, the paintings are composed of anti-heroic gestures that celebrate the potential of touch and the humble, earthbound nature of material things.