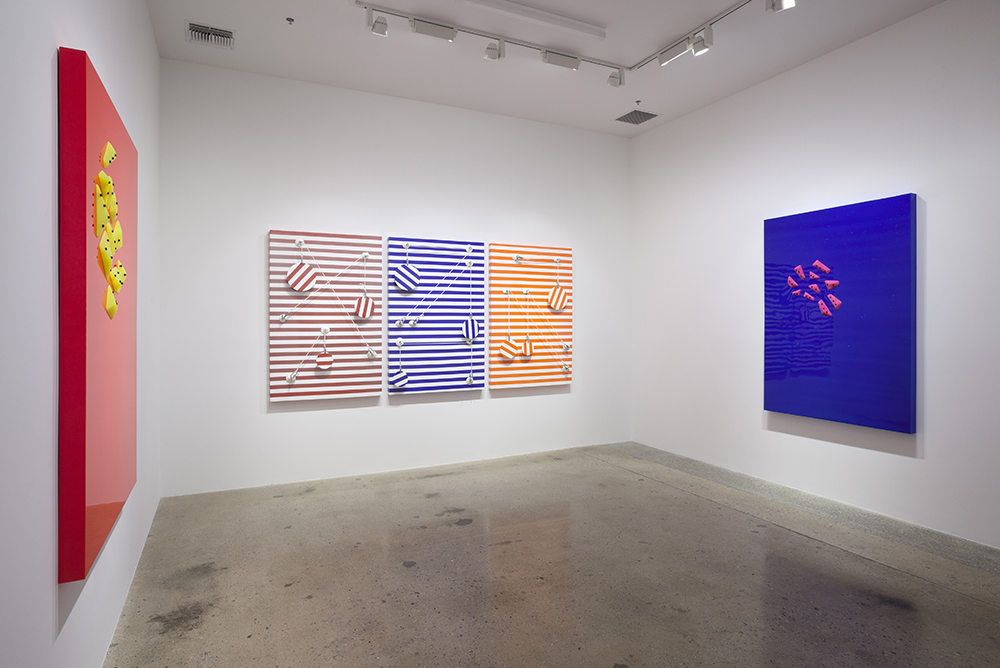 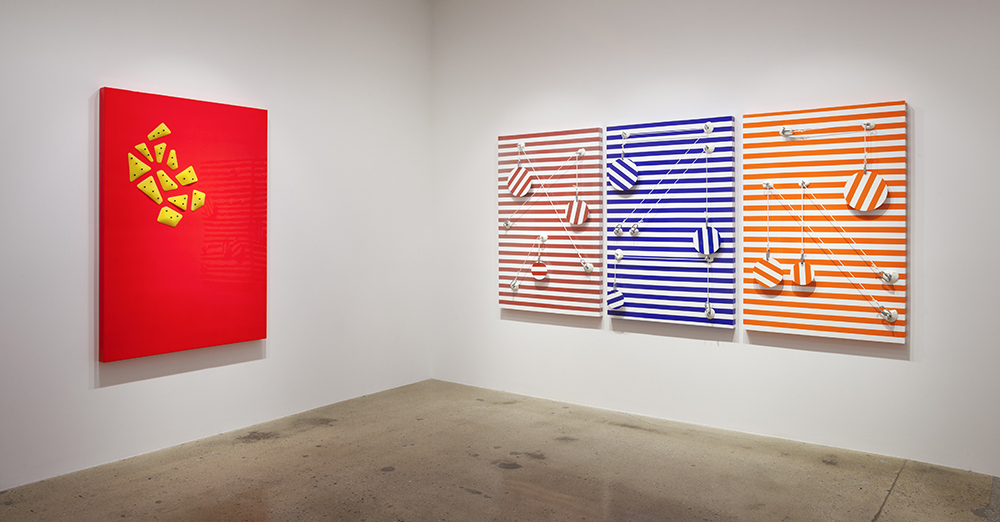 Steve Turner is pleased to present Rock Candy, a solo exhibition of new works by Joshua Saunders consisting of brightly colored enamel paintings on panel which have rock-climbing grips, chains and ropes attached to their surfaces. The artist aims to produce a tension between the elements, with the pristine, smooth and reﬂective candy-colored panels conveying “do not touch” while the attachments convey the opposite: “climb me.”