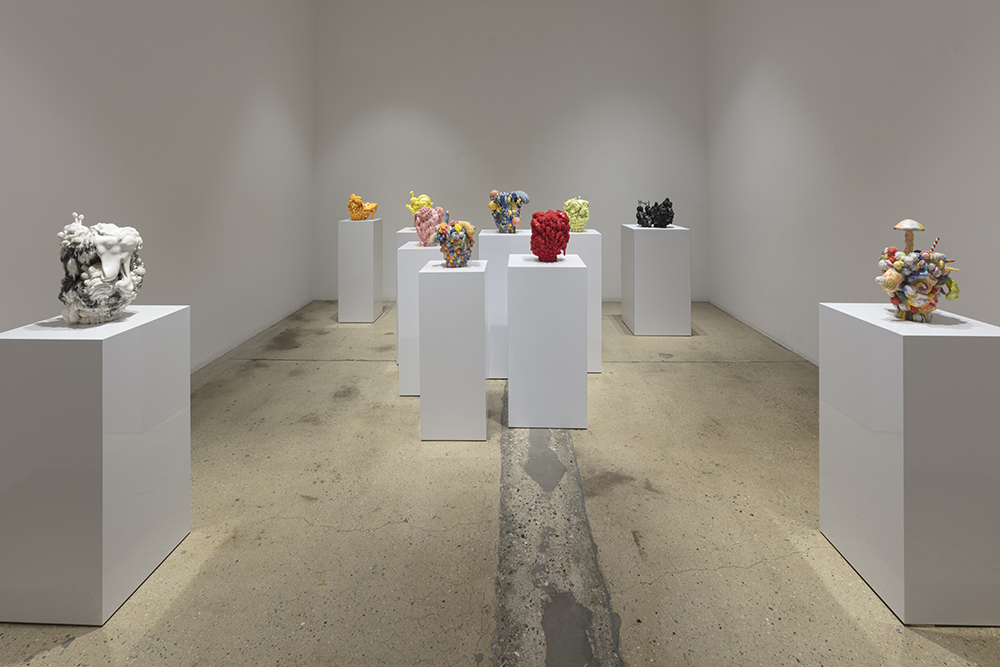 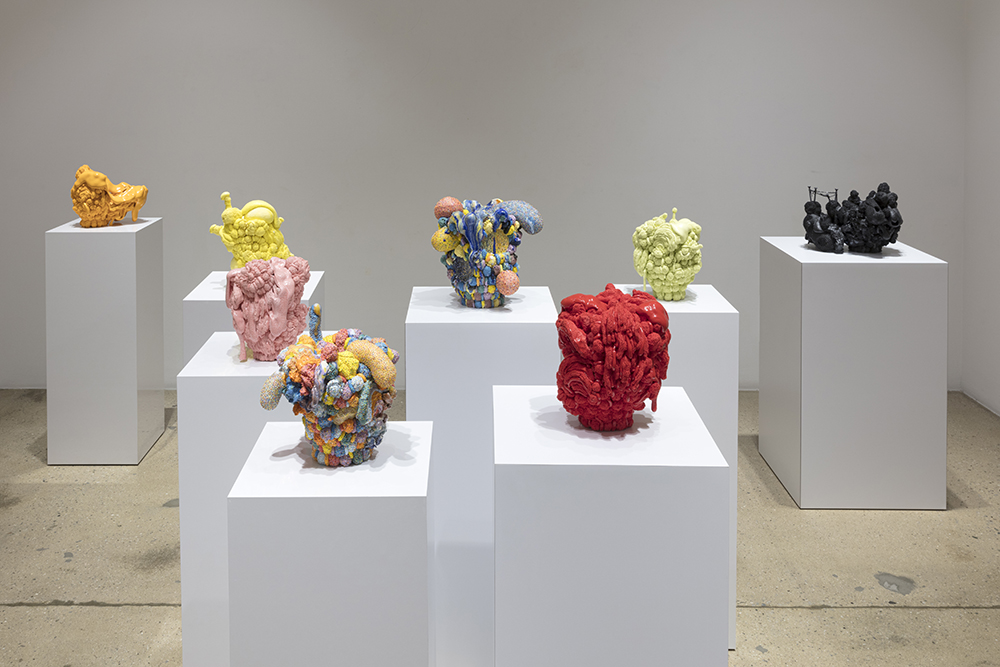 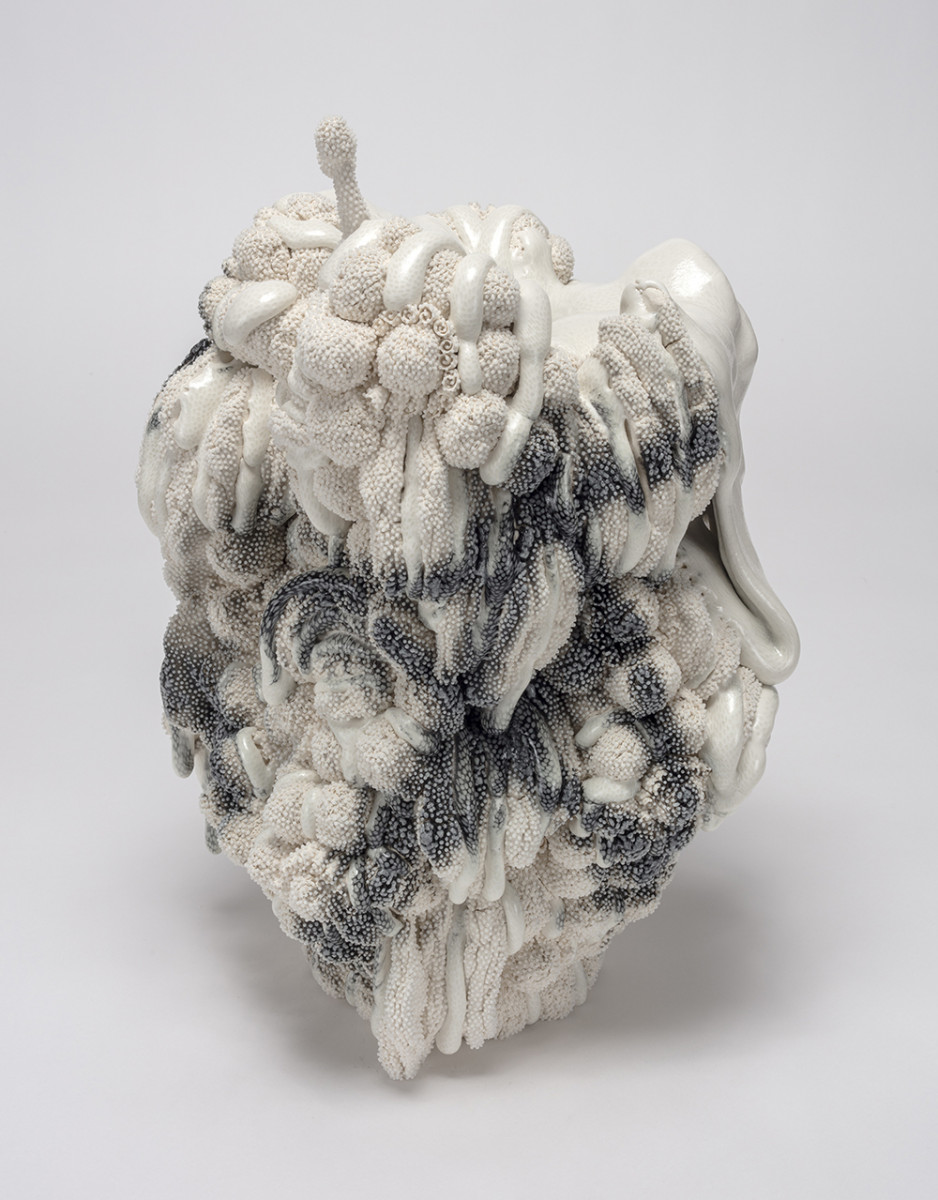 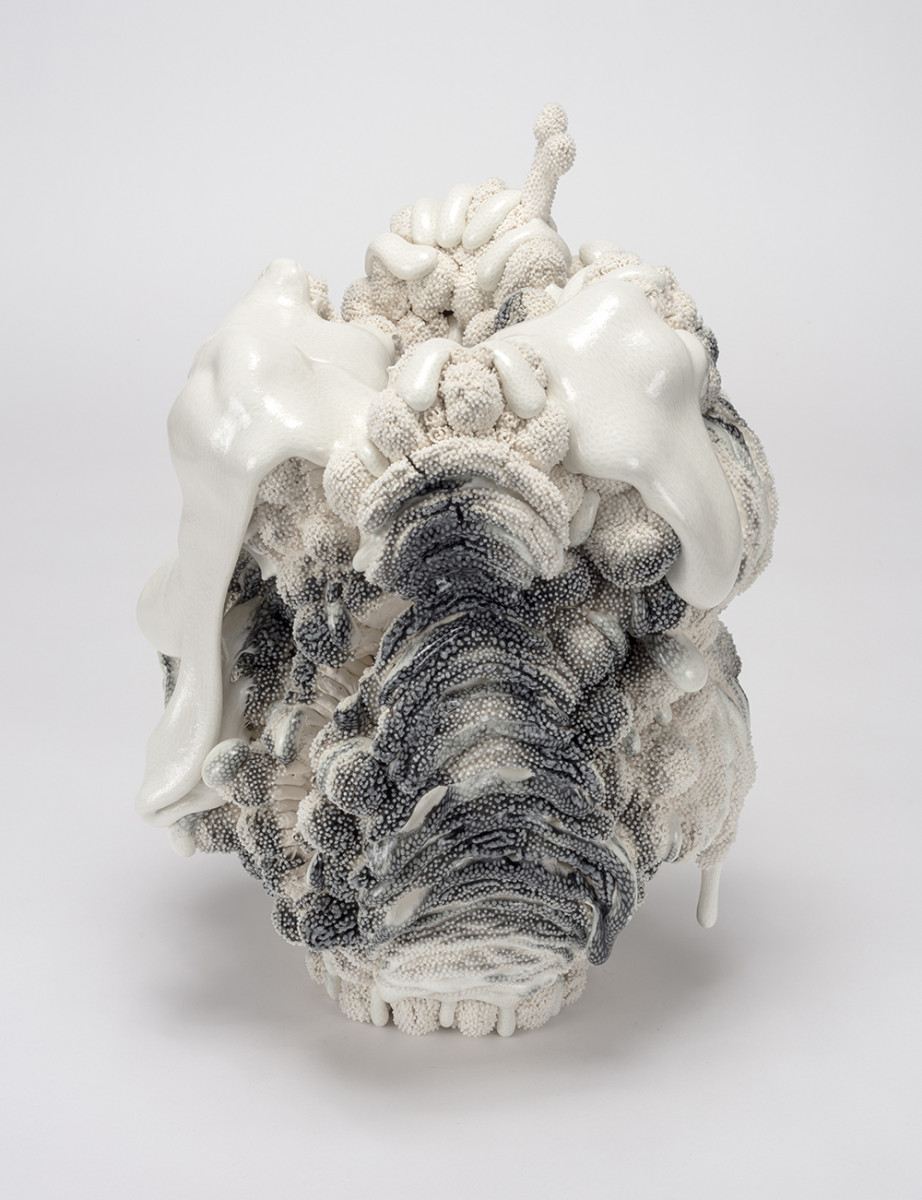 Steve Turner is pleased to present I Gotta Feeling, a solo exhibition by Ibaraki-based Kazuhito Kawai which features new ceramic sculpture. Some monochromatic and others gloriously colorful, the works were inspired by an association that Kawai makes whenever he hears The Black Eyed Peas hit song “I Gotta Feeling.” When it came out in 2009, the world’s economy was in dire straits following the collapse of Lehman Brothers, yet no matter the uncertainty and despair, the song, an anthem of optimism, always played at his favorite club when it closed at 6AM. As he recalls that moment, he senses parallels to the current time, where youthful hope seems to be balancing out fear and calamity. Kawai also sees his works as portraits of his emotions as they enter the kiln after many weeks of preparation, but after the firing, he finds them transformed into someone else. He likens the mix of works as guests at a party, and after years of only packing his works for shipments, he created these works with the hope that he might see them installed. I Gotta Feeling.

Born in 1984 in Ibaraki, Japan, Kawai earned a BA in Fine Art at Chelsea College of Art, London (2007) before returning to Japan where he earned a BA at the Ibaraki Prefectural College of Ceramics (2018). His work has been exhibited at Steve Turner (2021) Mitsukoshi Contemporary Art Gallery, Tokyo (2020); SHOP Taka Ishii Gallery, Hong Kong (2019);  t.gallery, Tokyo (2019) and House in Kasama, Ibaraki, Japan (2017). It has also been presented by Taka Ishii Gallery at Frieze, Los Angeles (2020),  Art Basel, Miami Beach (2019) and by Steve Turner at Untitled, Miami Beach (2021). This is Kawai’s second solo exhibition with Steve Turner.