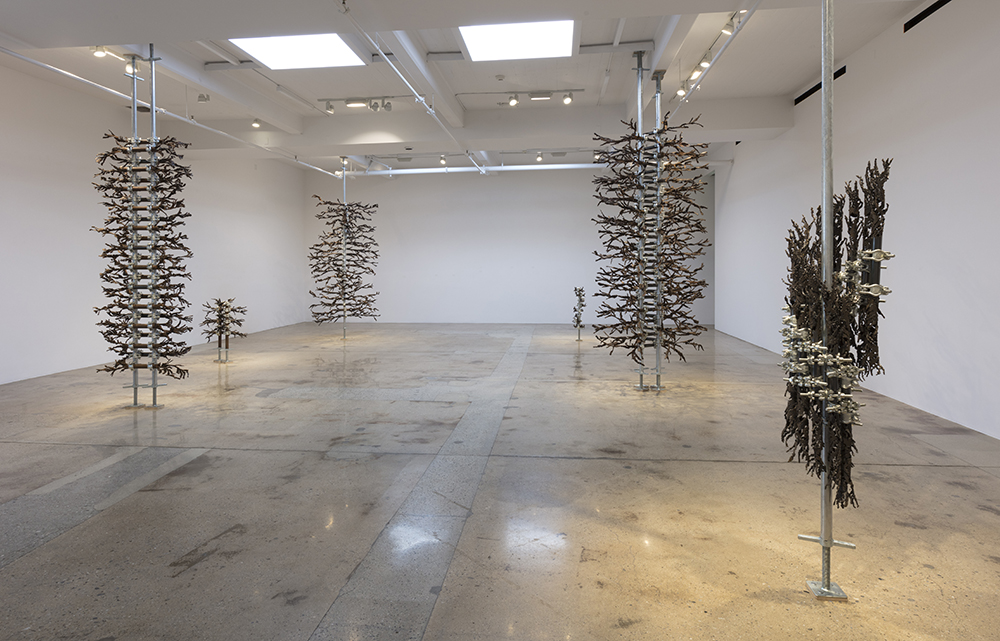 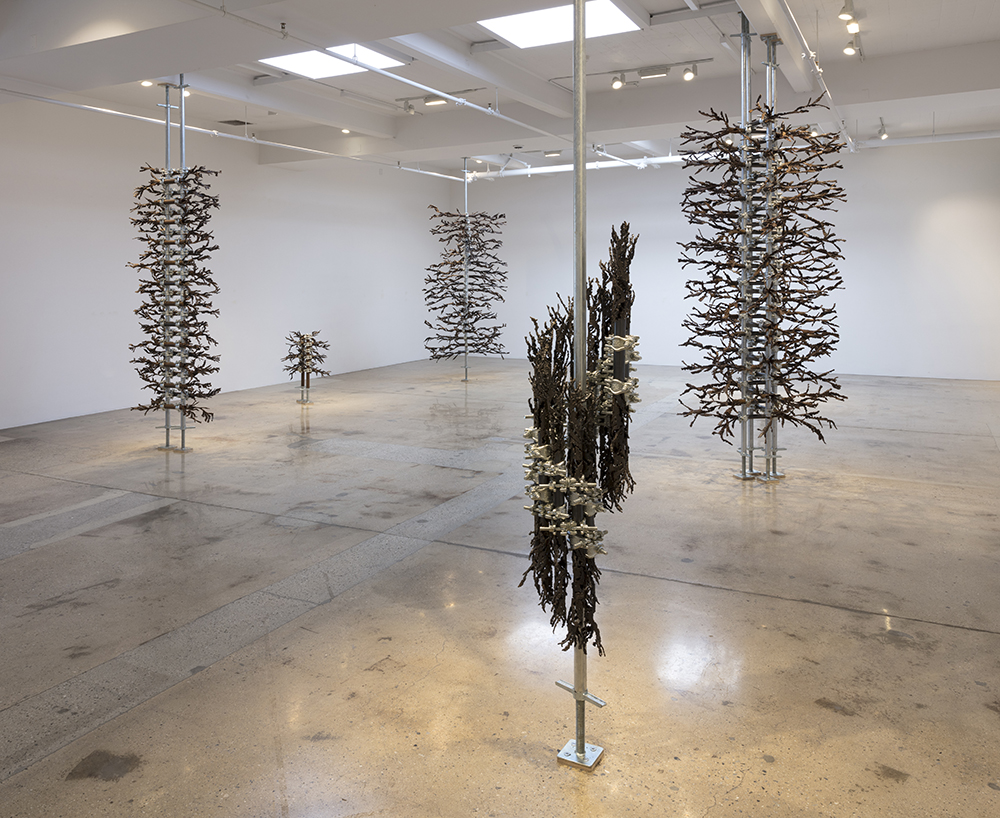 Steve Turner is pleased to present I’m Burning Here, a solo exhibition by Buenos Aires-based Luciana Lamothe. Her second exhibition at the gallery, it consists of six steel sculptures, four of which are site-specific, positioned between the floor and the supporting beams along the ceiling, while two smaller, parallel works rise up from the floor. Of the latter, it is not clear if they are growing towards the ceiling or if perhaps they once spanned the entire vertical space and have since decayed. Each work is made from rigid structural metal pipes that have been assembled with the scaffolding clamps typically used at construction sites, however, atypically, Lamothe altered the structural integrity of the pipes by corroding, burning and cutting into them.  In so doing, she has rendered the materials ambiguous. Whether they are structural or sculptural, supportive or dangerous, strong or weak, durable or decaying, they represent the breakdown of societal structure.