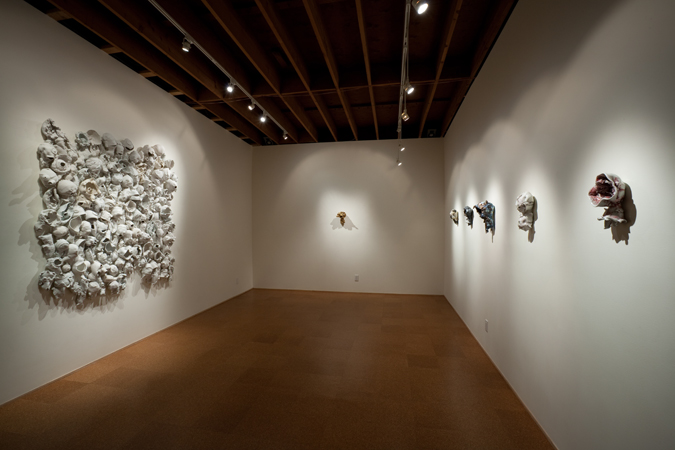 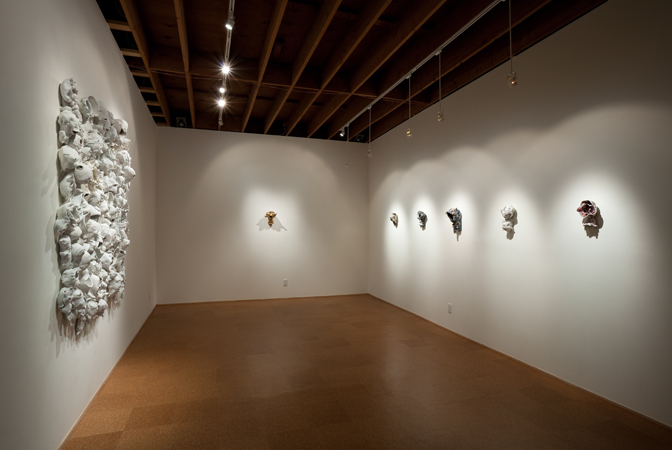 Steve Turner is pleased to present Darkness, Mitsuko Ikeno’s first solo exhibiton with the gallery.The centerpiece of the exhibition is a cluster of more than one hundred handwrought porcelain works which depict humanlike figures. They have a variety of surfaces, having been fired with three different glazes; some were then sandblasted after being fired.

The artist traces the origin of these works to her childhood in Kyoto where she played among statues of Buddha in the temples near her home and where she felt that they were speaking, laughing or shouting at her in the darkness. The temples were like her own gardens, and as she played hide and seek, she was free to enter and leave as she pleased. She discovered mysterious spaces that exuded a damp, incensed perfume, and the Buddhas that surrounded her expressed a range of feelings, from wrath and anger to peace, acceptance and joy. These were secret and sacred moments, and sometimes, she hid behind them or beneath their feet, occasionally witnessing an oblique light on their faces coming in from outside through the wooden door. Ikeno said: “I felt as if they were alive.These images have remained with me and they talk to me, even now.”