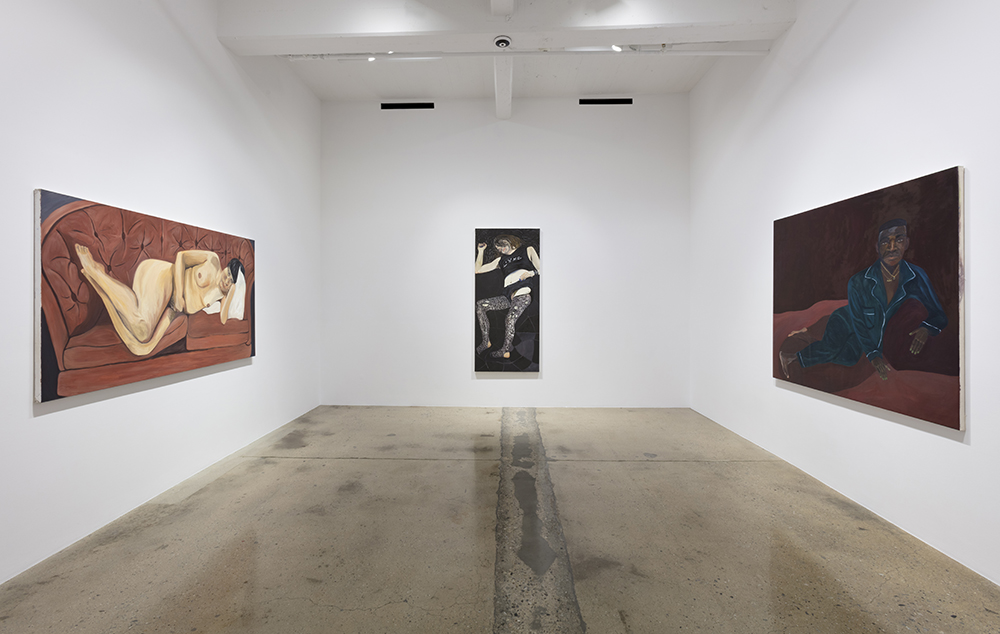 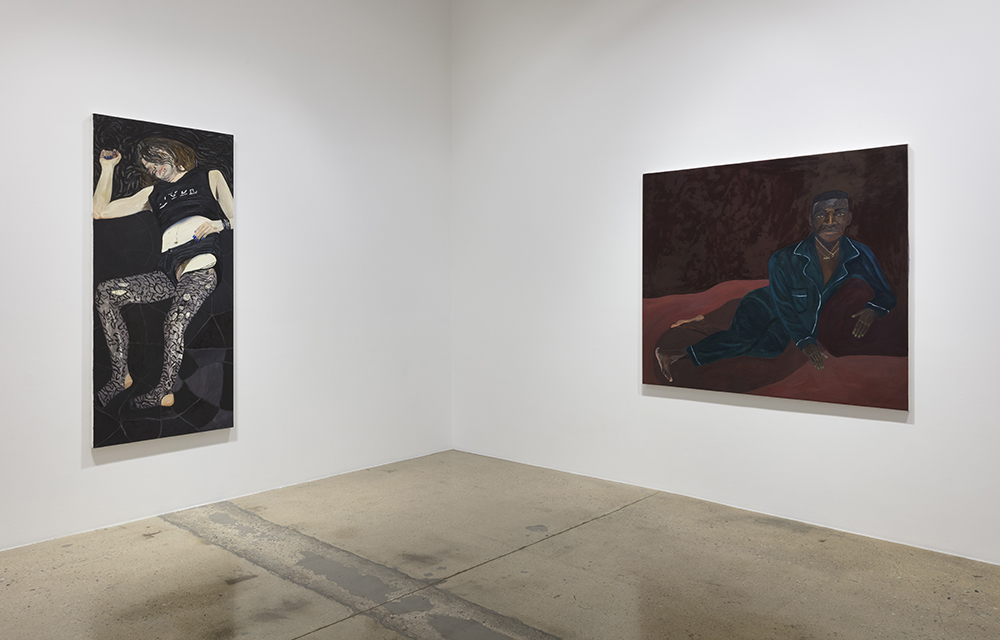 Steve Turner is pleased to present The Creators, a solo exhibition by Rebecca Shippee featuring four portraits that are scaled to life and painted from observation. Her subjects are queer, their bodies altered medically or through wardrobe choices. One figure bears top-surgery scars and whimsical tattoos, while another wears emerald green silk pajamas and a nameplate reading Boyland. The show’s title refers to self-fashioning, the art of inventing oneself, a pursuit particularly vital to queer life as well as to the fact that all the sitters are cultural creators–artists, writers and activists. In choosing to portray individuals with whom she has close personal relationships, Shippee rejects the traditional notions of “active artist” and “passive muse.” Instead, she portrays the sitters as creators of their own images.

Rebecca Shippee (b. 1991, Troy, New York) attended Bard College at Simon’s Rock, Great Barrington, Massachusetts (2010); earned a BFA at Purchase College, State University of New York (2013) and attended Skowhegan School of Painting and Sculpture (2018) before enrolling in the MFA program at Yale University where she is expected to graduate in 2020. She has presented work in numerous group exhibitions since 2012 and this is her first solo exhibition with Steve Turner. Shippee lives and works in New Haven.