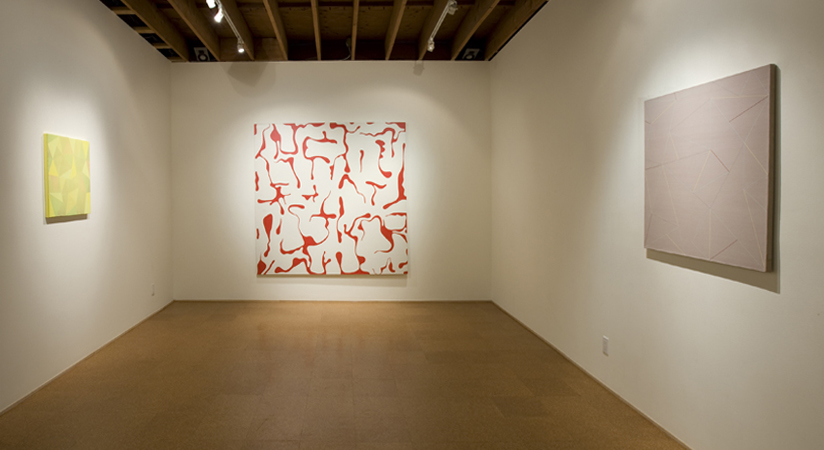 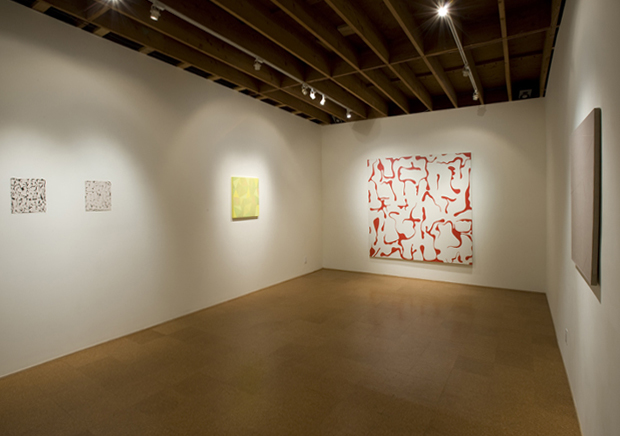 Steve Turner Contemporary is pleased to present a solo exhibition of paintings by Irish artist Ronnie Hughes. The title of his show reveals much about his process. A zygote is the first stage of a newly formed cell or, more figuratively, ‘life’ after conception.  This organism becomes both a determinant and a subject of the various processes that ensue to create the resultant being or entity.  In Hughes’ paintings the zygote may be an initial idea, a corruption of another image (as in Viscera where a template for drawing clothes has been used to create mutations) or seemingly random factors such as taking points from protrusions in the weave of the canvas and developing the drawing from these. In general, he is interested in the tension between fate and accident, order and entropy and purpose and coincidence. His paintings depict forms that are vaguely familiar from the natural world, and in further abstracting them, he creates strikingly original paintings that straddle the line between the natural and the artificial.

Born in Belfast in 1965, Ronnie Hughes studied at the University of Ulster, receiving an MA in Fine Art in 1989. He has had numerous solo exhibitions throughout Ireland and has participated in group exhibitions worldwide. He has received numerous awards including a one-year residency at PS1, New York (1990);  residencies at Banff Arts Center, Canada (1994); Bemis Arts Center, Omaha (1997); Vermont Studio Center (2006) and Albers Foundation, Bethany, Connecticut (2006). His work is held in many public and corporate collections including both Irish Arts Councils and the Irish Museum of Modern Art.

Ronnie Hughes: Zygotic Tendencies  has been supported by Culture Ireland as part of Imagine Ireland, their year-long initiative to showcase Irish arts in the United States in 2011.