For the Benefit of Humanity 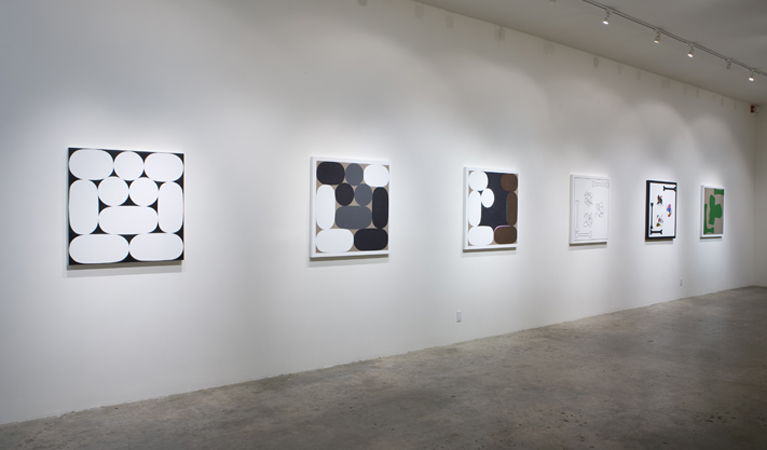 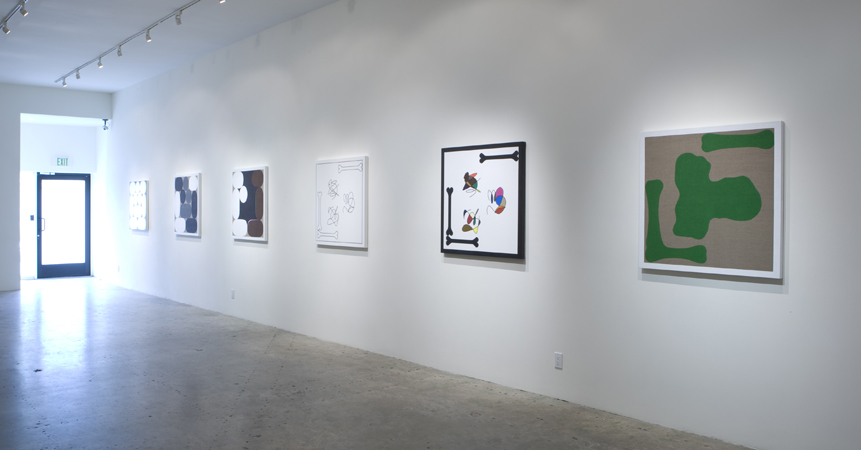 Steve Turner Contemporary is pleased to present For the Benefit of Humanity, a solo exhibition featuring new paintings by the Los Angeles-based artist Rowan Wood in its main gallery. This is his first solo exhibition with the gallery.

The boundaries of visual language and the varieties of experience that art provokes are central concerns running throughout Rowan Wood’s work. In his series titled Copy, Wood investigates the use of simple mark-making in an attempt to communicate without relying on familiar or pre-conceived forms. His Cage series paintings are statements on the limitations of human thought and the role words play in human life.

Wood’s newest work will be featured in For the Benefit of Humanity, and in it, he has concentrated on several standard categories of expression within the discipline of painting. This body of work consists of a single visual message that is repeated in a spectrum of shifting compositions and protean categories, including autobiographical/psychological; formalism; and pop art.

Defining the values of a visual symbol that result in it falling under one category or another is fraught with problems and exemptions to the rules. Nevertheless, these boundaries present the possibility of control over expression while pre-determining elements that affect the experience of the work. Wood explores the use of control and manipulation in an attempt to evoke different, new, or undefined experiences.

Born in San Francisco in 1977, Rowan Wood earned a BFA from UCLA in 2009. During his final year of study at UCLA he began two breakthrough bodies of work: Copy Paintings and Cage Paintings. They were introduced at Steve Turner Contemporary during Wet Paint (2009), an exhibition that featured the work of ten young Los Angeles painters, and were subsequently included in Panorama Los Angeles (ARCO Madrid, curated by Kris Kuramitsu and Christopher Miles, 2010).

Rowan Wood creates paintings and sculpture that long-time Los Angeles-based critic Peter Frank aptly described as contradictions of themselves. “Rowan Wood pretends at minimalist abstraction, but his works quickly give away their sources in the observed world…” and “Wood’s abstraction, then, is not abstract art as we know it at all, but a highly deracinated kind of pop art effacing itself into a condition of conceptual self-reflection.” (Huffington Post, April 27, 2012). Frank’s observations highlight Wood as a complex artist whose seemingly simple works are dense with content and self-contradiction.

Born in San Francisco in 1977, Rowan Wood earned a BA in Fine Art from UCLA in 2009. He has had solo exhibitions at Steve Turner (2010, 2012 & 2013) and his works have been in group exhibitions including Wall to Wall, Daniel Weinberg Gallery, Los Angeles (2010); Supernatural, Jancar Gallery, Los Angeles (2010) and Panorama Los Angeles (ARCO Madrid, curated by Kris Kuramitsu and Christopher Miles, 2010). Rowan Wood: Five Years of Paintings, with an essay by Sarah Lehrer-Graiwer and thirty illustrations of Wood’s paintings, was published in 2012.

2010
For the Benefit of Humanity, Steve Turner Contemporary, Los Angeles