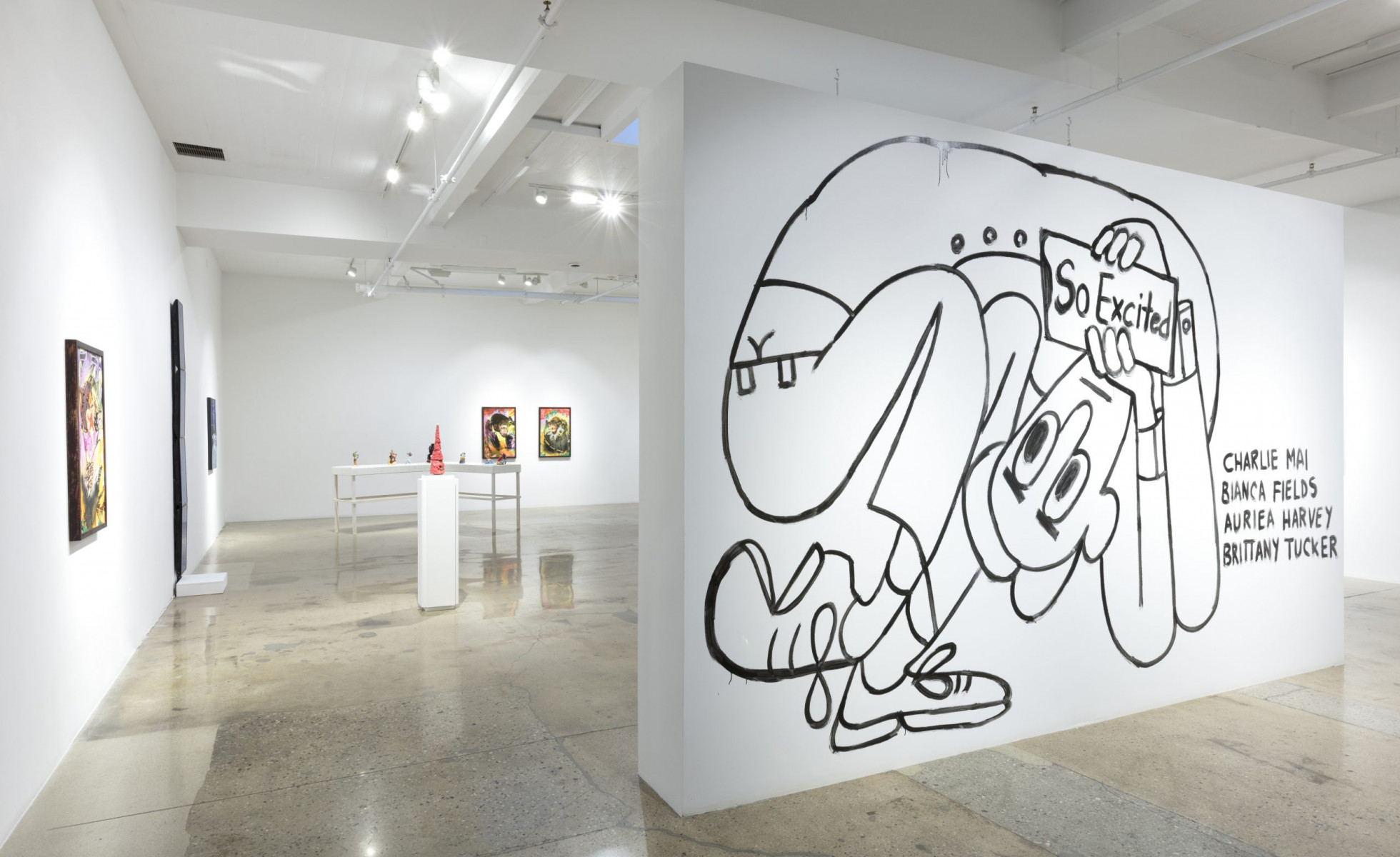 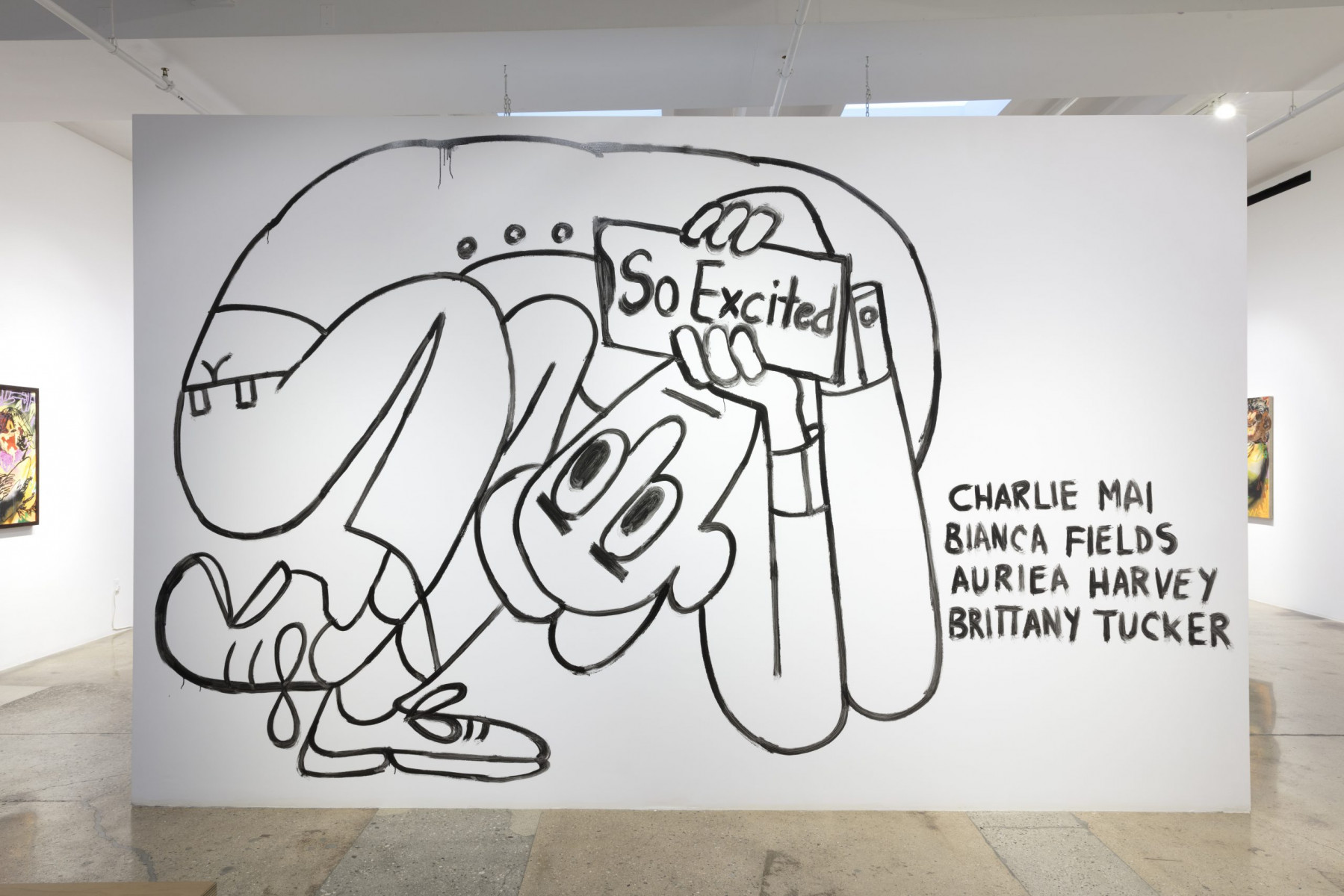 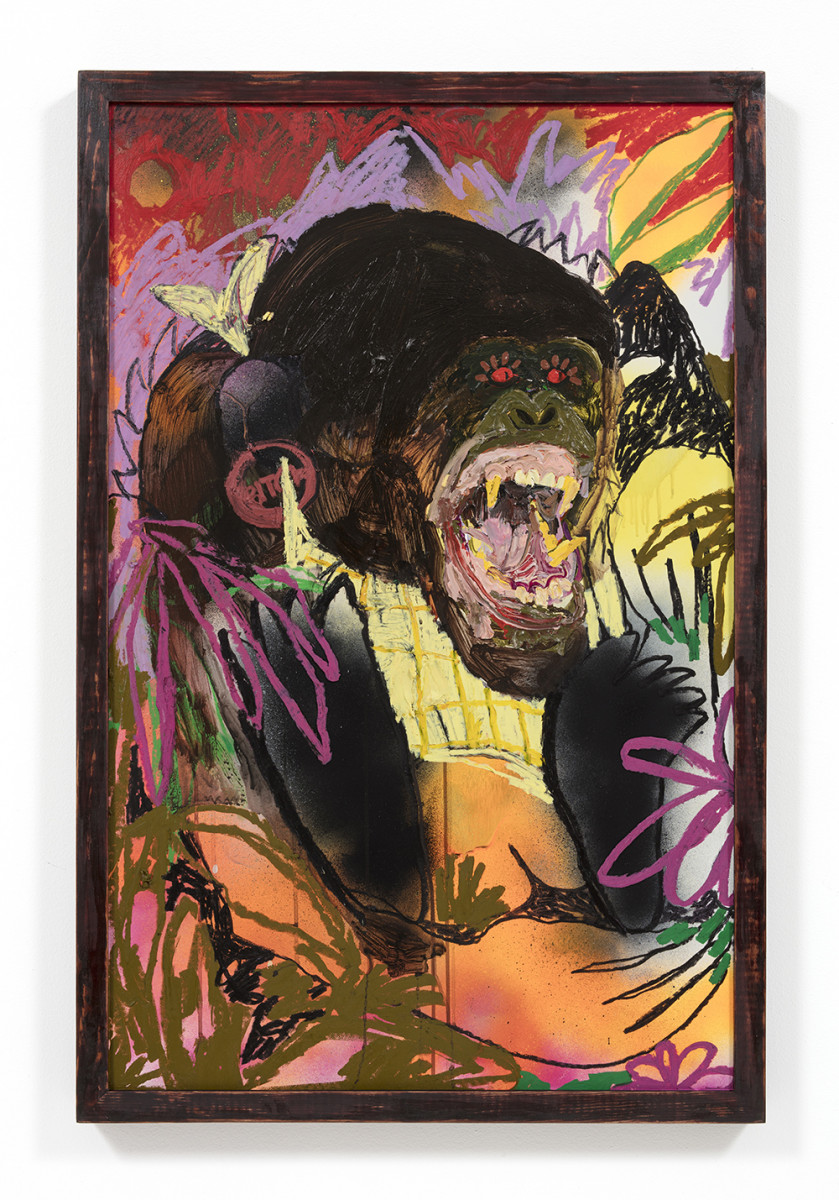 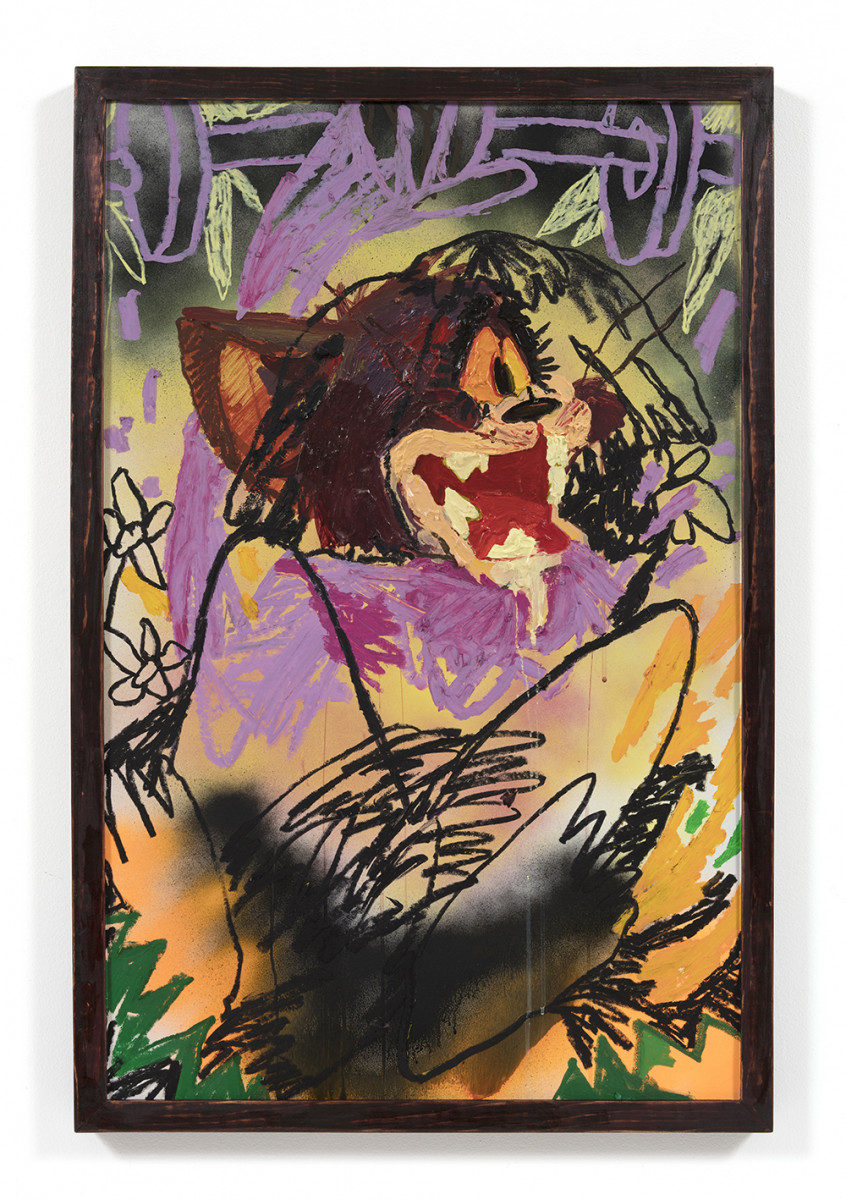 Steve Turner is pleased to present So Excited, a group exhibition curated by Brittany Tucker that considers art-making as a form of hacking. It features two and three-dimensional works by four American artists–Bianca Fields, Auriea Harvey, Charlie Mai and Brittany Tucker. A hacker is primarily thought to be someone who gains access to a computer system illegally in order to disrupt, destroy or steal. However, there is a lesser known definition of a hacker–someone who is immersed in the programming subculture and who spends their time to creatively solve technical computing problems. This is the definition that inspired this exhibition. Each of the participating artists takes an already established visual language and uses technical and creative skills to address complicated political histories and underrepresentation. “Hacking” also describes the challenge of making physical art in a digital age. By assigning a digital-age term to the age-old challenge of making relevant art, Tucker seeks to bridge a gap and plant new seeds.

Bianca Fields (b. 1995, Cleveland) earned a BFA from the Cleveland Institute of Art (2019). She has had a solo exhibition at Dragon Crab and Turtle Gallery, St. Louis (2021) and has had work exhibited at Ruttkowski68, Paris (2020) and Bellevue Art Museum, Seattle (2019). She will next present works at The Armory Show, New York (September 2021) with Steve Turner. She lives and works in Kansas City, Missouri.

Auriea Harvey (b. 1971, Indianapolis) is a pioneering net artist and videogame designer who was based in Ghent for twenty years before moving to Rome in 2019 where she now lives and works. Her recent works blend digital and handmade production, examples of which were presented in her first solo exhibition at bitforms gallery, New York (2021). Harvey has also presented works at MEET Digital Culture Center, Milan; Transfer Gallery, Los Angeles; Telematic Media Arts, San Francisco and one of her digital sculptures recently sold at Christie’s curated NFT auction.

Charlie Mai (b. 1995, Arlington, Virginia) received a BA at Bard College (2018) and since graduating has developed his practice with focus on sculpture and performance. His work has been exhibited at Allouche Gallery, New York (2019) and DecameronTV (2020). He lives and works in Bogota.