The Dog, the Tree and the Catfish 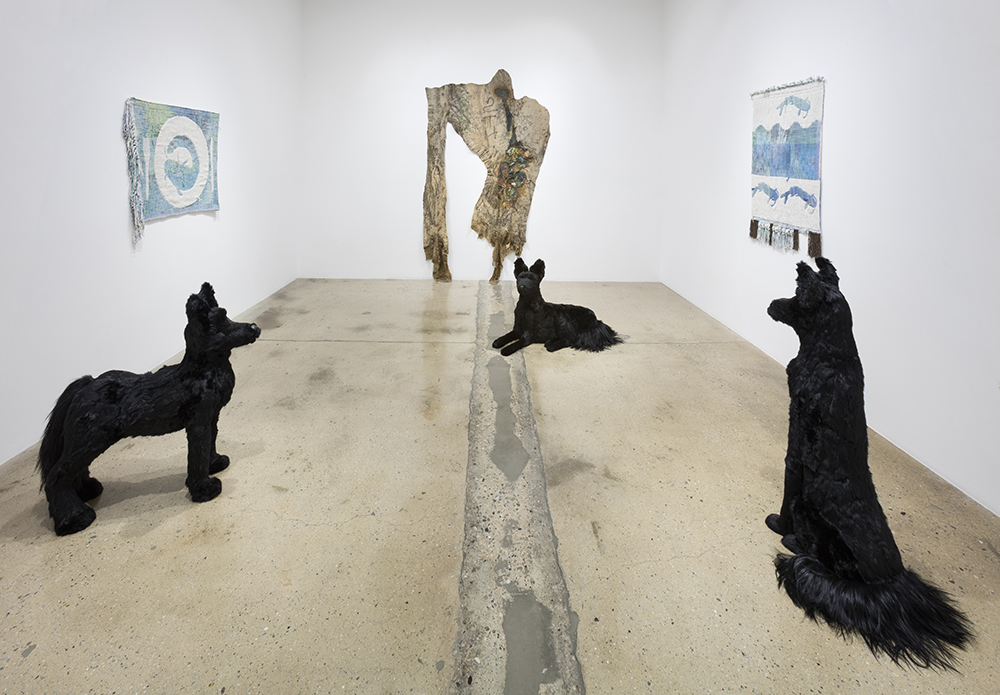 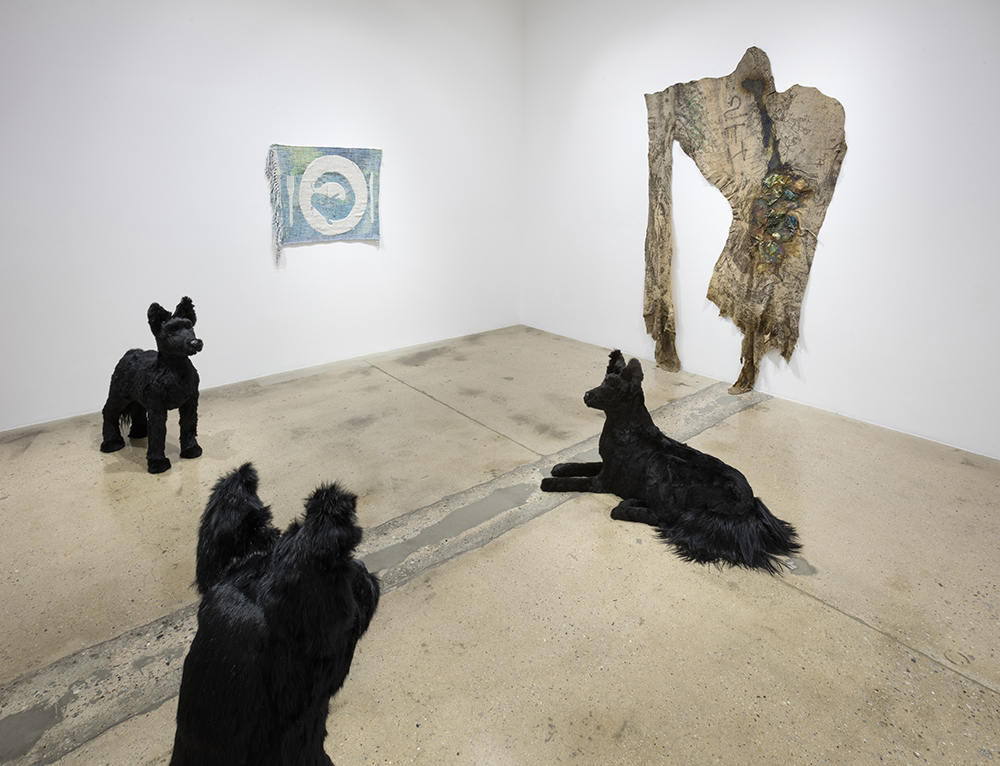 Steve Turner is pleased to present The Dog, the Tree and the Catfish, a three-person exhibition featuring works by Jacqueline Laurita Cortese, Eddie Rodolfo Aparicio and Diedrick Brackens. The title of the exhibition describes the prominent image within each artist’s work: Cortese—fur covered lifesize ceramic sculptures of dogs that resemble German Shepherds; Aparicio—a painting that is made from rubber, paint and tree residue that resembles the surface of a flattened tree; and Brackens—weavings that incorporate the image of a catfish. Each artist combines personal subject matter with highly developed skills to create their singularly beautiful and somewhat strange objects. Biography always informs an artist’s work (Cortese is from suburban Long Island; Aparicio, from a Salvadoran neighborhood in Los Angeles and Brackens, from Mexia, Texas) but in making strange versions of familiar images (a dog, a tree and a catfish),  each artist has signaled that far more is behind her/his work.

Eddie Rodolfo Aparicio (born 1990, Los Angeles) is a first generation American of Salvadoran descent whose work focuses on the Salvadoran diaspora and related themes. He earned a BA from Bard College, Annandale-on-Hudson, New York (2012); an MFA from Yale University, New Haven (2016) and attended Skowhegan School of Painting and Sculpture (2016). Aparicio was the 2016 recipient of the Schell Center for Human Rights Yearlong Fellowship and the 2014 recipient of the National Endowment for the Arts Fellowship. His work will be included in several other exhibitions at Steve Turner in 2018. He lives and works in Los Angeles.

Diedrick Brackens (born 1989, Mexia, Texas) earned a BFA at the University of North Texas, Denton (2011) and an MFA at the California College of the Arts, San Francisco (2014). His recent solo exhibitions include those at the Ulrich Museum of Art, Wichita (2017); Steve Turner (2016); Johansson Projects, Oakland (2015) and Conduit Gallery, Dallas (2015). His work will be included in several other exhibitions at Steve Turner in 2018. Brackens is currently Assistant Professor of Fiber Arts in the School of Art at California State University, Long Beach. He lives and works in Los Angeles.