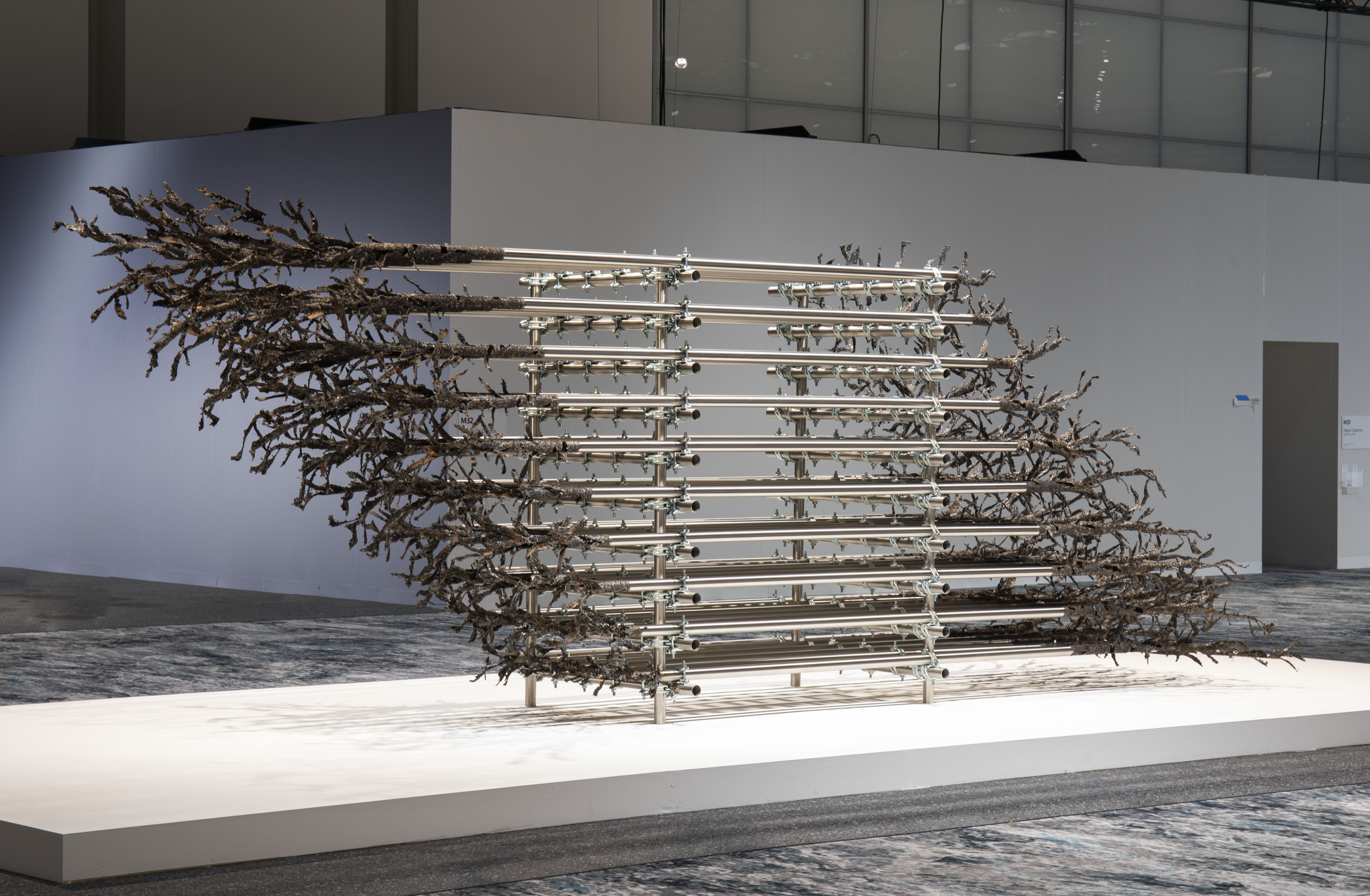 The structure of this new work by Luciana Lamothe consists of a tube scaffolding subjected to a series of transformations and weakening of the constitutive material. The ends of the tubes are burnt, broken, opened, and lacerated – dematerialized and yet aggressively corrosive. Of her work, she once said: ‘I like to think any art created always possesses a quota of anarchism, mainly from the aesthetic point of view. What I do with my work is to carry out operations pertaining to an artistic conscience […]. My operations are clandestine, without authorization; that is to say, outside the art institutions. This is what turns my work anarchist.’

Luciana Lamothe (born 1975 in Buenos Aires) is an installation artist known for her metal and wood sculptures resembling architectural elements. She received a degree from the National School of Fine Arts Prilidiano Pueyrredon, Buenos Aires (1999), and studied under Guillermo Kuitca at the Universidad Torcuato Di Tella (2010-2011). Lamothe was awarded the Lichter Art Award for contemporary video art in Frankfurt (2011), and the Itaú Cultural Award in Buenos Aires (2011). She unveiled her first public commission as part of the Art Basel Cities Week in Buenos Aires (2018) and has recently been awarded the Pollock-Krasner Foundation Grant (2019). Lamothe lives and works in Buenos Aires.