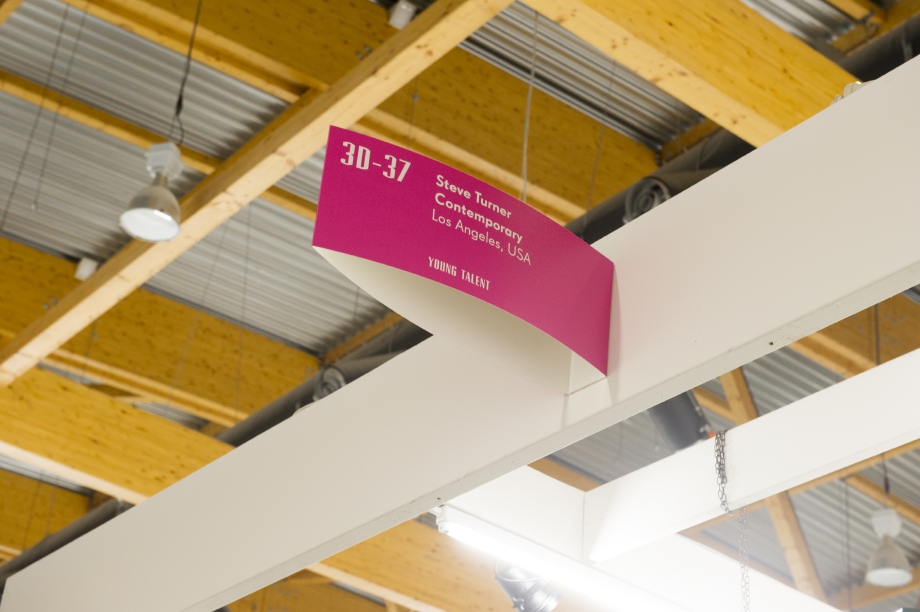 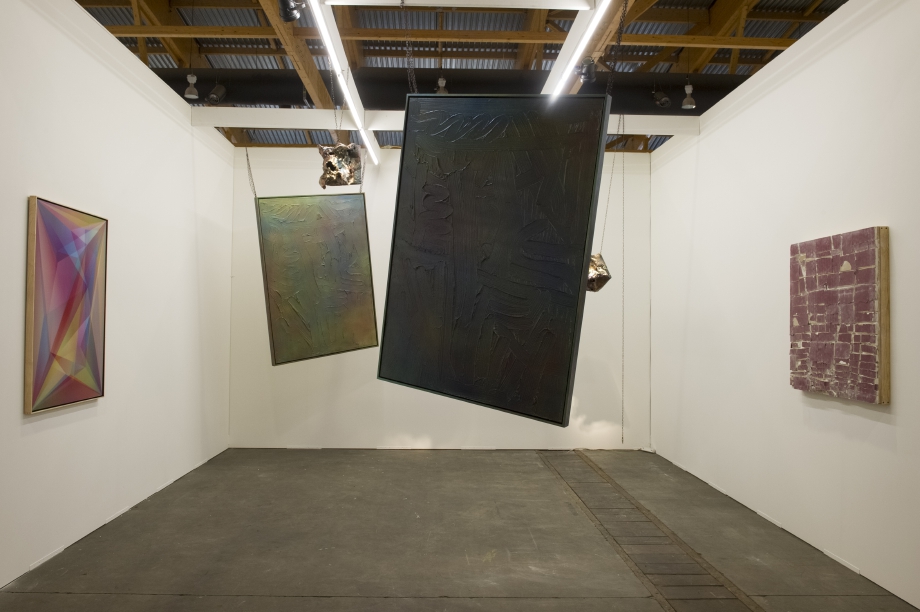 Steve Turner Contemporary is pleased to announce its participation in ART BRUSSELS where we will present the work of Parker Ito, Pablo Rasgado and Rafaël Rozendaal.

We will present two new abstract paintings and two new ceramic sculptures. Each painting, covered in thick modeling paste, was created in tandem with a twin so that they match each other stroke for stroke. As they were created simultaneously, each being the model for the other, they call into question the notion of “original” and “copy.” They were then spray painted with automotive flip flop paint so that the color varies depending upon the vantage point of the viewer. The ceramic sculptures were created in similar fashion.

We will present two new Unfolded Architecture paintings that the artist created from former temporary museum walls. In much of his practice, Rasgado uses public walls to create new abstractions. Sometimes the walls have political or social content. Sometimes they simply contain an image that the artist wants to capture and present in a new way. Whatever the source, Rasgado seeks to represent a frozen moment. In the case of the Unfolded Architecture paintings, they represent specific moments within a museum’s history and indeed in art history.

We will present a new lenticular print that depicts a multitude of vantage points within one of the artist’s websites. In his multifaceted practice, Rozendaal utilizes the electronic screen to create work that resides somewhere between painting and animation. He creates websites as individual works of art, each having a title that also serves as its domain name. Though collectors may buy his websites, Rozendaal stipulates in his Art Website Sales Contract that the sites must remain on public view.  His installations involve oscillating light and reflections that transform his online works into spatial experiences. At Art Brussels, we will present the artist’s first lenticular print, a static work that is activated by the movement of the viewer.

Rafaël Rozendaal (born Amsterdam, 1980) has had solo exhibitions at Steve Turner Contemporary, Los Angeles (2012); Spencer Brownstone, New York (2010), TSCA Gallery, Tokyo (2010), Netherlands Media Art Institute, Amsterdam (2010) and Stedelijk Museum, Amsterdam (2006). His works were presented on the world’s largest LED screen in Seoul Square (2012, curated by Lauren Cornell) and have been included in the Internet Pavillion at the Venice Biennial (2009) and the Valencia Biennial (2005). He also participated in  Maps for the 21st Century  at the DLD Conference in Munich (2012, curated  by Johannes Fricke & Hans Ulrich Obrist). He lives and works everywhere.