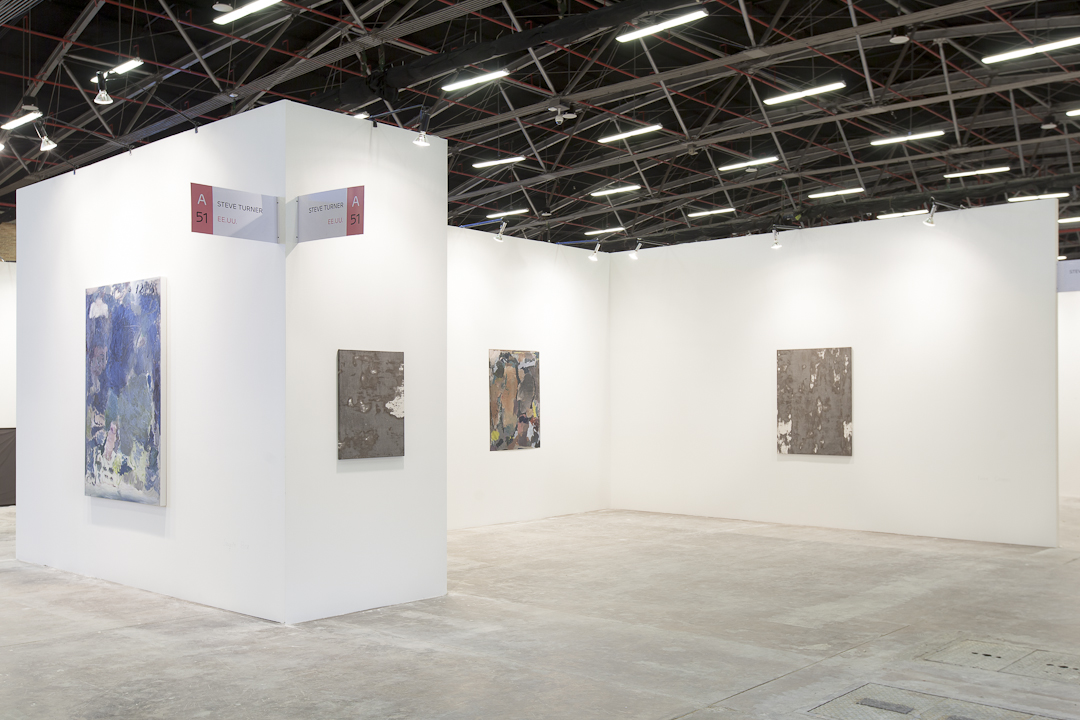 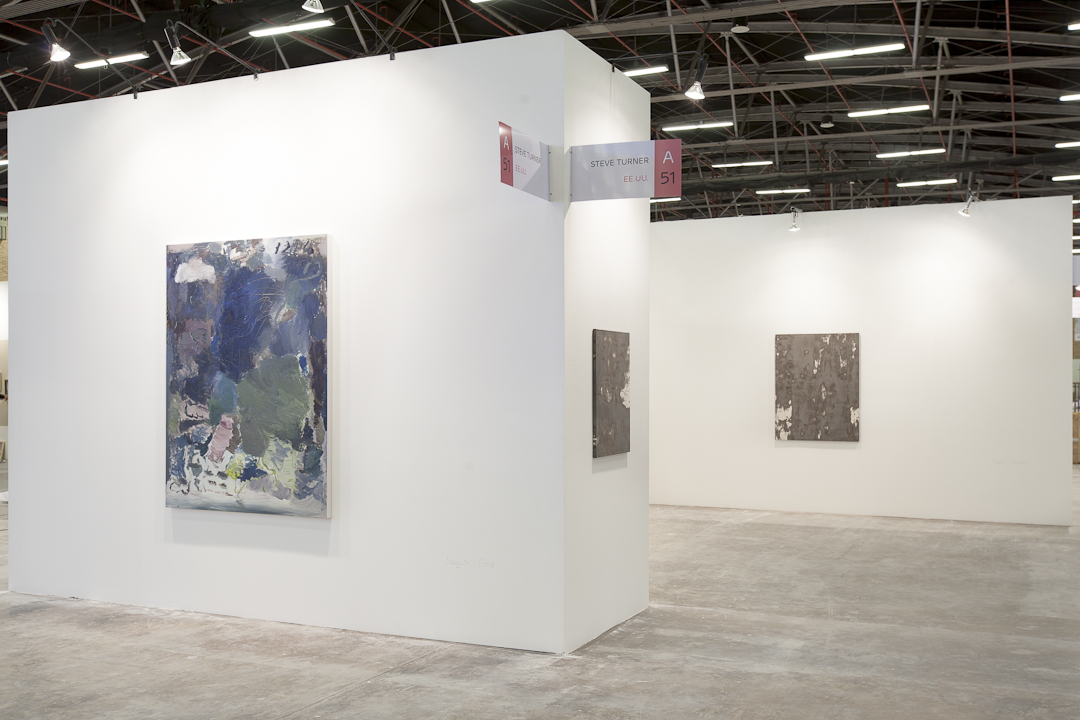 At ARTBO 2015, Steve Turner will present new paintings by two young painters from Argentina–Joaquín Boz and Ivan Comas. Both create abstract paintings that are informed by their surroundings, yet their processes and results are strikingly different.

Boz’s works are colorful, gestural compositions that consist of numerous layers of oil paint that he applies directly with his hands. Color, line, composition and texture are all integral to Boz’s dynamic works. Much like a jazz musician, he improvises until he finally settles on a successful composition.

Comas’ works on canvas are typically black, white and grey and are made from such non-traditional materials as asphalt, cement, aluminum deposits and house paint. Comas will present a group of “Reverse Paintings” that consist of painted canvases that he restretched to expose the unpainted, reverse side: The pigments that leached through the canvas fibers result in the new image. The urban landscape is the focus of Comas’ practice and his works represent overlooked aspects of city life–cracked sidewalks, graffiti-covered walls and decaying asphalt.

Joaquín Boz (born 1987, Buenos Aires) studied at Universidad Torcuato Di Tella, Buenos Aires under the direction of Jorge Macchi. He has had a solo exhibition with Móvil, Buenos Aires (2014) and was awarded the First Prize Salón Nacional de Rosario, Buenos Aires (2015). He is the youngest artist to be included in My Argentina, curated by Albertine de Galbert, at La Maison Rouge, Paris (2015) and will be part of a group exhibition at UNTITLED, Miami Beach in December 2015.

Ivan Comas (born 1987, Buenos Aires) earned an MFA at the École des Beaux Art, Paris (2012) and has had solo exhibitions at the Vergez Collection, Buenos Aires (2014); Steve Turner, Los Angeles (2015) and Art Berlin Contemporary (2015). He will also be part of a group exhibition at UNTITLED, Miami Beach in December 2015.