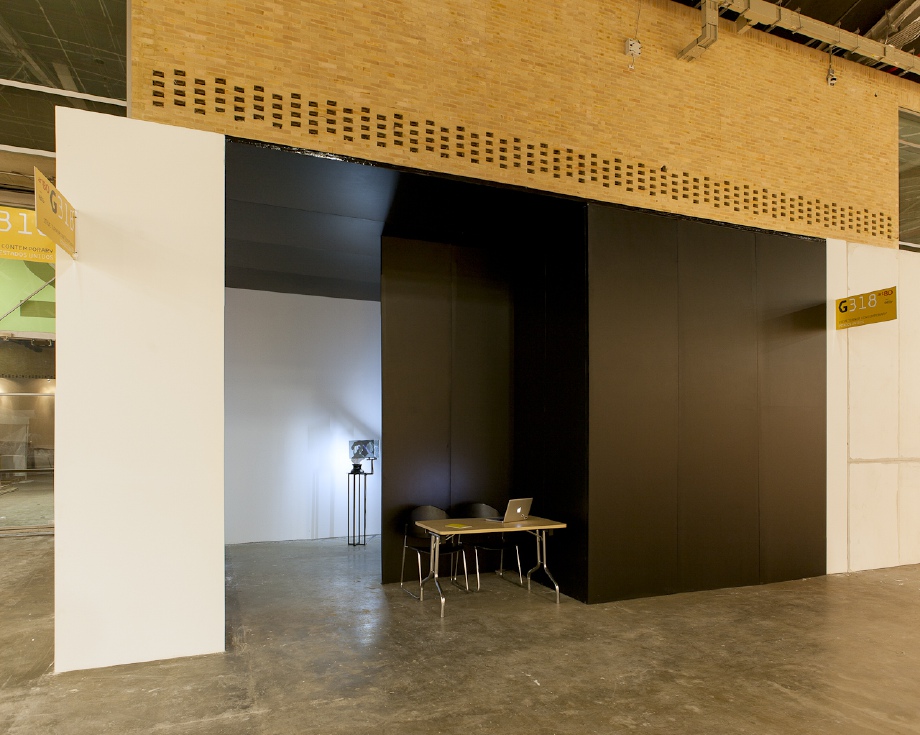 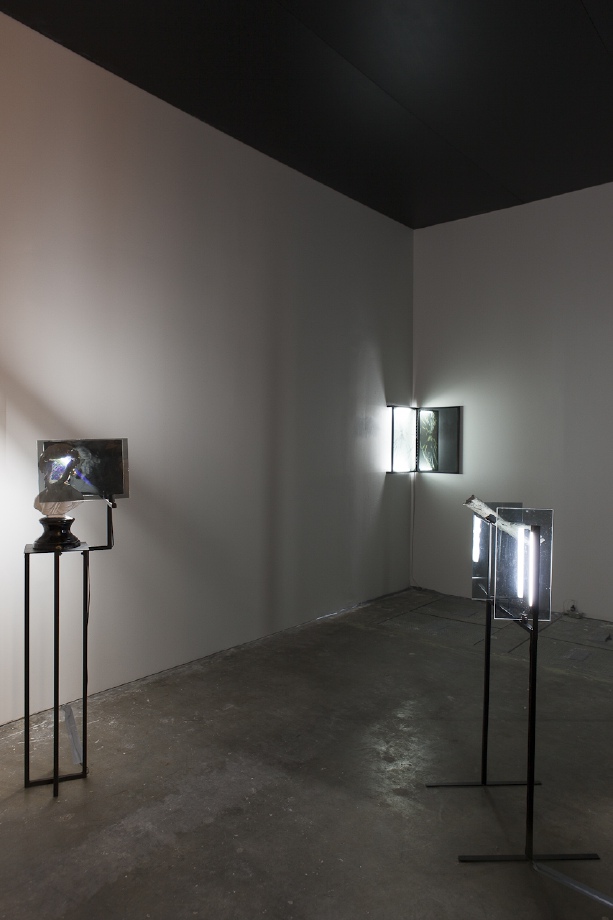 Steve Turner Contemporary will make its debut at artBO with a solo exhibition by Mexico City-based artist Pablo Rasgado. Rasgado spent the month of October in Bogotá in order to explore the city and create work expressly for artBO. The result is a group of sculptures that include broken objects that have been repaired with both photographic filters and adhesive tape. When presented in the darkness of the booth at artBO, the filters and tape produce prismatic light effects. Rasgado is interested in the way in which objects and buildings fall into ruin—and how ruin is often staved off in Latin America by creative and often impractical repair-work. By highlighting the missing elements of the broken objects, Rasgado continues his practice of casting light on neglected aspects of urban daily life. In these works, the cast light results in new, prismatic images that are born of violence and decay, images in which the artist distills the passage of time into something revealing and tangible.

In his practice, Rasgado creates works that relate to urbanism and abstraction. Like an archaeologist, he mines micro-histories to illuminate contemporary life. In some past works, he has used the technique of strappo to extract painted passages from public walls to create abstract paintings that possess social, political and aesthetic content. In others, he has used drywall from temporary museum exhibitions to create abstractions that transformed what had been background material into something noticeable. In both cases, Rasgado creates new images from discarded or overlooked material that distill a concept that is elusive and abstract—he depicts the passage of time.