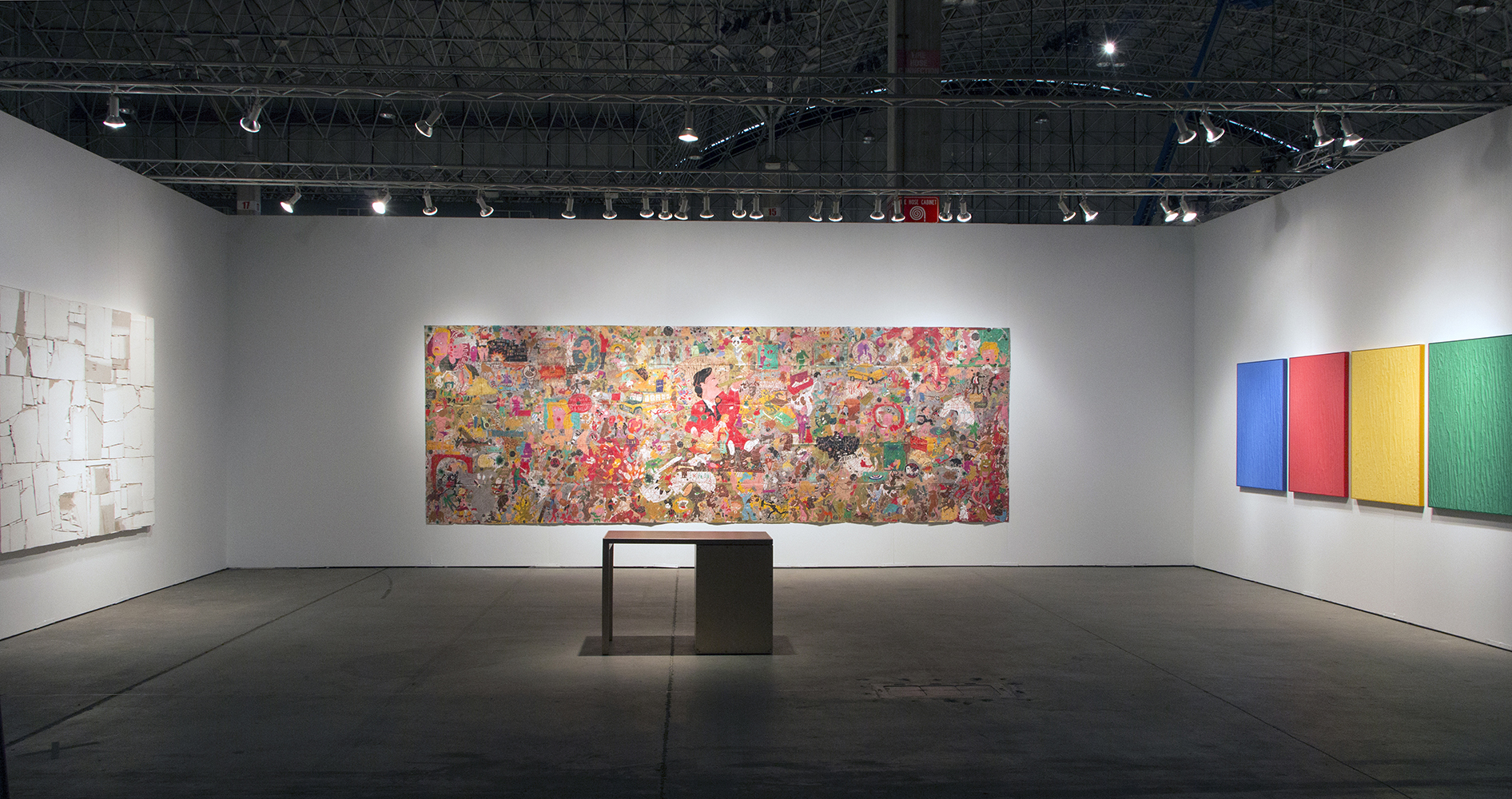 Steve Turner Los Angeles will present three new, monumental works by Pablo Rasgado, Camilo Restrepo and Michael Staniak at the gallery’s debut at Expo Chicago. Rasgado will present the single largest work to date from his series Unfolded Architecture. These abstract works are composed of fragments of drywall that the artist collects following the demolition of walls at temporary museum exhibitions. Restrepo will also present his largest work to date, Bowling for Medellín, a 20-foot wide drawing that relates to the drug violence in his native Colombia. His process includes actions which damage and scar the surface of the image followed by those which reconstruct it. Staniak will debut a new series in which he continues his exploration of analog and digital processes in painting; it will consist of four monochromatic paintings that utilize the colors of Google’s logo: red, blue, yellow and green.

Camilo Restrepo (born 1973, Medellín), earned an MFA from CalArts (2013) and a masters degree in aesthetics from the National University of Colombia (2008). He has had solo exhibitions at Galería Santa Fe, Bogotá (2011); Casa Tres Patios, Medellín (2010); Galería de la Oficina, Medellín (2010) and LA Galería, Bogotá (2009). In 2010, Restrepo was nominated for the Premio Luis Caballero, the most important prize in Colombia for artists over 35. His third solo exhibition at Steve Turner is on view in September / October 2015. He lives and works in Medellín.

Michael Staniak (born 1982, Melbourne) earned a BFA and an MFA from the Victorian College of the Arts, Melbourne as well as a BA from Middle Tennessee State University. He has had solo exhibitions at Contemporary Art Museum, St. Louis (2015); Annarumma Gallery, Naples (2015); and Steve Turner, Los Angeles (2014 & 2015). His work has been included in group shows at The Moving Museum’s Istanbul project (2014) and Kunsthalle Vienna (2014 & 2015). The Contemporary Art Museum, St. Louis will publish a monograph later this year. He lives and works in Melbourne.