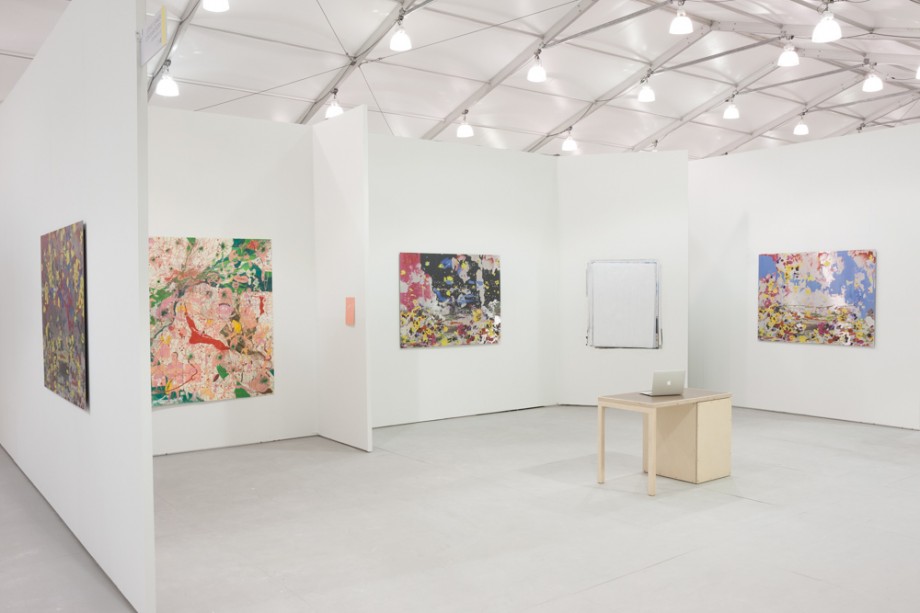 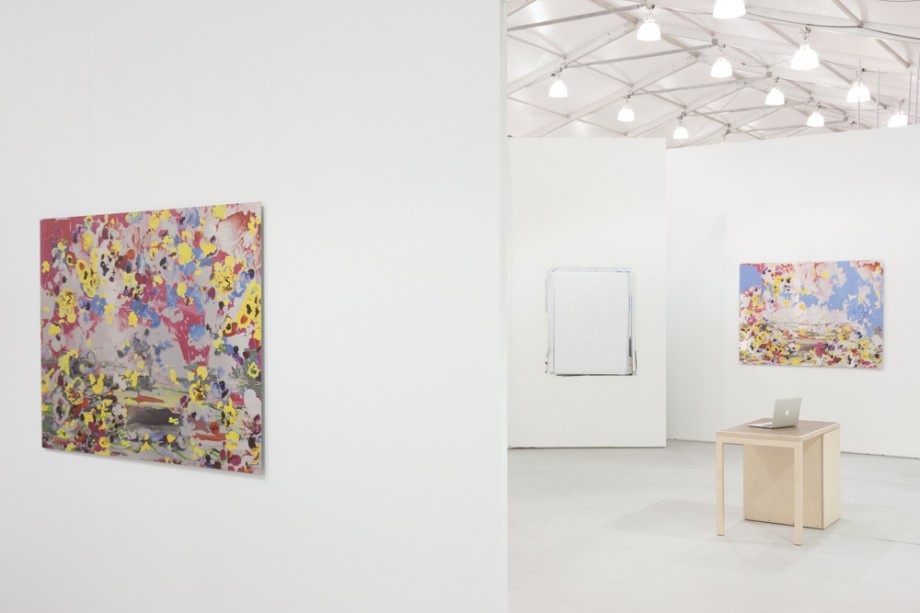 Petra Cortright began presenting work on the internet at age fifteen and has been one of the best known and most widely exhibited internet artists over the last decade. In the last few years, Cortright has moved beyond just jpegs, websites and YouTube and has begun to incorporate elements of the online experience into her static works. At UNTITLED, we will present a selection of webcam videos as well as digital paintings on aluminum. The webcam videos are all self-portraits entirely free of post-production editing and they are priced according to the number of times they have been viewed on YouTube. Cortright’s most recent works are fantasy landscape paintings that she creates digitally on her computer; they are then printed on aluminum. Her first extensive solo exhibition is currently on view at Steve Turner where it will remain through December 21, 2013.

Pablo Rasgado has created an extensive and diverse body of work during the last five years. As a resident of Mexico City and having had lengthy visits to Bogotá, Lagos, Los Angeles, New York, Paris, Quebec, Tel Aviv and Tijuana, Rasgado explores cities as though he were an urban archaeologist. He investigates micro-histories that relate to architecture and the use of public space.  At UNTITLED, we will present Vanishing Act, an installation consisting of sixty poster-size photographic prints and a slide projection. Rasgado will have solo projects in 2014 at ARCO Madrid and Art Basel as well as his fourth solo exhibition at Steve Turner.

Camilo Restrepo creates works that represent the drug violence that for decades has besieged Colombia. Using techniques more often associated with sculpture, he highlights the materiality of paper by scratching, scraping and cutting into it. He erases with a precision knife leaving scars and wounds that remain visible.  At UNTITLED, we will present A Land Reform 3, a large drawing based on the aliases of those connected to the drug cartels.

As one of the featured artists in UNTITLED PROJECTS, Restrepo will also create an installation consisting of two in-process drawings and an elaborate system of steam-emitting tubes connected to a pressure cooker. During the run of UNTITLED, Restrepo will use steam to melt away the top layer of the drawings. In so doing, a hidden layer of imagery will be revealed that depicts, like a map, the interconnected and complicated network of Colombian narco-players.

Michael Staniak explores the relationship of technology and craft by creating complex, abstract trompe l’oeil paintings that seem to be computer generated. In fact, they are meticulously created by hand with layers of casting compound and a delicate airbrushed surface. The results mimic inkjet printing and suggest a holographic effect. Staniak’s work will be featured later this month in Merge Visible at Horton Gallery, New York and he will have his first solo exhibition at Steve Turner in March 2014.