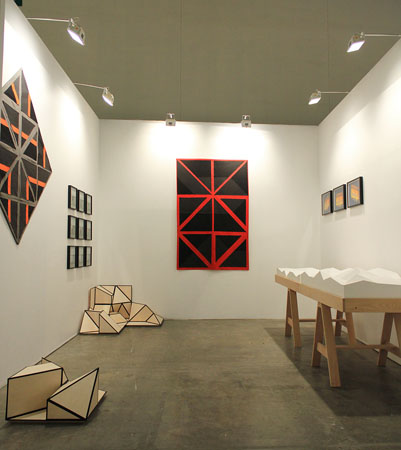 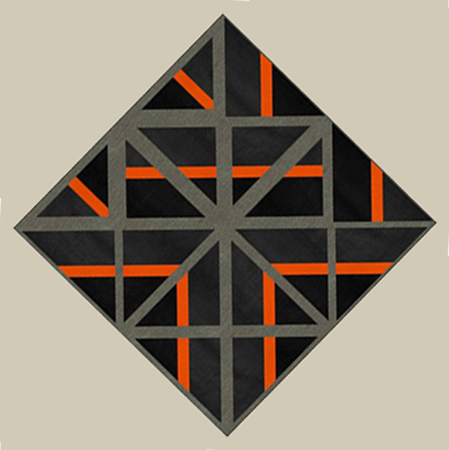 Javier M. Rodriguez honored as top finalist for Premio Centenario
Steve Turner Contemporary is pleased to present White Boxes, a solo exhibition by Guadalajara-based artist Javier M. Rodriguez, in which all of the works are based on anagrams and palindromes. For example, in one sculptural work, Rodriguez re-arranged a solid box as if it were an anagram, while he simultaneously created a time-based palindrome wherein the work is actualized through being unfolded and re-folded: after opening and becoming a sculpture, it folds back and becomes its’ own packing crate.

In science and engineering, a black box is a system or object that can be viewed only in terms of its input and/or output: there is no knowledge of its internal workings. Black boxes are opaque-or black-such as transistors, algorithms or even the human mind. Rodriguez’s White Boxes refer to the opposite: transparent systems in which all of the components are open to inspection. To that end, Rodriguez presents individual works that are mysterious and poetic yet whose general mechanics are in full view.

Born in Guadalajara in 1980, Javier M. Rodriguez creates sculpture, ready-mades, photographs, drawings and interventions through processes that utilize elements of chance, physics and scientific theory. In so doing, he makes works that have the seemingly conflicting attributes of being spontaneously organic as well as being architecturally designed. The ironic consequence of Rodriguez’s formulaic and chance determined processes is that his works bear unmistakable signs of his authorship.

Rodriguez had a solo exhibition with Galeria Curro y Poncho, Guadalajara (2009) and will have his first first solo exhibition in the United States in July 2011 at Steve Turner Contemporary, Los Angeles. His works have been included in group exhibitions at Morono Kiang Gallery, Los Angeles (2010); Centro Cultural Border. Mexico City (2010); CAM Contemporaneo. Guadalajara (2010); B.P.S.22, Province de Hainaut, Belgium (2009) and as part of the Puerto Vallarta Arte Contemporaneo (2008). He currently is a grant holder from FONCA, The Mexican National Fund for Culture and Arts.