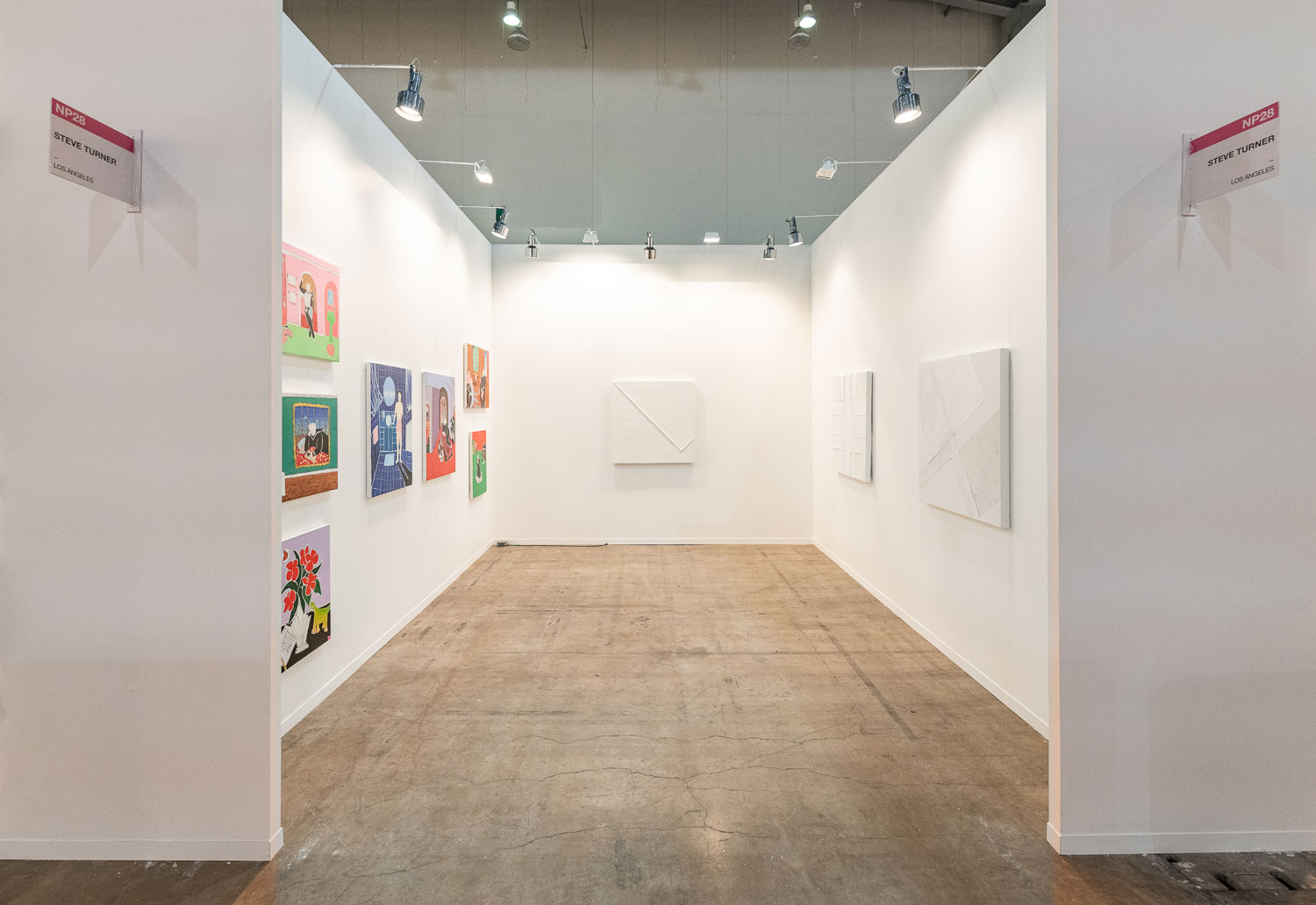 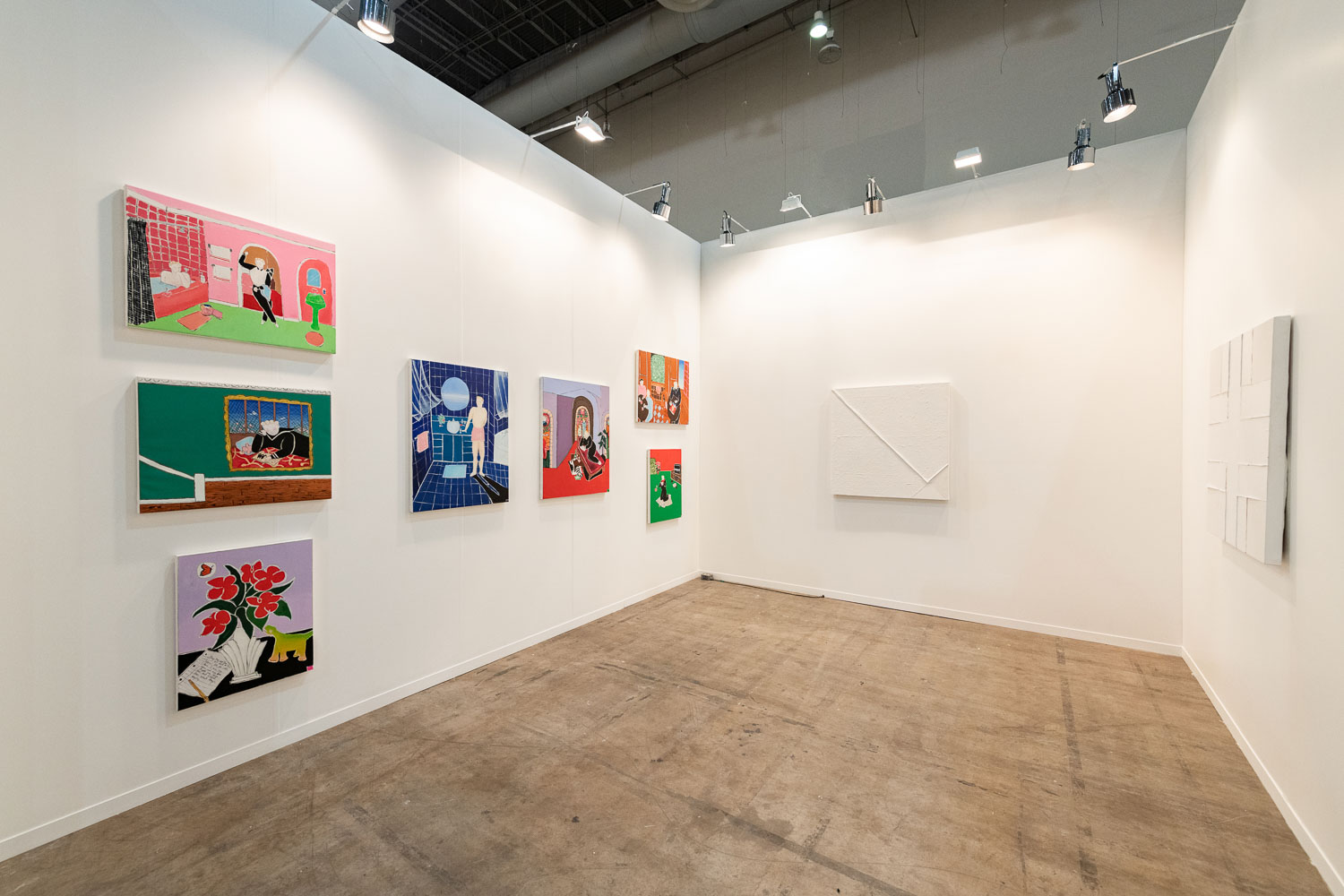 Steve Turner is pleased to present a two-person booth at Zona Maco which will feature new paintings by Claire Milbrath (Montreal) and Pablo Rasgado (Mexico City).  Milbrath’s paintings depict a character that she calls “Poor Gray”, an aimless, wealthy and melancholy man in domestic settings. Her colorfully patterned canvases address traditional concepts of masculinity by depicting Gray as vulnerable, effeminate and idle.

Pablo Rasgado will show three paintings, all of which were created using “strappo,” a renaissance technique that enables him to extract pictorial content from existing painted walls. The paintings which he will present at Zona Maco all came from various structural elements – columns, corners, joist and girders – inside buildings in Mexico City. After extracting the painted passages, he attached them to stretched canvas. In unfolding the painted passages of a building, Rasgado uses the creases and folds from the architectural source as the lines and shapes of his new abstract paintings.

Claire Milbrath (born 1989, Victoria, British Columbia) earned a BA in History from Concordia University. She had two solo exhibitions at Steve Turner in 2017 as well as a solo booth at Artessima Fair, Turin in 2018. She is the founding publisher and editor-in-chief of The Editorial Magazine, a print journal on contemporary art. Her work will next be featured at Steve Turner, Los Angeles in July 2019.