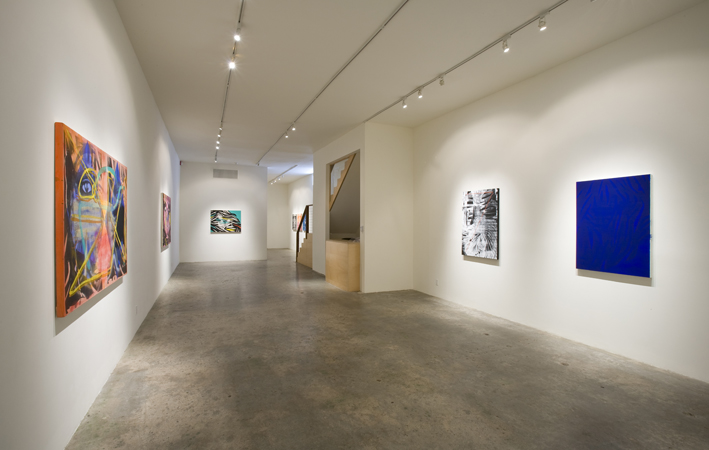 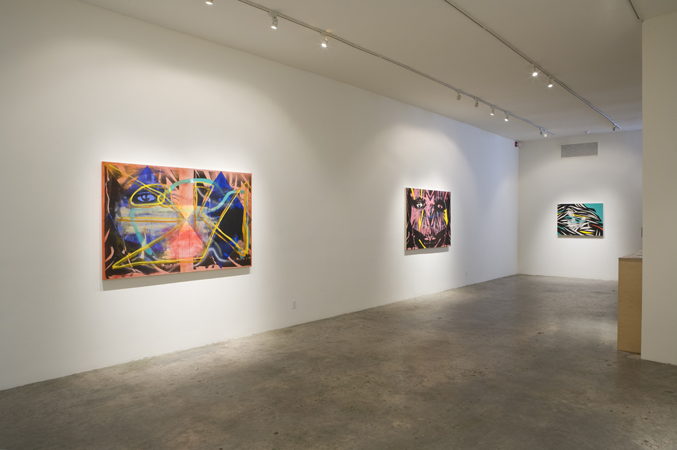 Steve Turner Contemporary is pleased to present ROAD TO RUINS, a series of new paintings by Eamon Ore-Giron. The inspiration for this body of work is an album that the artist found in Lima by the Peruvian band Los Shapis; the cover art was lifted directly from Road to Ruin, an album by the New York punk band The Ramones. The improbability of a rural band from the mountains of Peru taking on the imagery of the The Ramones is a source of inspiration to Ore- Giron. Such adaptations, reinventions, and transmutations are themes in his work.

Ore-Giron employs a complicated process to produce these paintings. Starting with found albums, he paints and cuts patterns into the covers, altering the graphics. He then transfers these carved and distorted images to silkscreen and prints them onto canvas. The final print is then used as a base on which drawn elements are added over the entire image.

Ore-Giron performs and produces music as DJ LENGUA and is a founding member of the performance/musical group OJO. He also co-owns the label Unicornio Records which specializes in obscure and underground Latin American music. He earned a BFA from the San Francisco Art Institute in 1996 and an MFA from UCLA in 2006. This is his second solo exhibition at Steve Turner Contemporary.