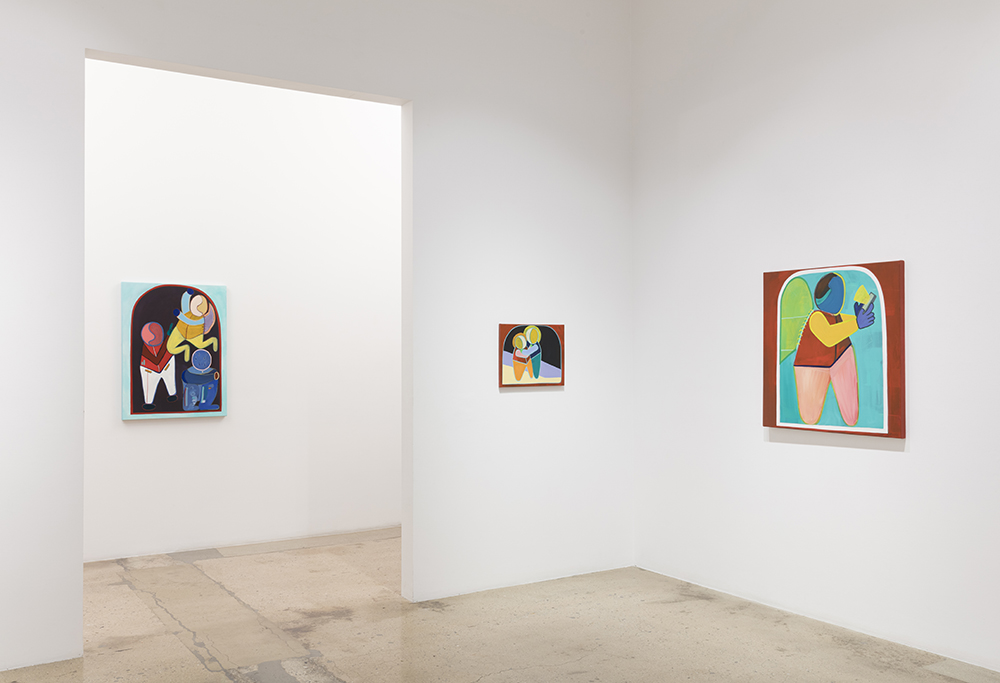 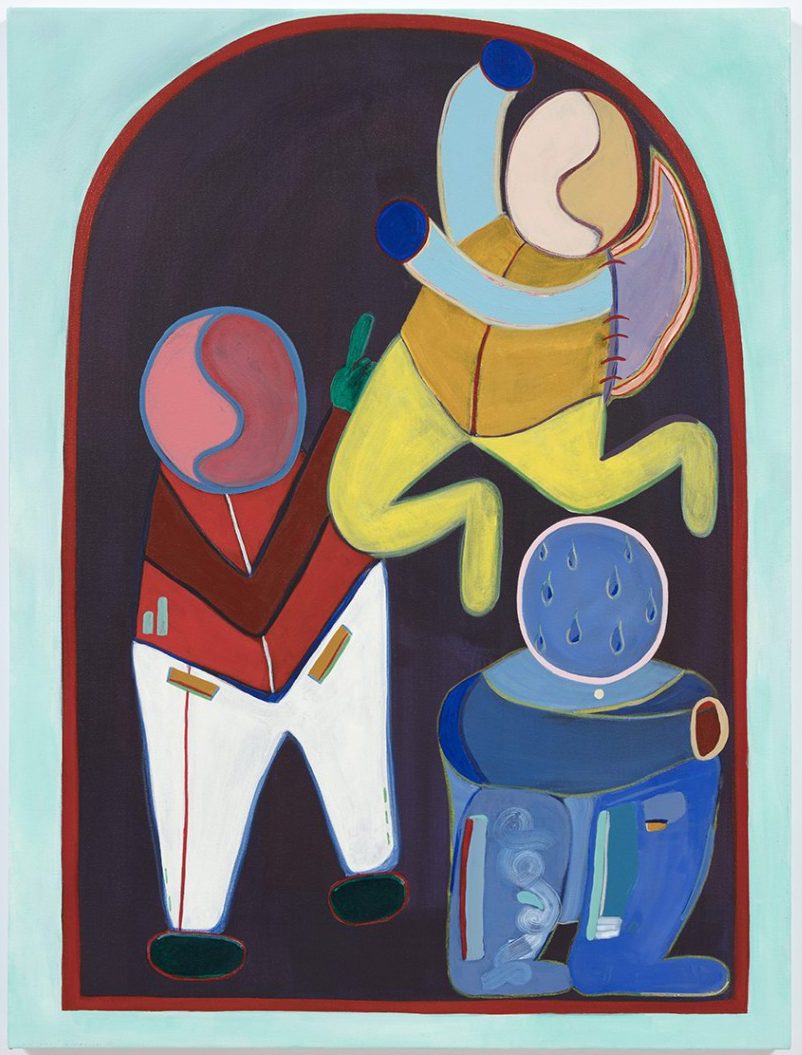 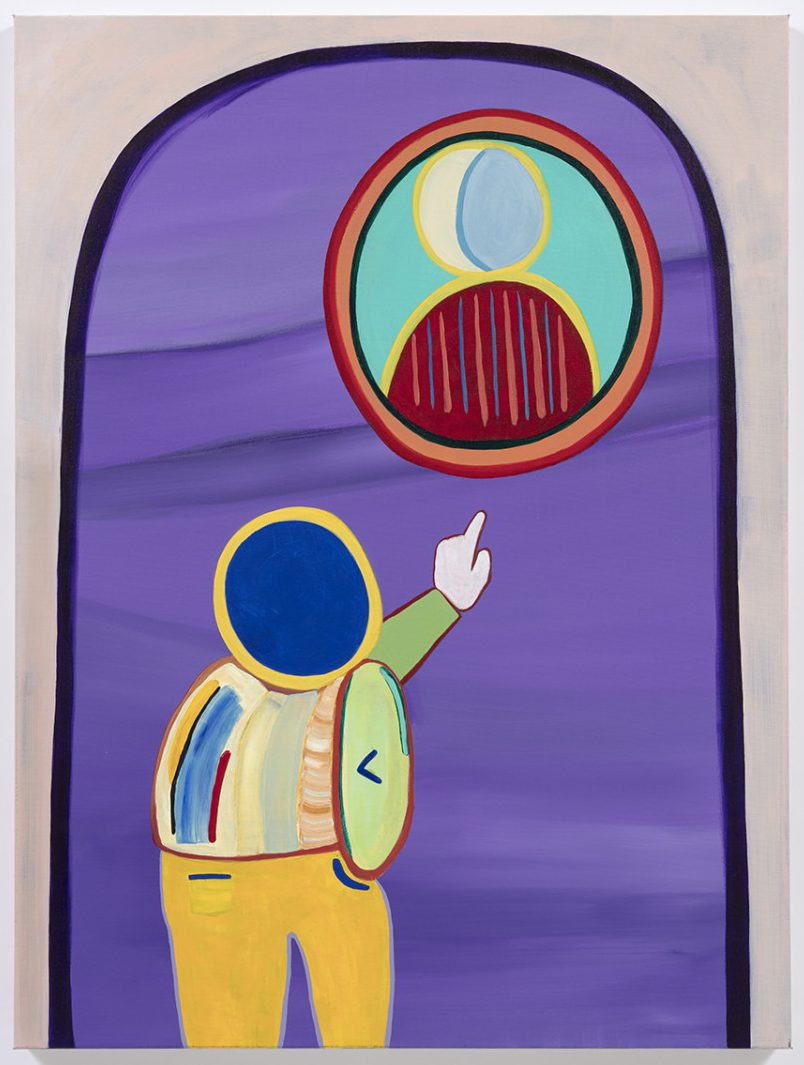 Steve Turner is pleased to present Icons, a solo exhibition by Los Angeles-based Gabby Rosenberg that consists of colorful, abstracted, figurative paintings. Created in a corner of her living room during a statewide stay-at-home order, Rosenberg’s new works depict figures in action that are confined underneath an archway. They are comprised of a mix of colorful rounded forms with their limbs, torsos and heads outlined with a contrasting band of color. Borne of imagination, introspection and frustration, the paintings obliquely convey aspects of our troubled time. However, they also convey Rosenberg’s delight in painting. In that way, her spirited effort is the essence of the work.

Gabby Rosenberg (born Chicago, 1992) earned a BA from Hampshire College (2014) and an MFA from CalArts (2018). Her work was shown in Show Me as I Want to Be Seen at the Contemporary Jewish Museum, San Francisco (2019). This is Rosenberg’s second solo exhibition at Steve Turner.