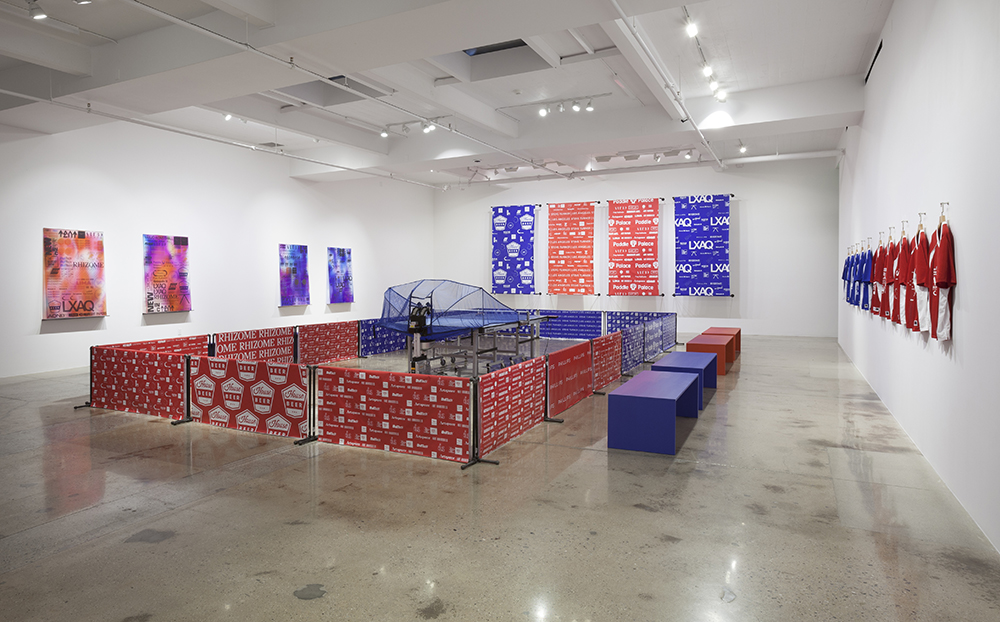 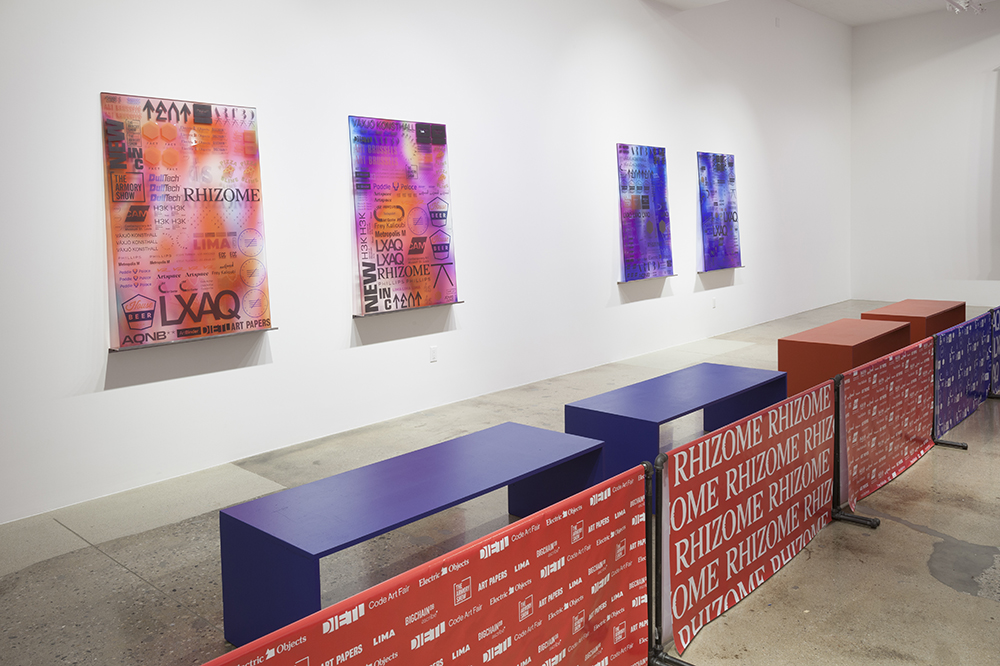 Steve Turner is pleased to present Your Logo Here, a solo exhibition by Amsterdam and Rio De Janeiro-based Jonas Lund marking the artist’s third exhibition at the gallery. In his first (Flip City, 2014), Lund addressed aspects of the overly speculative, frenzied art market for emerging artists that peaked in 2014/15, and in the second (Strings Attached, 2015), he considered the ways in which galleries attempted to exercise control over that market. Now, in Your Logo Here, the artist addresses the “exchange economy” of the art world by presenting an installation featuring a ping pong arena where visitors can compete against a robot in an atmosphere created to resemble a sports event. Banners, jerseys and paintings hung throughout the gallery will feature the logos of the art-related institutions which have agreed to sponsor the exhibition—by making some sort of exchange with the artist.

The installation will be live-streamed during the gallery’s open hours, and on October 1st, the gallery will host a daylong tournament in which competitors will play not against the robot, but against each other.

Jonas Lund (born 1984, Linköping, Sweden) creates paintings, sculpture, installations and new media works that relate to the art market and which incorporate aspects from the internet, new technology, automation, optimization and data. He earned an MA at Piet Zwart Institute, Rotterdam (2013) and a BFA at Gerrit Rietveld Academy, Amsterdam (2009). He has had solo exhibitions at Showroom MAMA, Rotterdam (2013) and Steve Turner (2014, 2015) and has had work included in numerous group exhibitions including at Eyebeam, New York; New Museum, New York, The Moving Museum, Istanbul; Van Abbemuseum, Eindhoven; De Hallen, Haarlem and Whitechapel Gallery, London.

Kerr, Dylan, “The Artist’s Guide to Selling Out in Style: Jonas Lund on Why He Turned His Art Into Ad Space”, Artspace, September 2016
Krug, Simone, “Critic’s Pick”, Art Forum, September 2016