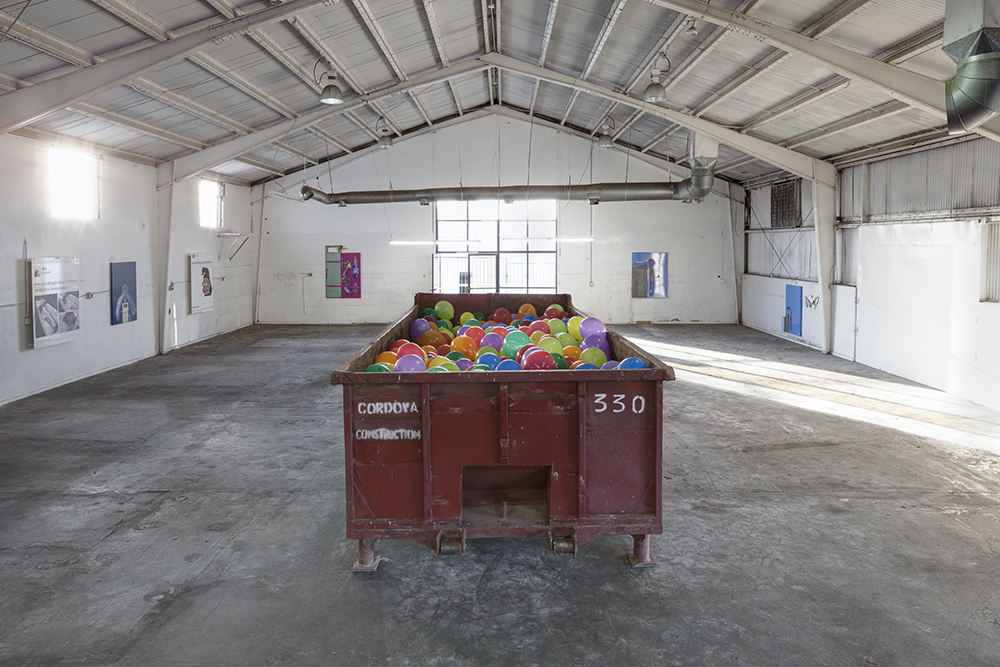 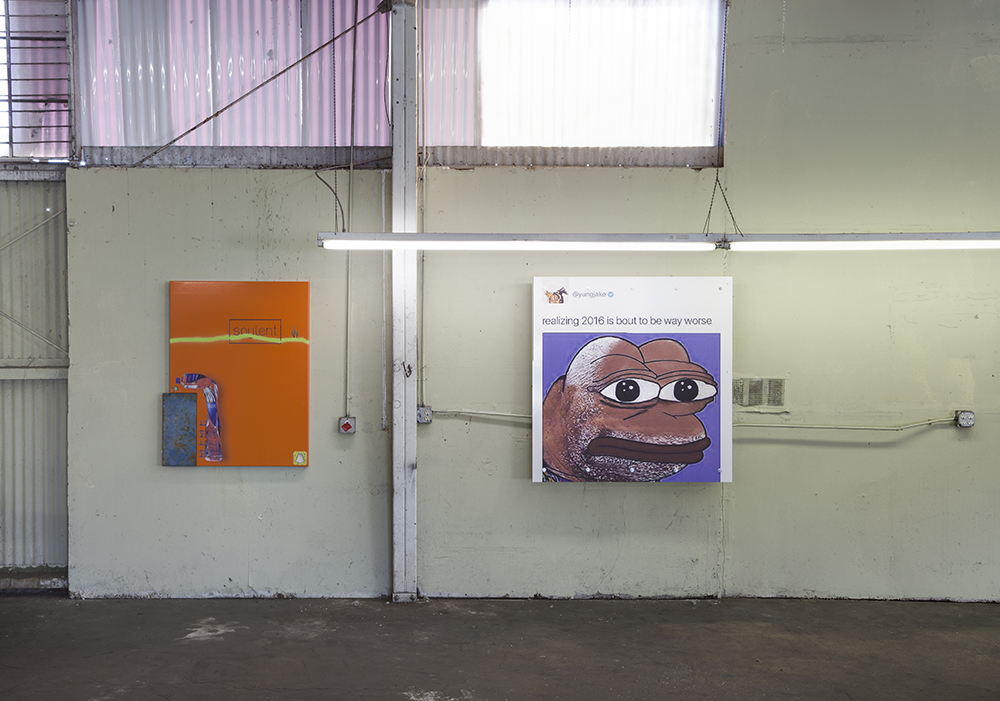 when you text someone a question and they answer with a phone call, 2016. UV print on powder coated steel, steel bolts, 56 1/2 x 51 inches

Yung Jake Week will take place June 13-18 in Los Angeles. With events scheduled over five nights at locations throughout the city, Yung Jake and his multi-faceted art practice will reach multiple audiences. With performances, panels, parties, products and paintings, Yung Jake’s expansive online presence will morph into physical reality. The creative agency, The dfm and the internet-born fashion brand Pizzaslime are the co-producers of Yung Jake Week; the Art Show will be presented by Steve Turner.

Yung Jake was established on the Internet in 2011. He is best known for his rap videos that integrate the worlds of hip-hop, technology, social media and contemporary art.Datamosh (2011) parodied the trend in music video of datamoshing (a digital technique that distorts images) while playing to a contemporary digital art audience. In E.m-bed.de/d (2012), he commented on the pursuit of Internet fame. Yung Jake has had three solo exhibitions at Steve Turner, Los Angeles (2014, 2016). His work has been screened at Sundance (2013) and he has performed in Los Angeles at the Hammer Museum and REDCAT (2013); Museum of Contemporary Art (2014), J. Paul Getty Museum (2015) and in New York at MoMA (2016). He earned a BFA at CalArts in 2012.