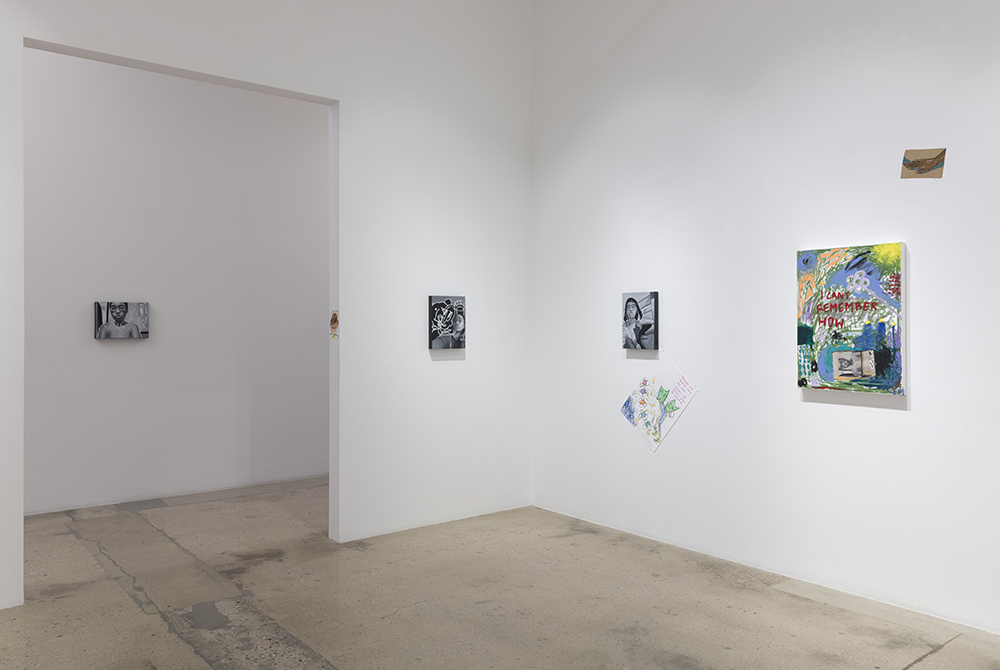 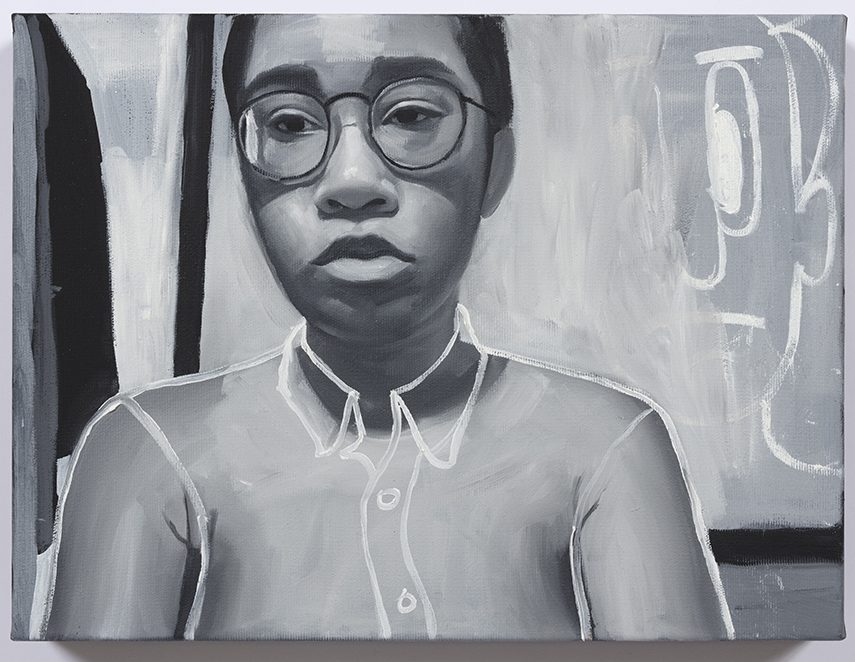 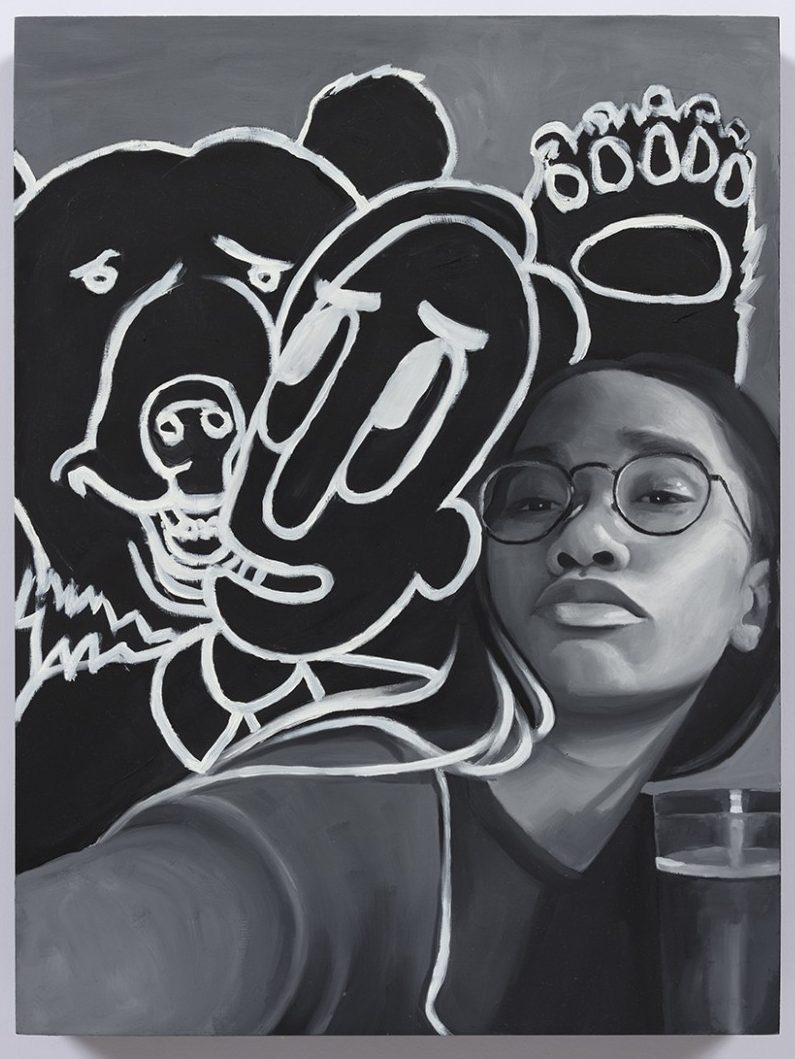 Steve Turner is pleased to present Memoir 1, a solo exhibition of new paintings and drawings by Brittany Tucker, a New York-based artist who has been working in Vienna during 2020. As with past works, Tucker continues to juxtapose realistic self-portraits with cartoonish figures meant to represent whiteness. However in Memoir 1, she has added a new colorful element and has created a group of drawings which shed even more light on her thoughts and feelings. They are more raw than the paintings. In presenting them, it is as though Tucker is sharing her private diary. Uniting all the works is the sense of shame and guilt that black women deal with in America by trying to fit into a society that often shuts them out. According to Tucker, “the cartoon figure is a shame monster that’s always there but never fully present.”

Curate LA: Artist Brittany Tucker on What Comes After Representation