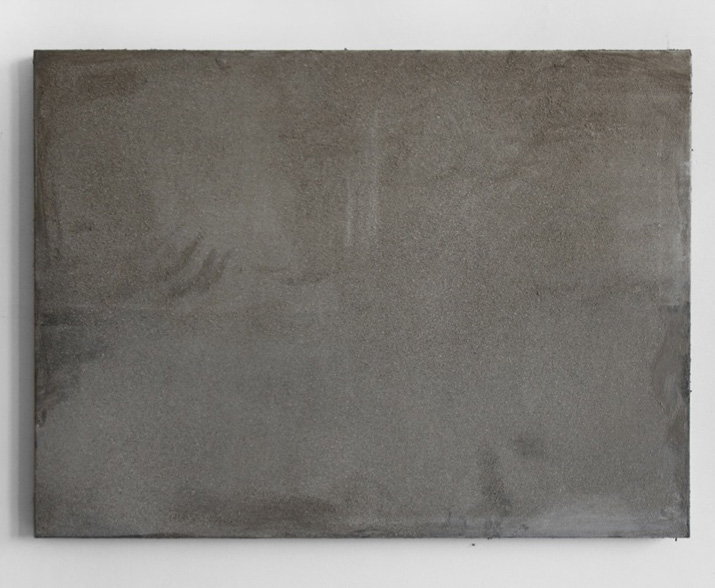 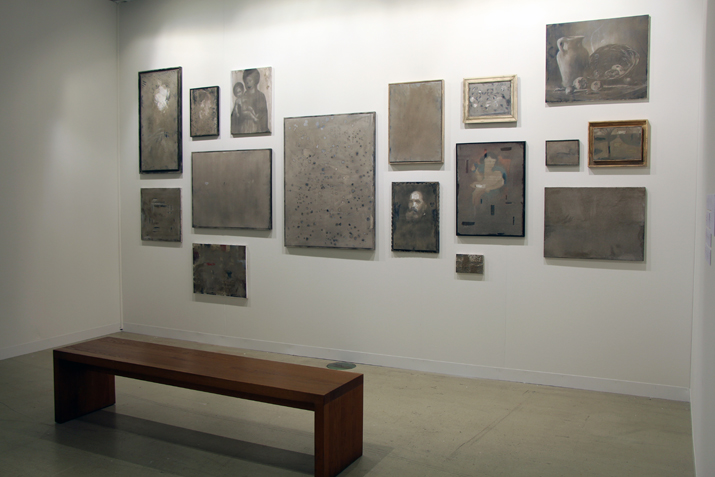 For his new series, Pablo Rasgado has delved into the depths of catalogues raisonnés, into the Bibliothèque Kandinsky at the Centre Pompidou and other archives in an attempt to recover lost images. One may argue that every research is an endeavour to retrieve or discover something that is lost or at least unknown. In Rasgado’s case however the objects he pursued had to remain lost in order to be singled out and reclaimed. Rasgado was searching for the blind spots of art history: The images that his serendipitous investigation has disclosed were those that have gone missing, that have been misplaced, destroyed, forgotten, or stolen at some point in their biography, whose provenance expired into the status “present whereabouts unknown.”

Rasgado set himself the task of repainting these works in their actual size and as close to the original as possible. However the new images mimic not their originals but rather their surrogates, the photographs, in regard to the amount of detail and most importantly their colour palette: most of the re-painted works adopt the greyscale of the photographs taken at some point over the last century and transform the reproduction into an oil grisaille.

Accordingly the paintings chosen by Rasgado necessitate two predicaments: that they are nowhere to be found, and that at some point before their loss they were photographically recorded. Rasgado collides the media and genres of painting and photography and with them their many complex evocations of the absent, of their status as emanation or representation of something that they are not. He also collides two distinct chronologies: The paintings date back to the 1440s up to the 1960s, but their photographic records follow a different and independent timeline, as well as a very distinct phenomenological status.

After recreating the lost paintings by Bellini, Velázquez, Léger, Balthus, etc., Rasgado placed the canvases in a palatial building in the centre of Paris. The building is partly abandoned and has been left in a state of slow decay for many years. Rasgaldo’s paintings, placed nonchalantly on the floor, along the Palais’ walls, and in remote corners, acted as attractors to the dust, binding it to their surfaces by virtue of an adhesive. A thick layer of grime, grit, of ashes, smut, of entropy and decay now clings to the cheeks of Philip IV, to Bellini’s Madonna, to Goya’s Stone Guest. The paintings have camouflaged themselves under a veil of dirty matter, adopting a new skin.

Rasgado himself then took to reworking the remaining paintings obscured under the veil of dust. The forms laid bare by his manipulations differ greatly–sometimes they seem to be casual wipes across the surface, in other instances they are highly geometric and premeditated. Bellini’s Madonna has been rendered comically absurd, only eyes and mouth drawn into the dust to create minimal smiley faces, reminiscent of Cecilia Gimenez’ infamously botched attempt at restoring an Ecce Homo fresco in Zaragoza.

Dust, as the ultimate reminder of transience, however can be reinterpreted as a perfect fertilizer in Rasgado’s Afterlife: as the white slate that facilitates the productive force of iteration, of anachronism and recollection.

(Excerpt from Eva Wilson’s Dust and Shadow and Afterlife)