Pablo Rasgado’s “Ellipsis” at Steve Turner in Los Angeles opens with a large plinth that contains dozens of jars and glassware of various sizes. Inside these vessels are leaves and feathers strung by spiderwebs, with spiders long dead and dried up in their own webs. It’s remarkable that these fragile bodies and the detritus around them hang in stasis—a beautiful motionless graveyard, frozen and yet slowly decaying in the gallery. 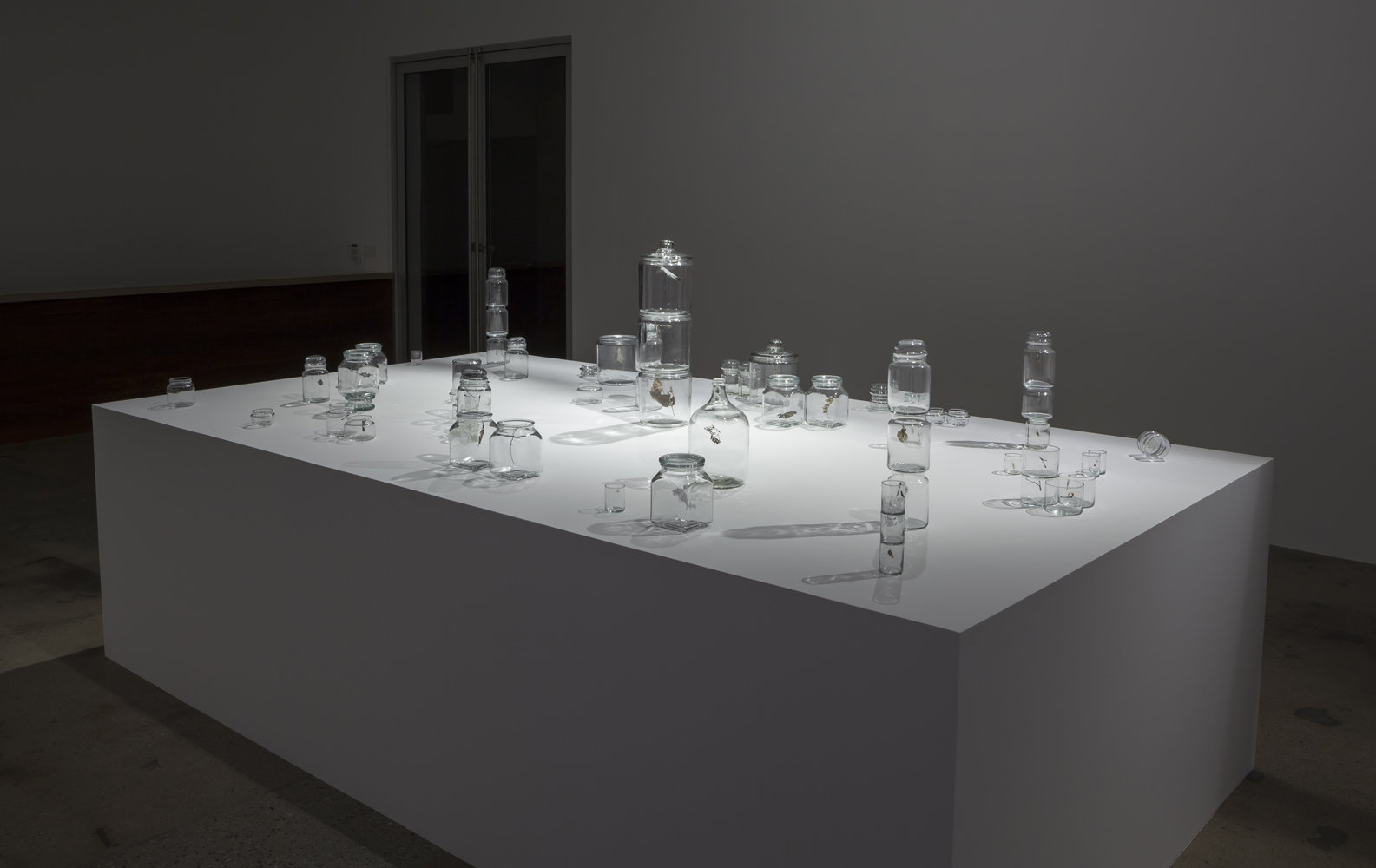 This work, titled Levitación (2015), is the perfect introduction to Rasgado’s current show; it is a piece that seems to flit between the uncanny and the natural, defying gravity but being altogether too beholden to gravity. The show serves as a survey of sorts, with pieces from five separate bodies of work made over seven years by the young Mexico City-based artist, each of which employs some sort of mysterious energy to underscore what at first seem like inconspicuous objects and installations. 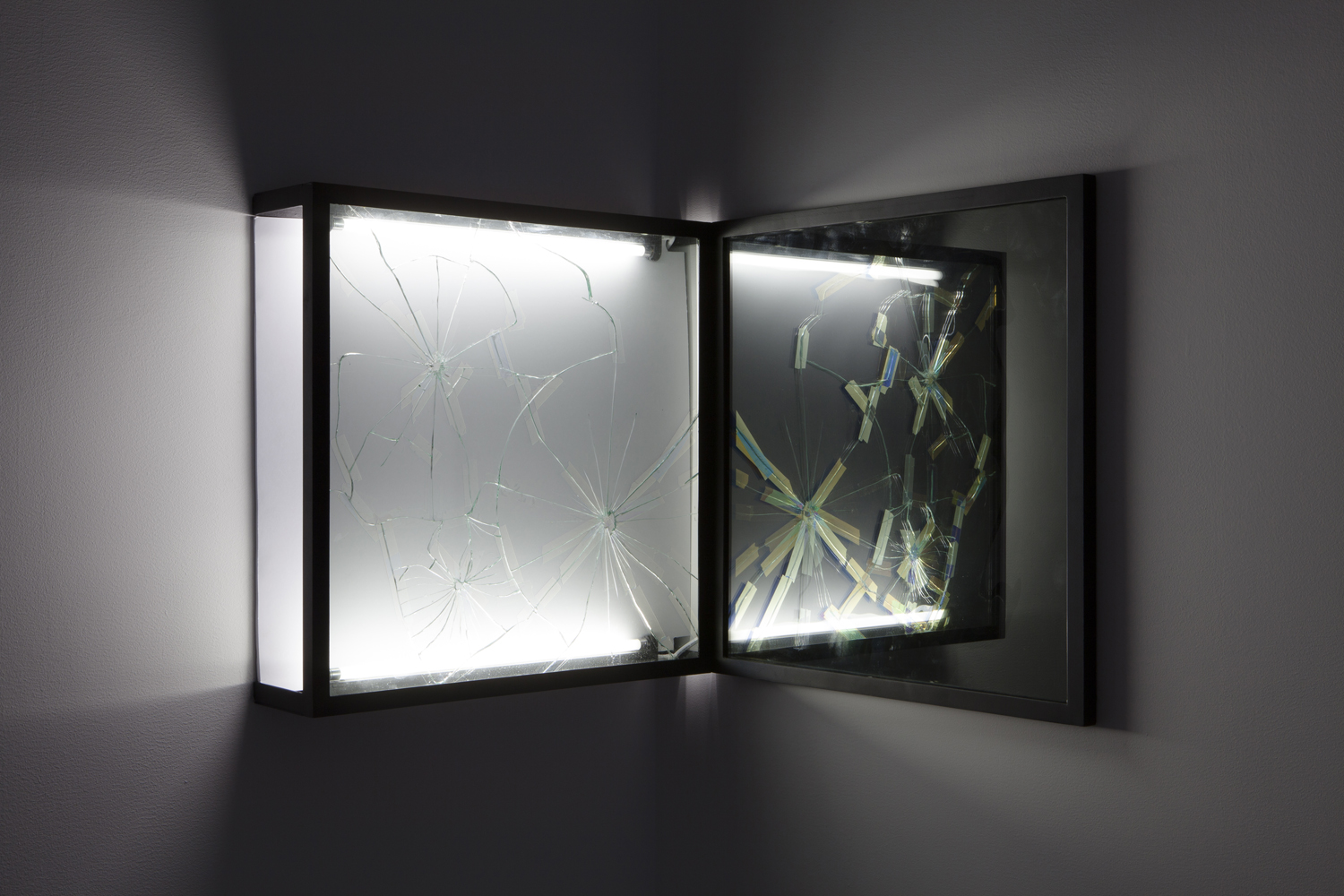 One series sees Rasgado’s devious side again, with a broken mirror repaired with tape and placed strategically against another mirror. Lit by a fluorescent light, the reflection of the broken mirror appears, almost as a negative. This works, Afterimage (Repaired Broken Mirror #2) (2014), pushes back against the expectation of a perfectly mirrored image. The effect us illusory; Rasgado plays with perception in a way that Olafur Eliasson has been known to do. 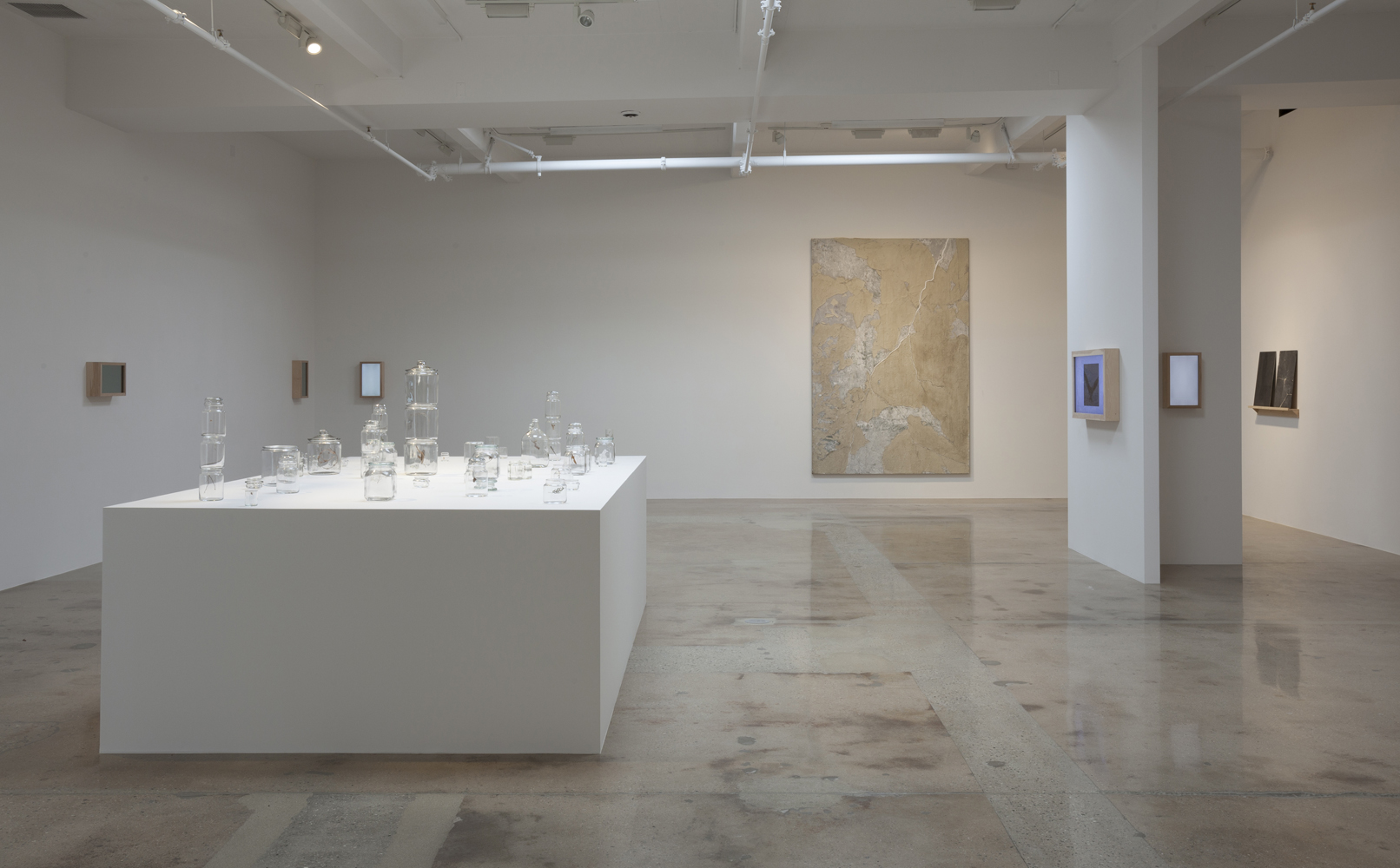 Rasgado’s play between natural and manmade returns in one large and one small painting, both titled Lightning (2009 and 2011, respectively). These works face each other from far across the gallery space, and both contain the tree branch-like form of a lightning bolt made from cracks in acrylic, plaster, and dirt on canvas. Rasgado’s work here points to Rauschenberg’s “Elemental Paintings” Their cracked surfaces could be done purposefully or possibly by accident. 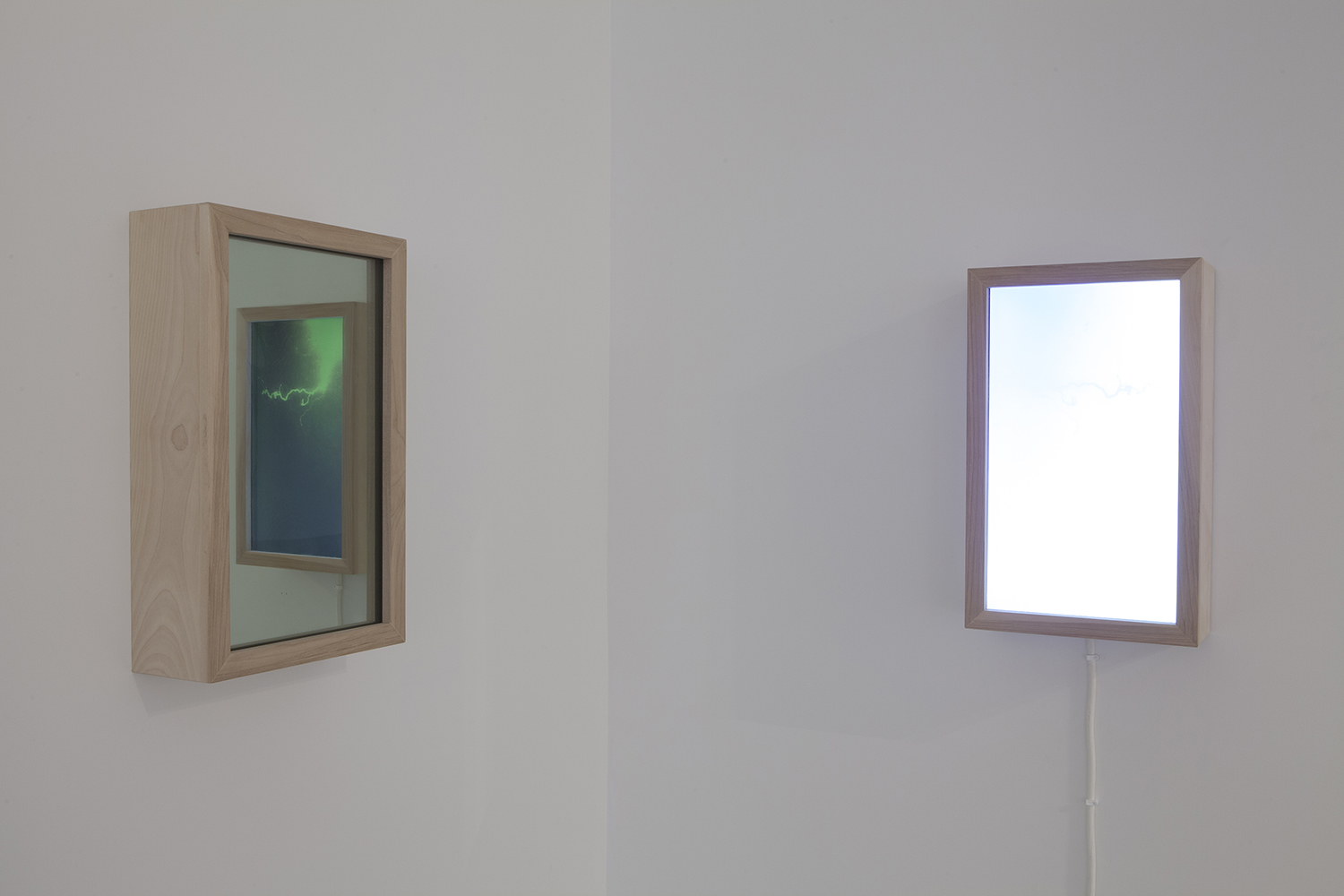 It’s fitting that there’s a bit of mystery—of unexplained methodology—to “Ellipsis.” The word itself is the grammatical symbol made up of dots that means something has been left out intentionally. But the mysterious nature of Rasgado’s show is what makes it so absorbing.