Look Closely: It's a Painting, Not an Inkjet Print 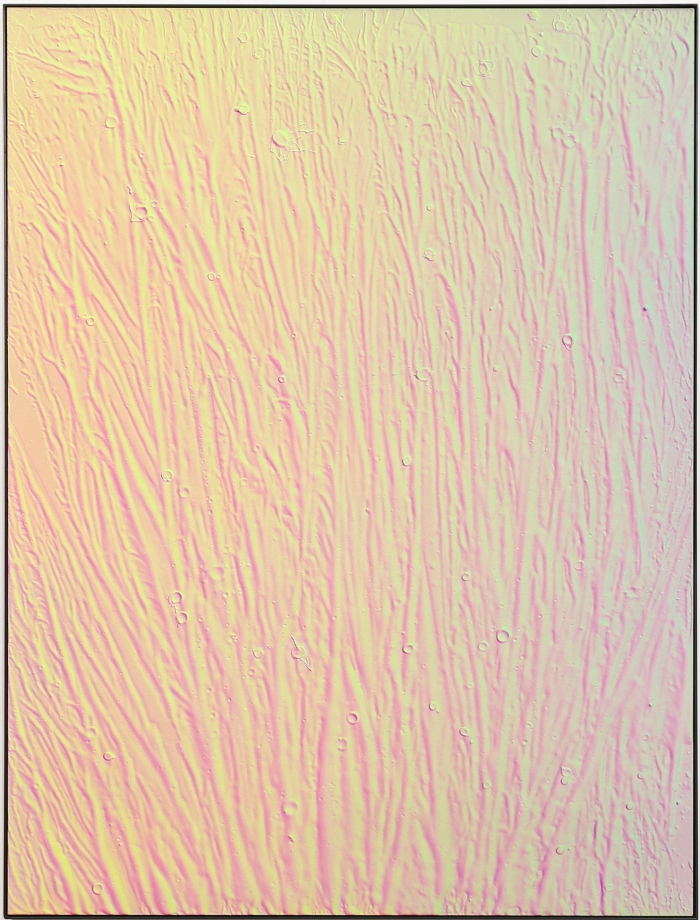 Melbourne artist Michael Staniak crafts trompe l’oeil illusions for the Computer Age. His paintings, viewed online or in print, appear as flat, printed images. Approach the work in person, however, and you will discover layers of physical depth: specks of atomized acrylic paint cover indented, three-dimensional textures in the IMG_ series; pulverized bits of CDs and DVDs fill the frame in the DATA_ works. His Internet Blueprints, in which a casting compound is used to create a ripple effect, look like sheets of paper clinging to a wet surface. 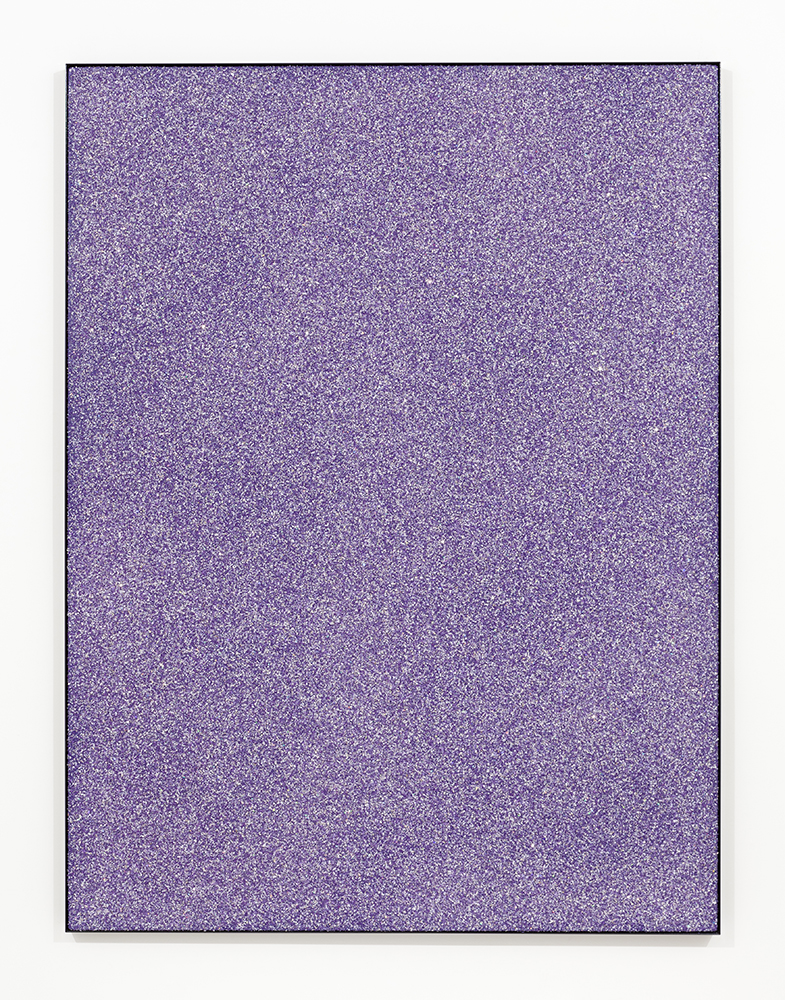 Staniak works on a number of ongoing series simultaneously, whose category names will ring familiar to anyone who works with image editing programs: PNG_, IMG_, PSD_, BMP_, STL_. To title individual works, he adds seemingly arbitrary numbers to their prefixes, such as PSD_692. As with the digital file names that crowd our hard drives, the numbers are meaningless, but useful for identification purposes. And when circulating online, these titles guarantee the pieces a certain anonymity. With a label like IMG_687, one more readily expects a random file from a personal blog, hastily uploaded and not retitled, rather than a work of art on a gallery’s website—yet another illusion in the artist’s bag of tricks.

Some of the works, such as those in the PSD_, PNG_, and BMP_ works, begin and end on a screen: they are designed in Photoshop or a CAD program, then made by hand, and finally digitally photographed and added to the web. In this circular scenario, the reproductions seem as important as the originals. “I consider the finished work as a moment in my practice; something to be considered and valued as an object that will ultimately end up as another picture entering the stream of the internet,” Staniak recently told Rhizome. 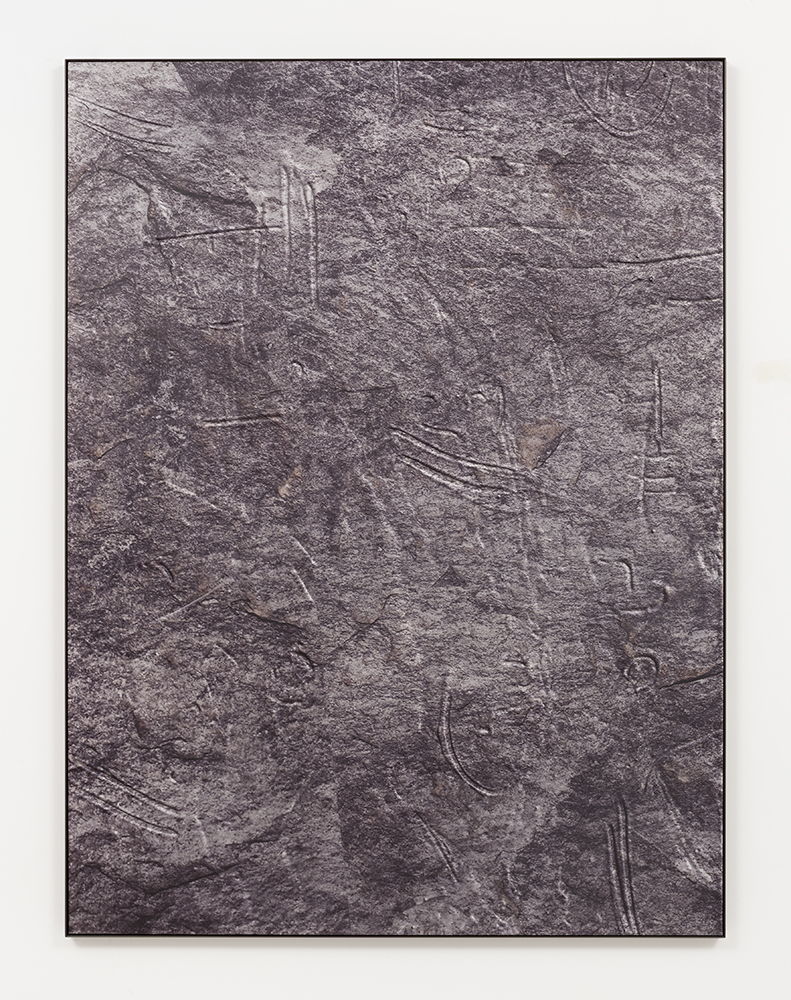 In his solo exhibition, Solid State, on view last June at Steve Turner in Los Angeles, Staniak addresses the history of human communication. The symbols on his paintings resemble prehistoric hieroglyphs, though they are, in fact, hand gestures we use to interact with touch-screen devices—tapping, sliding, minimizing and expanding. After manually imprinting the marks in plaster, the artist UV printed stock images of rocks onto the casting compound. The finished works take on the appearance of found stone carvings, folding our prehistoric past in with the present. Like the DATA_ series, in which old, discarded storage devices are blown to pieces, Solid State points to our impermanence.

So what’s next for Staniak? “It is difficult for me to reveal too much as my studio practice can yield different and unexpected results. As new digital technology gets released or interesting updates emerge, it prompts new ideas,” the artist tells The Creators Project. In September, he will be unveiling a new work in Chicago, IMG_074 (blue, red, yellow, green), which is influenced by the branding of online companies such as Google and eBay. A solo show is also coming up in Melbourne in October, at the NKN gallery. 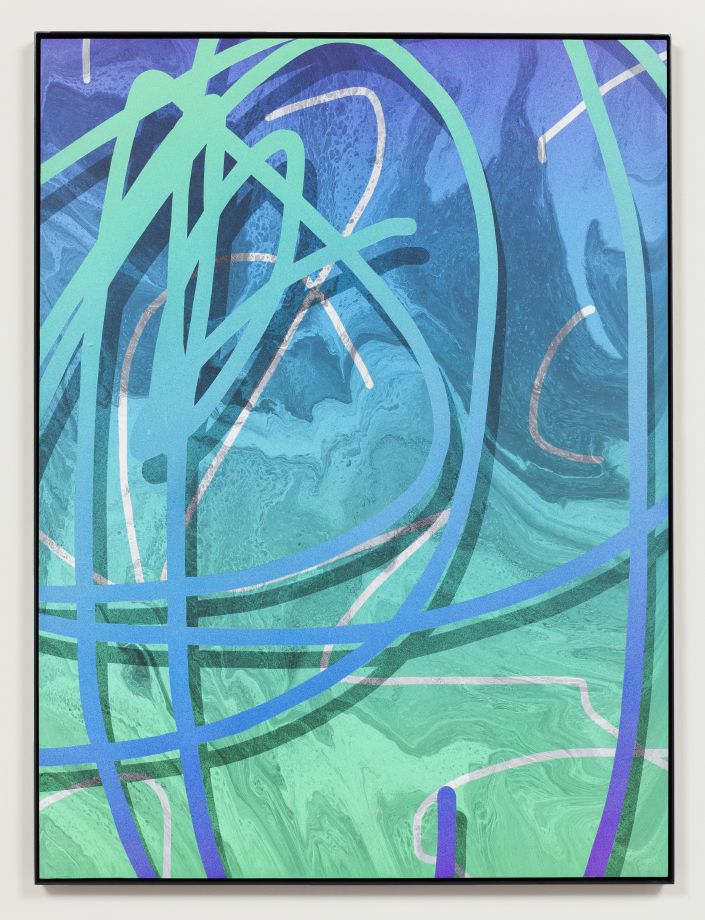