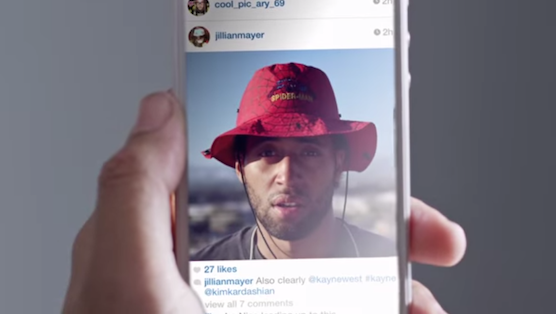 “I’m on my web shit, ya heard me. It’s cool ‘cuz it’s nerdy.” Yung Jake was, according to Yung Jake, “born on the Internet in 2011.” The new media artist and rapper continues to push the digital boundaries with experimental music videos. To see his most recent video for Both, users must add Yung Jake’s two accounts on Snapchat (yungjake1 and yungjake2), pair up with a friend and use both phones to watch the clip in its full glory.

IRL, Yung Jake is Jake Patterson, a graduate of the California Institute of Arts, who became increasingly frustrated with the art world’s inability to separate his art from his race. Yung Jake told LA Weekly; via text, “everytime I made a painting it was about being black all da sudden…so I started making raps about pretty-hoe-bitches and suddenly blackness wasn’t an issue anymore.” Fitting to his online persona, Yung Jake will only conduct interviews over text message, emojis included. 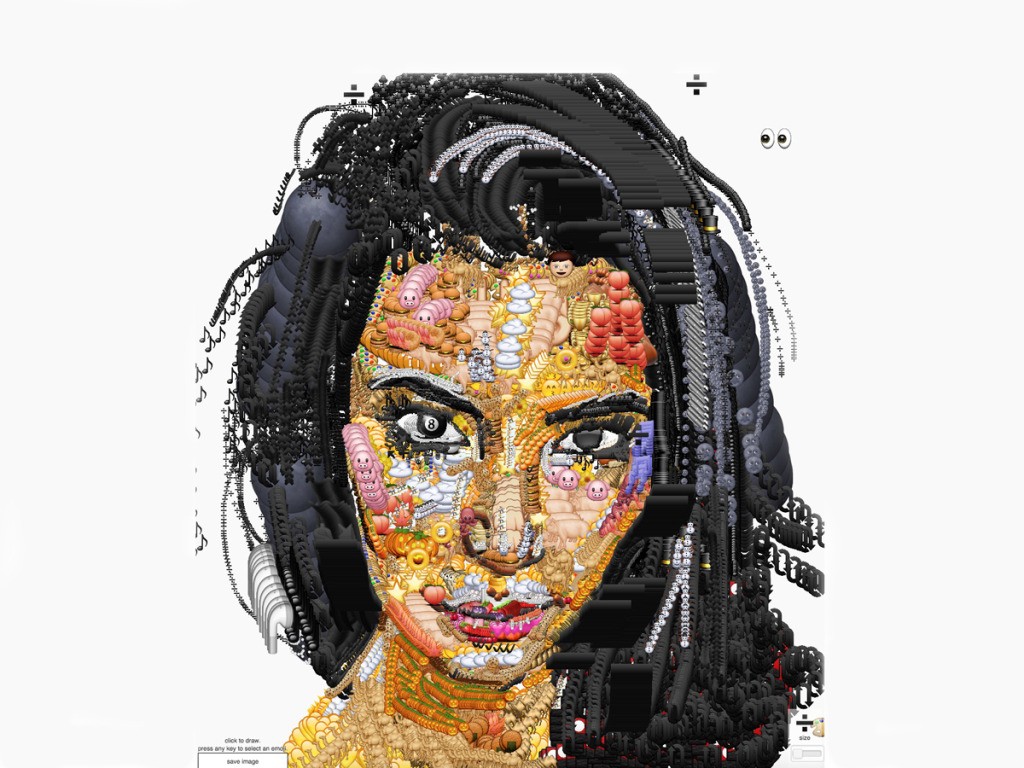 All of Jake’s video experiences incorporate various digital platforms. His most well-known piece, em.bed.de/d is a layered HTML 5 project. An ode to internet virality, em.bed.de/d encouraged viewers to participate by blogging, posting and sharing the video, and their additions were incorporated into later iterations of the video. The video is reminiscent of a website you didn’t mean to visit in the early 2000s—multiple windows open, visuals pop in and out of the frame and some pop-up advertisements are included, all synced to a rap song about embedding. It’s surreal and all-consuming, commenting on contemporary appropriation culture online. em.bed.de/d was nominated for an MTV O Music Award for Best Interactive Music Video.

Other videos include Unfollow where Yung Jake sports a Spiderman bucket cap, emerges on the screens of Instagram, Twitter and Facebook and drones on about his inability to escape the memories of an ex because of the ubiquity of social media. Datamosh exploits the popularity of glitch-art and kitschy stock photos and clip art. The video for Look is filmed entirely on an iPhone and features Yung Jake in the car with other Yung Jakes.

Complex says you could compare Jake to rapper Lil B on an off day, “if you’re being generous.” His rapping ability isn’t necessarily what is gaining media attention, but rather his commitment to cross-platform web art and to maintaining an online persona. In a digital age where things disappear into Internet oblivion as quickly as they go viral, Yung Jake has been able to successfully capture our attention with creative digital innovation for years.

The full video for Both will be viewable sans Snapchat next week.