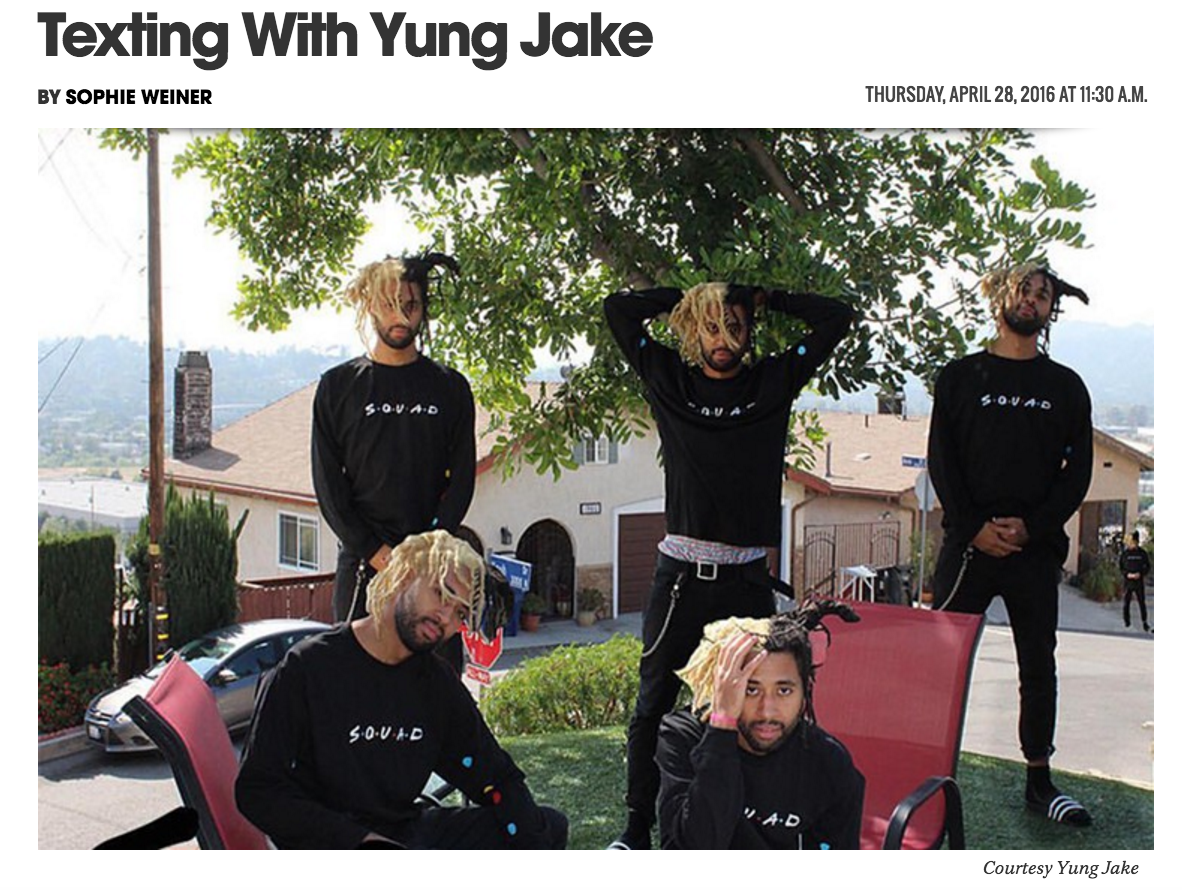 Yung Jake is hard to pin down. The Los Angeles-based rapper, designer, visual artist, and digital personality likes to do things — like make iPhone apps or collaborate on clothing lines — that aren’t considered art in the traditional sense. He takes a wide view of his output: His 2011 track “Datamosh” found him rhyming about the visual tricks he used in the video for the song (“You thought it was an accident/A video glitch/But I did it on purpose”), collapsing the distance between music and image. His Webby-nominated video for “Both” could only be viewed on two iPhones laid side by side. Last year, his emoji portraits of celebrities like Pharrell and Future went viral, delighting viewers far beyond the realm of digital art.

On April 29, he performs at MoMA for Sundance’s Slithering Screens residency, which features artists whose video work interacts with the wider networked world.  Being the sort of artist that he is, Yung Jake refuses to conduct interviews over the phone or in person, so ahead of the show, the Voice texted with him about his newfound viral celebrity, possible surprise guests at his upcoming performance, and his future projects. Read the screenshots below. Happy 2016! 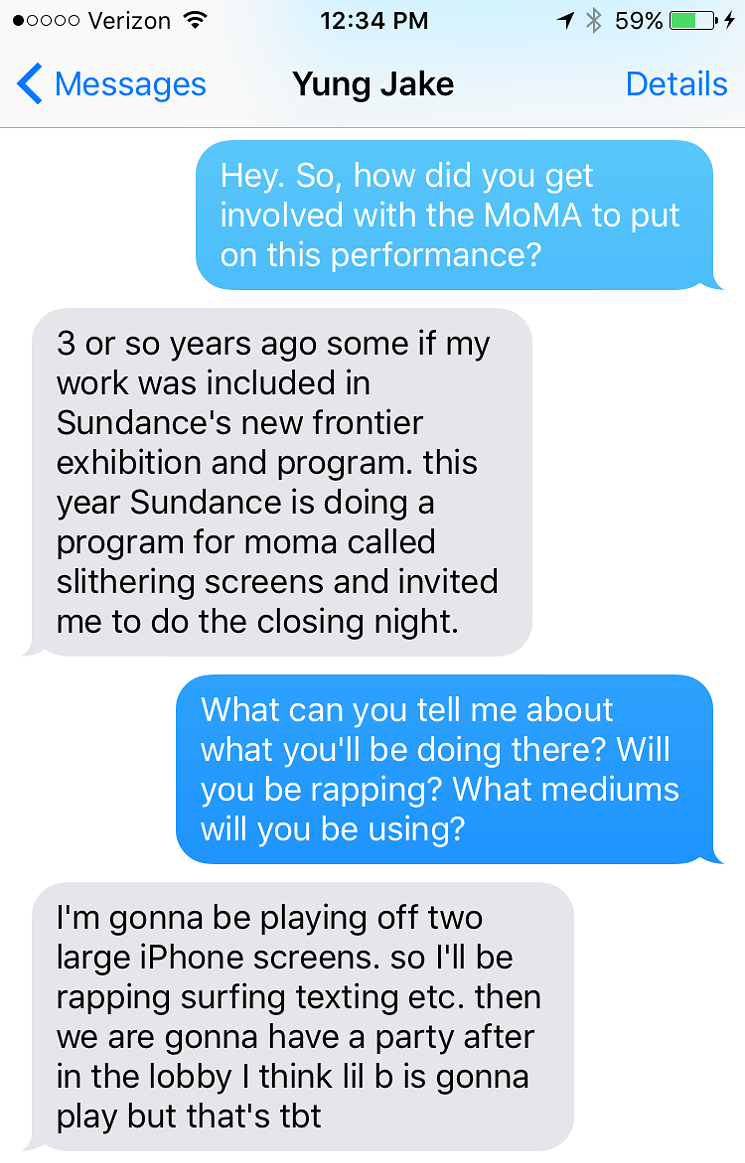 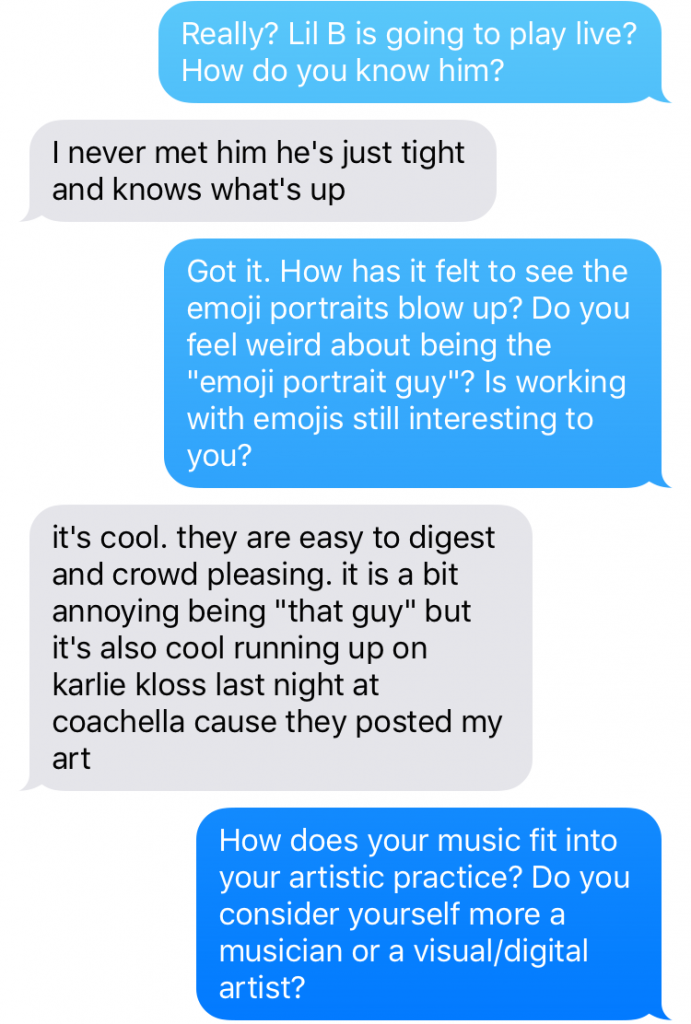 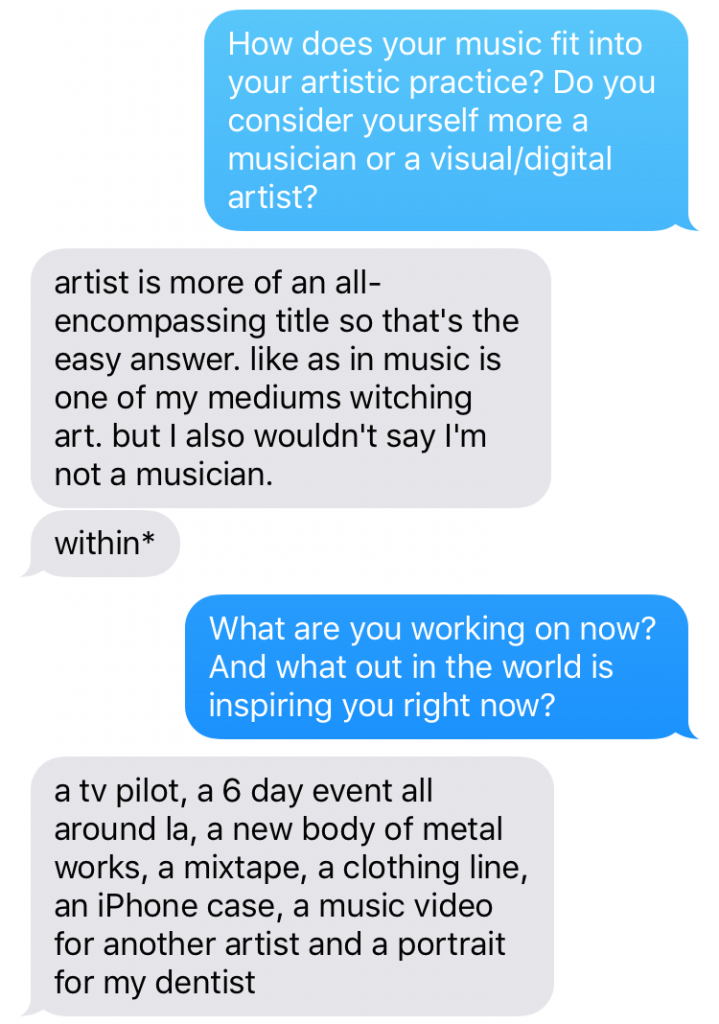 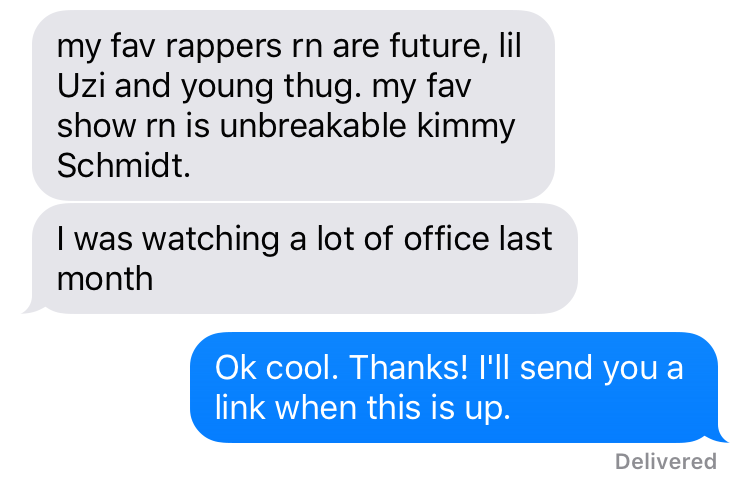