Joshua Saunders’ shiny, relief-pocked abstractions teeter on the precipice between seduction and repulsion, the latter not necessarily intentionally. The paintings include rock climbing references both literal and loosely metaphorical. The show’s title, Rock Candy, alludes to the climbing of the former along with the auto-spray-paint enamel coatings of the latter, glittering at attention. Two of the works, Hot_Mess and Deep_Blue, each have similar clusters of screwed-on hand and foot holds, the kind you see on an indoor climbing wall. The red piece gets an arrangement of yellow holds, while the blue piece takes pink holds, both oriented toward their upper left quadrants. A triptych, Red_Stripes, Blue_Stripes and Orange_Stripes, each with its own satellites of decorative, pulley-based rock climbing holds with striped circular cut-outs in directions opposition to their backgrounds, is even more aesthetically aggressive, and potentially aesthetically offensive to many. Saunders probes an abstraction that’s about testing the boundaries of taste with-out quite going fully over the top. Though that teetering persists in the raising of the question: maybe it already has? (Steve Turner, Hollywood).
MS 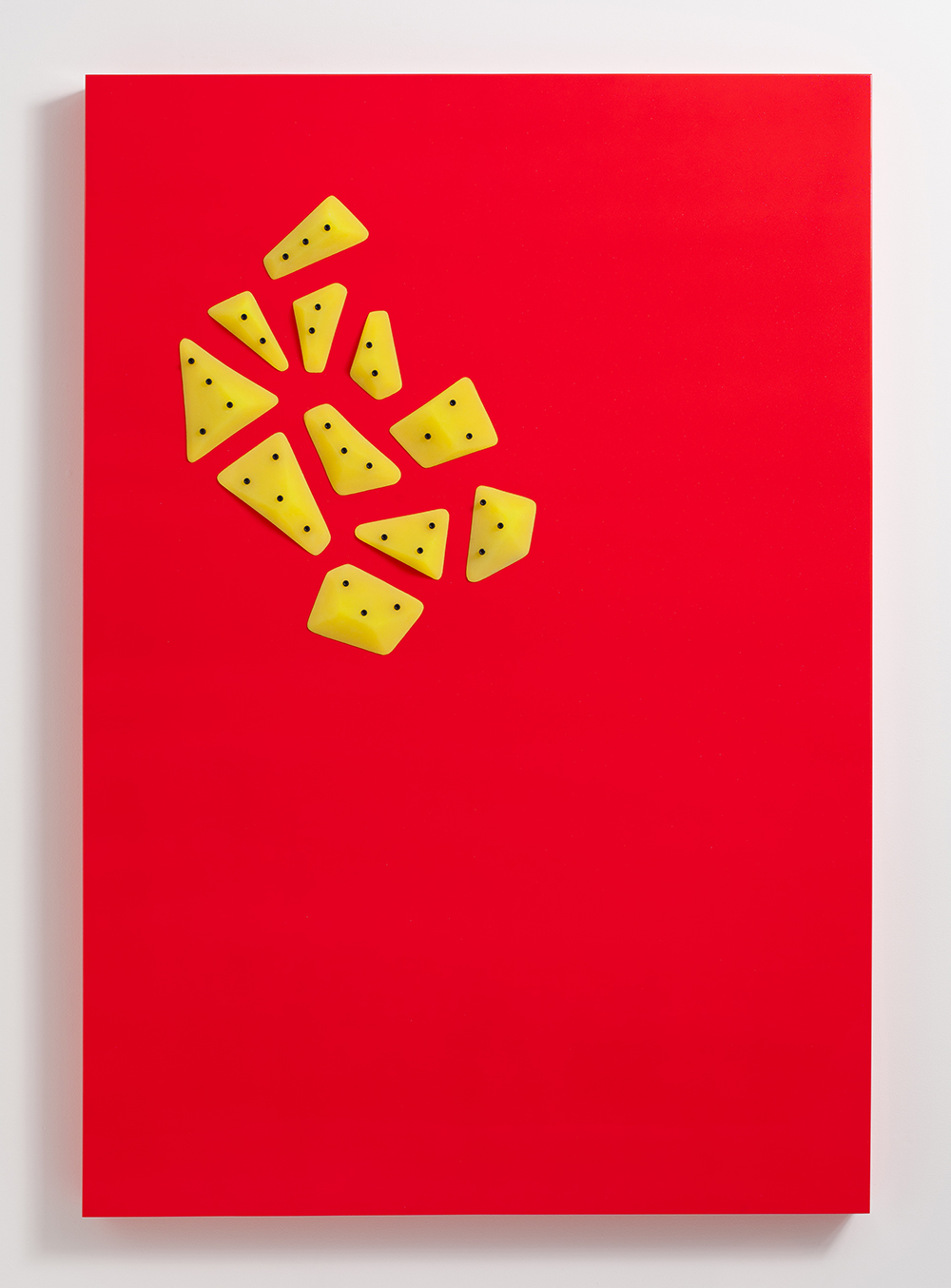