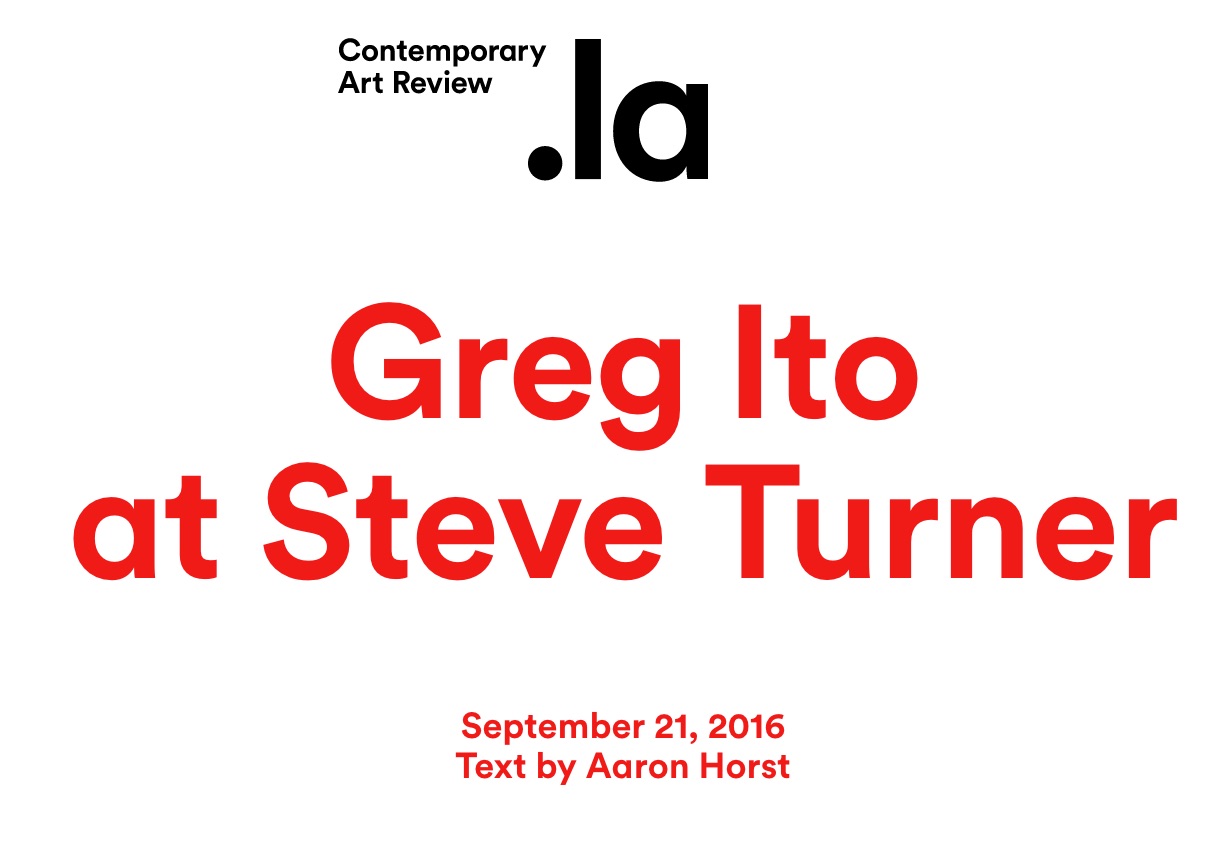 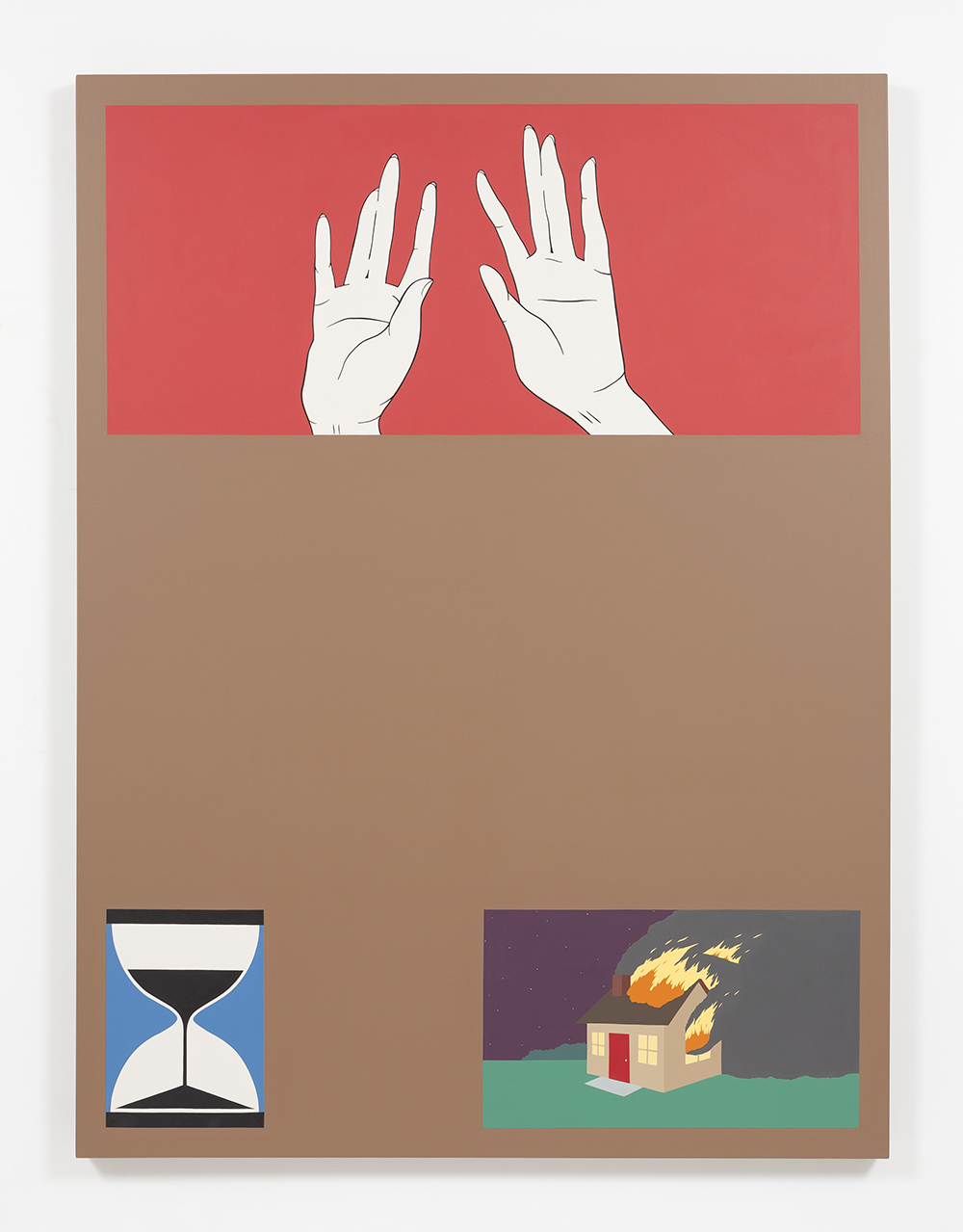 A soothsayer’s talents lie in foresight—the ability to foretell events from the vantage of the present. Foretelling, in myth and narrative, usually has the function of creating resistance or friction in the present, as that foretold tends to be either calamitous or constricting to one’s free will. So, it is perhaps fitting that the work in Greg Ito’s current show at Steve Turner augurs disaster, whether it be by land (burning house), water (burning boat) or air (burning plane). One wonders at the unavoidably negative consequences looming on the horizon—does the soothsayer ever pass along good news?

Despite threats of impending doom, Ito’s installation is curiously soothing: twilight-ish neon light, domestically-scaled arabesque panels, black-and-white striped candle holders, and the pleasures of a pared-down graphic style. Ito’s three paintings are crisp and geometrically composed, achieving both easy communicative power and alluring mystery. But like reading from a deck of tarot cards, the viewer is left to conjure what meaning may, or may not, amount from disjunctive, if stylishly rendered, symbols.

Clairvoyance operates under the sign of the occult, even if ultimately, it is only a message from another point in time; a preview of time prescribed rather than a magical process by which to alter events. The panels, candles and lighting allude to the trappings of an unusually tidy at-home psychic.  Ito’s language is playful, his graphic narratives yawning, inevitable and abstracted many times over from the level of terror they may or may not portend. 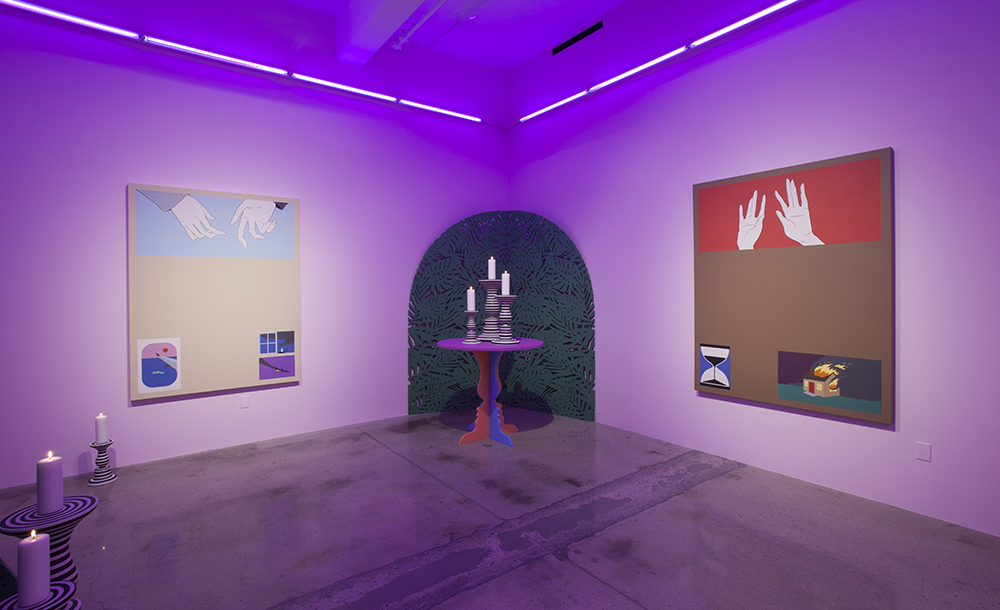