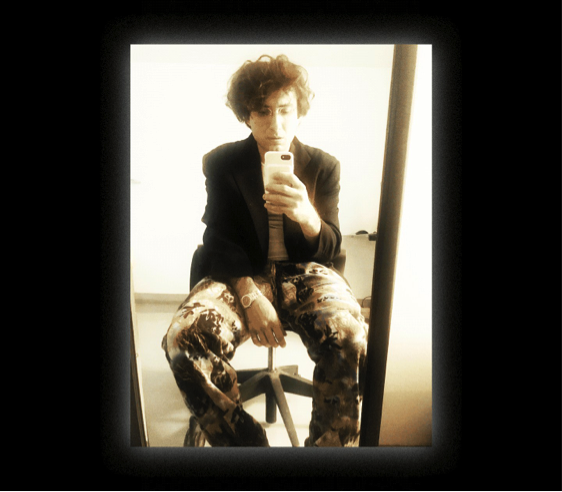 His outspoken ‘IDGAF’ attitude caught the eye of Kanye West and Mike Will Made It, both of whom Ripps built websites for. Amidst that and works like Drake Shake, modelling for Diddy, making the Forbes ‘30 Under 30’ list of artists and dabbling in political activism, he’s stirred plenty of controversy within the art community.

Back in 2014, when he received a 24-hr hotel stay and $50 from New York’s Ace Hotel, as one of their ‘artists in residency’ he decided to invite two ‘sensual masseuses’ from Craigslist to his room to create art, asking them to draw whatever they’d like and recording the entire exchange. Entitled ‘ART WHORE,’ the project aimed to call attention to the relationship between art and commerce. It was  met with anger and accusations of sexual abuse. Ripps’ refusal to apologise, countering criticism with ironic and satirical comments didn’t help. 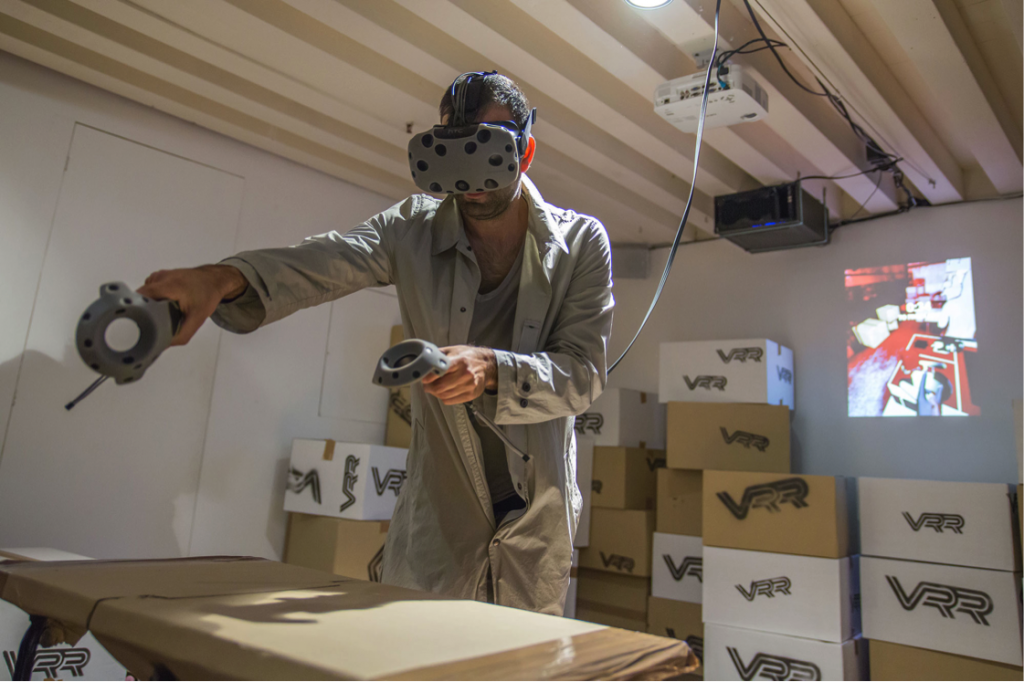 His ﬁrst solo show HO at Postmasters Gallery in 2015 was met with disdain. His vivid and striking large scale oil paintings depicted distorted versions of Instagram model Adrienne Ho. Further accusations of exploitation was the focus, while the conversation about the juxtaposition of present- day voyeurism with the classicism of traditional oil painting was overlooked.

Now Ripps is back, showing two new works at this year’s Venice Biennale. Amuse caught up with the artist to talk politics, Instagram and why art should always be funny.

Tell us about your new work

Diventare Schiavo (meaning “becoming a slave”) is an exhibition comprised of two works – VRR (Virtual Reality Reality) and Voice of God. VRR is a virtual reality piece that engages the viewer’s entire body, placing them in the factory, on the assembly line, where the VR headset they are using is being produced. Voice of God is a surround sound installation mixing comments on a wide array of social media posts with Allegi’s Miserere, a choral work written for the Sistine Chapel.

Is  it  similar or  connected to  work  you’ve made in  the past?

All my work aspires to humanise aspects of digital life, and these two pieces very much ﬁt into this. Art should be for the betterment of self as well as society. I usually try to make stuﬀ that pushes my own boundaries, technically and conceptually. These pieces did that, as I have never worked in surround sound audio or virtual reality before. The challenge was to ﬁgure out how to ﬁll the minimal space provided to me, with equipment I could pack into a 29” suitcase able to be checked on my ﬂight.

How has politics aﬀected your work and what you ﬁnd relevant?

Politics today exists within this silent hyperbole online, ultimately driven to sell ads (or become one) either for the platforms we use or the people we follow. It hasn’t had an eﬀect on the kind of art I made – it just makes me want to make more. The current political climate just proves how eﬀective self-indulgent social media is for disseminating disinformation. I have been making work about how the internet (basically modern society) favours the inﬂammatory and hyperbolic.

Creating work within the reality of the “attention economy” and its ability to create its own reality is both daunting and needed. With Voice of God I have comments from the feed (which usually go unread and always go unvoiced) spoken, which is funny because the language used is alien to how we otherwise communicate.

Does Instagram play an active role in your work?

Along with similar forms of social media, Instagram plays a huge role in the way we see ourselves and understand our place in the world. Voice of God freezes a social media post on an actual iPhone screen while the comments from the post sonically surround the viewer. For better or worse, people act diﬀerent on Instagram than they do in the real world – whether it be incessant and onerous posing and primping, inﬂammatory blurting, unfettered expression, or general gawking – we exhibit behaviors online we wouldn’t IRL. A lot of my work, especially the Voice of God piece, seeks to bring these to light by shifting context, medium and space. 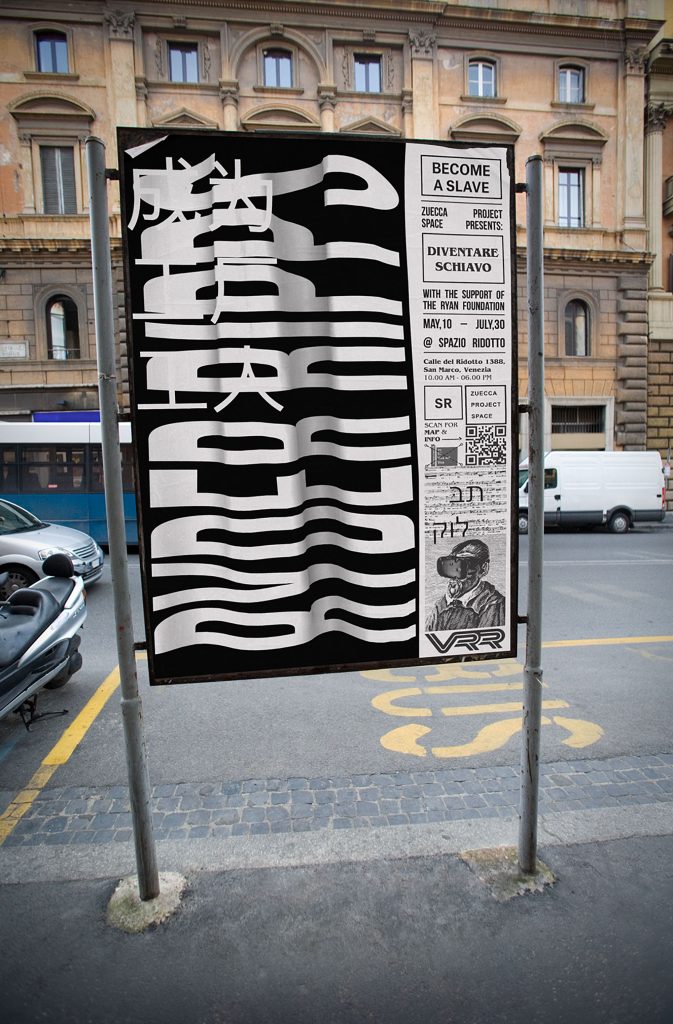 You’ve been embroiled in a bit of controversy in the past. Do you feel you court those types of situations or do they ﬁnd you?

A little of both. I have made work about online sensationalism/hyperbole by knowingly enacting it with benevolence (language). I think if I was transgendered or black, people wouldn’t give me as hard of a time. Jews have never been in favour, so nothing is new there. It seems like the American guilt factory has a vindictive bias against ‘cis-gendered white males’ right now, which I guess is ﬁne because they’ve deﬁnitely had it coming for a while. All my work is done with a good heart and I make sure those I work with are happy and taken care of, but that story wouldn’t garner as many clicks as a salacious clickbait headline. Not surprising, but absolutely a reality worth considering.

Your work is always funny and simultaneously quite tongue in cheek.

Deventare Schiavo by Ryder Ripps is on show at Zucca Projects until 30 July.With help from The Ryan Foundation. labiennale.org