Alone Together featured in the New York Times

How do you get discovered in a teetering art world? Graduating students organize shows with peers, team up with dealers — and lobby for relief funds. Will they bring change? 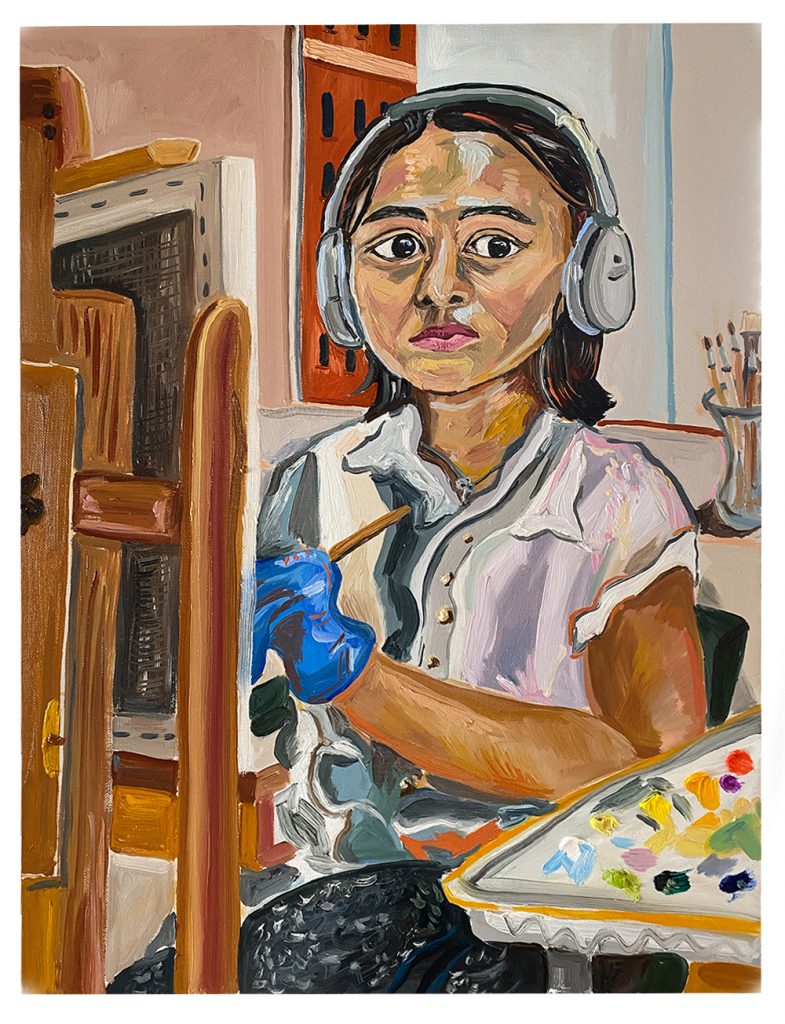 For art students finishing B.F.A. and M.F.A. programs this spring, the big debut was supposed to have been the thesis exhibition. The culmination of years of work, these shows represent a shot at getting discovered by curators, dealers, collectors and critics who make the rounds at top schools.

Then the pandemic forced schools to close and truncate programs.

“Having the thesis show canceled is like having the rug pulled out from under you,” said Ben Werther, a 22-year-old senior at Cooper Union in New York who, like his peers across the world, felt the added loss of this important first exposure amid the growing health anxiety.

The Covid era is a precarious time for students joining the art world, itself reckoning with the economic sustainability of museums, galleries and global art fairs. For those who have also taken out student loans for expensive programs and received no tuition reimbursement, the disappointment has been especially stark. Since being shut out of his painting studio at Yale and missing hands-on instruction, James Bartolacci, 31, is one of many wondering what exactly he’s paying for.

He chose Yale, despite the $80,000 tuition for the two-year master’s program (not including living expenses), because of the school’s rigor and reputation for helping kick-start its graduates’ careers through its well-connected faculty and visiting artists. (Students hold up the example of Jordan Casteel, who showed her paintings at a New York gallery just months after graduating from Yale in 2014 and now has her first solo museum exhibition in New York hanging — behind closed doors — at the New Museum.)

But Mr. Bartolacci said he’s feeling a little skeptical about the whole M.F.A., “when you’re burdened by student debt and you’re in this reality of increasing financial uncertainty in the art world and not necessarily able to make that money back.”

Now Mr. Bartolacci and his peers have been driven to collective action — demanding relief funds and leading the charge on a number of online alternatives to thesis shows, with the help of veteran gallerists and established artists.

On March 21, 128 master’s students at the Yale School of Art sent a letter to the president of the university and their dean requesting partial tuition reimbursement. “We were told that Yale is not offering tuition refunds of any kind,” said Cindy Hwang, a 27-year-old graphic design student. She and other Yale students reached out to peers at seven art schools across the country and created a communal spreadsheet comparing how each program had responded to the students’ relief efforts.

While all have struck out on tuition refunds, M.F.A. students at the University of Chicago have gained other concessions. In response to a letter from the 16 students in the visual art department, the university has given each of the second-year students $9,000 living stipends and extended their program an extra quarter, with the thesis show to be held in November.

“They still value a physical experience of the work,” said Madeline Gallucci, 30, a second-year M.F.A. student at Chicago. “That’s one of the main things we argued for when we collectively organized.”

At Yale, students have shifted to repeated requests for “universal emergency subsidies,” according to Ms. Hwang. The university has an endowment that topped $30 billion in June 2019. On Tuesday, the dean of the Yale School of Art, Marta Kuzma, said the school will begin accepting relief applications to the Student Support Fund on May 20, “made possible through the generosity of donors, including Yale alumni, faculty and staff,” adding that it would “directly support our student artists by providing emergency aid to students in need.”

Students have been advocating for each other, as well, by organizing virtual exhibitions that have sprung up quickly to fill the void of canceled thesis shows.

After schools closed in March, the Los Angeles dealer Steve Turner checked in with Susan MB Chen, an M.F.A. student from Columbia with whom he had recently done a studio visit. “She sent me a picture of her first self-portrait done in quarantine and it showed so much anxiety on her face,” said Mr. Turner, who immediately offered Ms. Chen an exhibition. She in turn suggested that he show Columbia’s entire graduating M.F.A. class.

“Alone Together,” at the Steve Turner gallery’s online viewing room, through June 6, shows works by 24 students made in the isolation of their apartments and reflective of their emotional states. Twelve pieces by eight students have sold already, and they will get 60 percent of the sales (more than the standard 50-50 arrangement between artists and galleries).

“To sell work through a gallery this soon doesn’t happen in ordinary times,” said the gallerist, who offered solo and two-person shows to six of the artists over the next year.