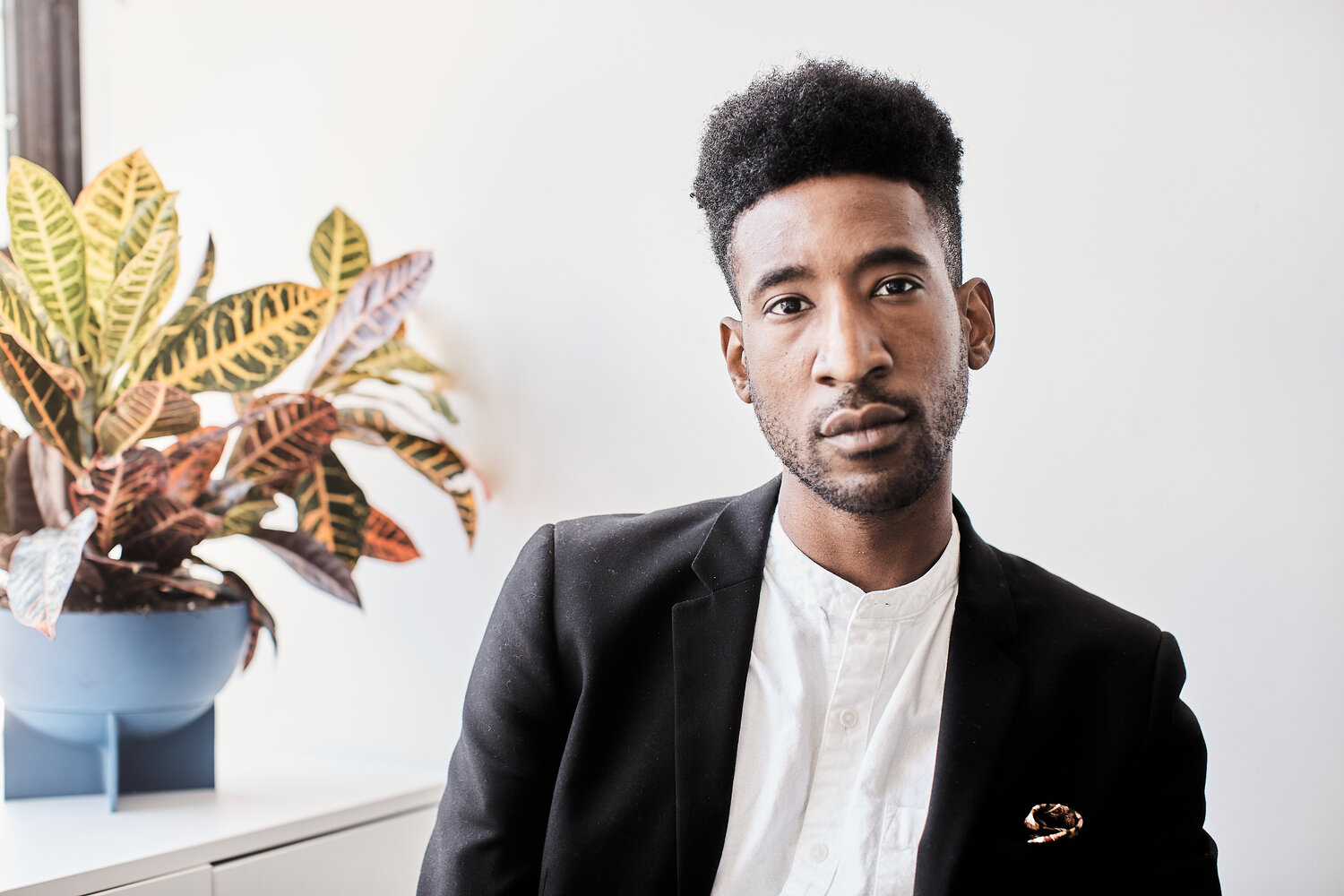 Jon Key is an artist, designer, and writer originally from Seale, Alabama. After receiving his BFA from RISD, Jon began his design career at Grey Advertising in NYC before moving on to work with such clients and institutions as HBO, Nickelodeon, The Public Theater, and the Whitney Museum. As an educator, Jon has taught at MICA, Parsons, CCA, and currently teaches at Cooper Union. Jon is also a Co-Founder and Design Director at Codify Art, a multidisciplinary collective dedicated to creating, producing, supporting, and showcasing work by artists of color, particularly women, queer, and trans artists of color. Jon was selected for Forbes 30 under 30 Art and Style list for 2020 and was the Frank Staton Chair in Graphic Design at Cooper Union 2018-2019. His work has been featured in Jeffery Deitch Gallery NYC, the Armory Show, The New York Times, The Washington Post and The Atlantic.

Lovely to e-meet you Jon and hope you’re doing well and safe. Firstly, I was wondering if you could talk about how growing up in rural Alabama and your autobiography in general plays into your work?
Nice to meet you too! I grew up in Seale Alabama surrounded by bucolic landscapes filled with acres of grass, tress, cows and horses.  Also, I was surrounded by a large family of uncles cousins and elders who lived close by and the Southern Black church community. My mom encouraged my twin Jarrett and I at an early age to paint and do arts & crafts at home.  My first real introduction to art was music and theater. Growing up, I was heavily involved in church choir, pageants at school, theater camps, piano, band etc. I loved the idea of making noises that can be interpreted and translated into melodies.  Your role or part contributed to a larger orchestration and message.

I think growing up as a young queer kid in the South, you are constantly aware of how your presence and identity is often times at odds with the everyone and everything you learned around you, but it wasn’t until I arrived at RISD where I really begin to dissect my upbringing and the impacts on who I am today. I realized that writing and research is a very important part of my process. I began transcribing my personal narrative for my thesis project at RISD in 2012. I was asking the preliminary ideas that really were the foundation for the work I make now. Then, I was an undergrad student studying graphic design and questioning what unique voice I was supposed to bring to the graphic design world. What did it mean I was a designer from Alabama? What did it mean I was a queer designer? A Black designer? Is there a visual vocabulary that unites these themes? Does any of this manifest in my work? Does it matter? This is where I began. After writing most of the semester as encouraged by my advisor and rereading and editing down the text, I realized that I was interested in making work that speaks to the intersectionality of my identity.

Portraiture has such a specific tradition within the art historical canon in terms of representing intimacy, identity, the Self and the Other. What drew you to painting portraits and how do you choose your subjects?
I have been painting portraits ever since I started painting around the age of 10. I am a twin, and when we younger we would also get mistaken for one another a lot. I think I have been fascinated by discovering the physical differences between my twin Jarrett and myself. In high school, my entire AP project was self-portraits examining my reflection in various domestic objects and spaces at home. Between then, college and now, I only paint people I know. A large number of my paintings are self-portraits, but this has expanded to painting my biological extended family mom, dad and grandfather, grandma and twin. Recently, I have started painting my chosen family who are my closest friends that live near me in New York and I have known for over 10 years.