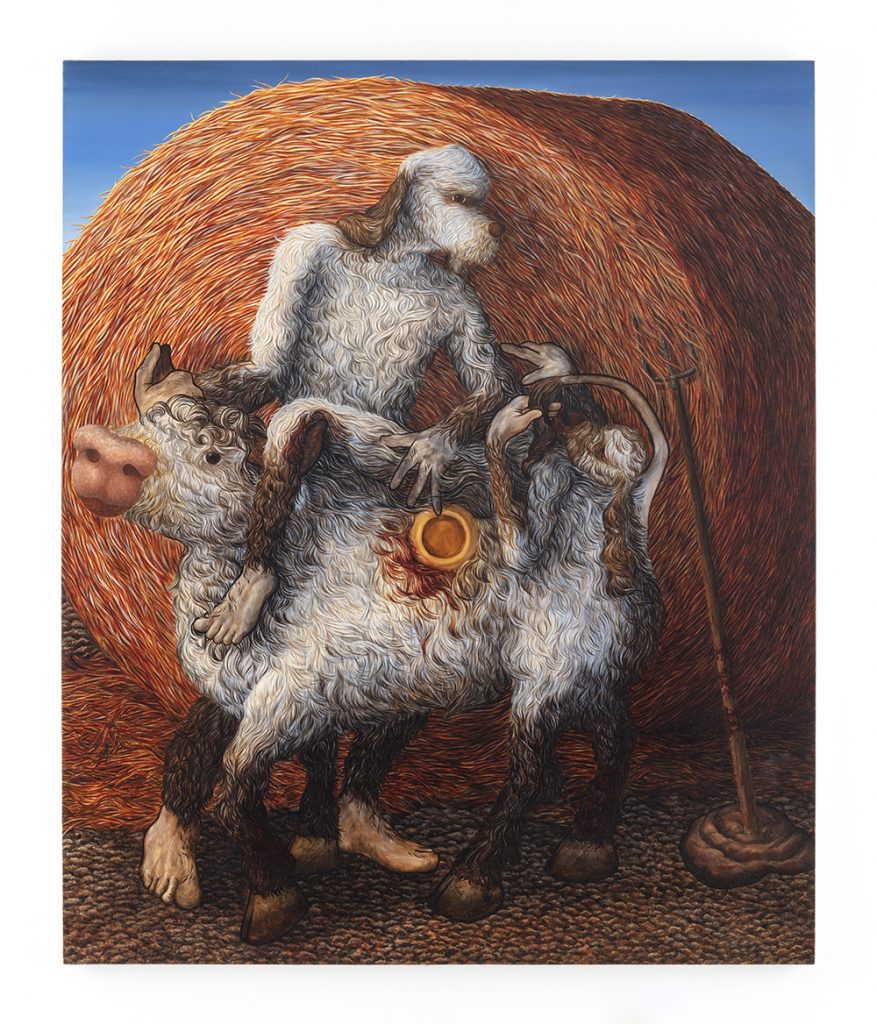 We’ve had our eye stuck on Drew Dodge‘s work for quite some time now, curious to see who will be the first one to present this exceptional work to the world. And with that being said, we were excited to hear that Steve Turner in LA will be hosting his solo debut, Wasteland, from May 8th alongside presentations by New York-based Kiyomi artists Quinn Taylor and Jon Key.

Currently working on his BFA in Painting at Rhode Island School of Design, Dodge has been working with sculpture and video before putting his focus on painting and the dog-people series in particular. And it was the introduction of this character in his work Holy Shit, 2020, that instantly struck a chord with us. Simultaneously utilizing the playfulness and absurdity of comics, while being meticulously rendered through intricate and dexterous brushwork, the seemingly entertaining imagery was in fact, a well-thought-out framework through which the artist explored subjects of interest. In combination with subtle yet strikingly effective use of structural or compositional elements from celebrated classical works, the California-born artist created a unique visual language imbued with metaphors, symbolism, and the nods to incorporeal.