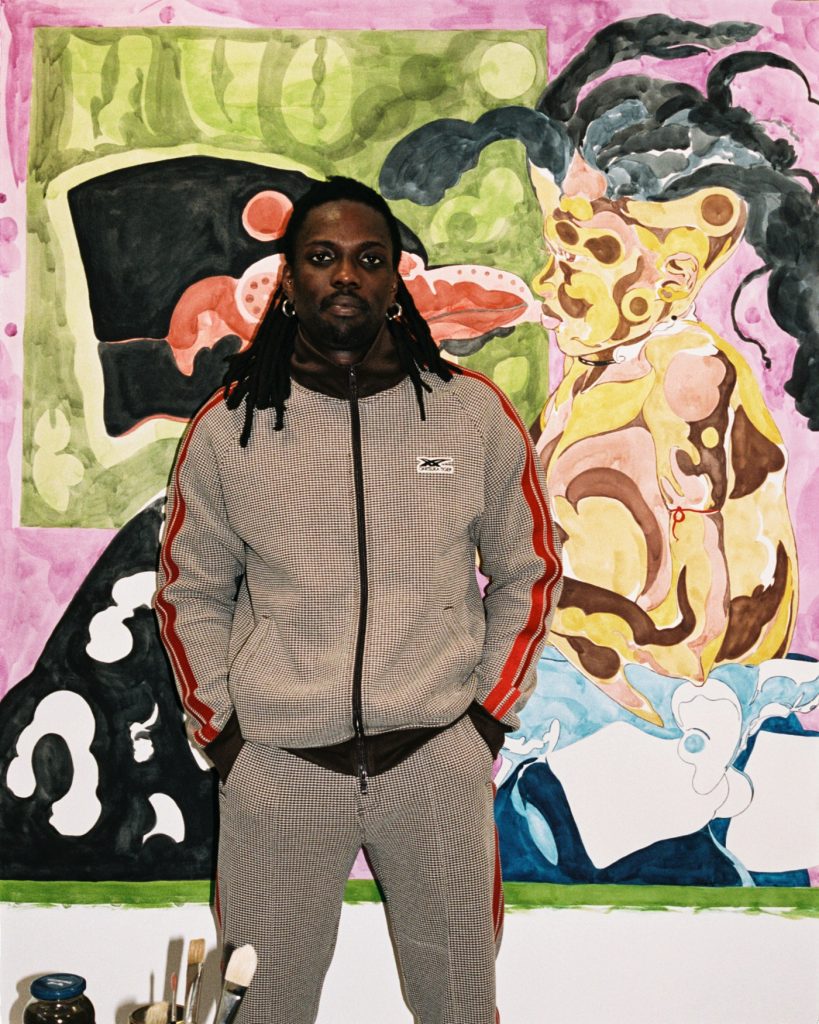 To celebrate the launch of Onitsuka Tiger’s expansive, marble-laden new store in London, we hit up two of the country’s emerging artists who know a thing or three about innovation. Here, we journeyed to Mayfair to meet with draftsman and mythological painter, Richard Ayodeji Ikhide to ask: what is the power of creativity?

As the world reopens its doors, so begins the flurry of enthused shoppers flinging off their dressing gowns in favour of a slick new look. Fortunately, Japanese fashion label Onitsuka Tiger has just opened a brand spanking new flagship store on London’s Regent’s Street.

Not only is the near 10,000 square foot, two-floor space located on one of the world’s most prestigious shopping streets, but it’s the first location to offer the entire Onitsuka Tiger lineup in a single establishment, from the contemporary and heritage collections to the NIPPON MADE series rich in craftsmanship, as well as the luxury THE ONITSUKA line.

Onitsuka Tiger is also opening its doors to the eclectic crew that makes up London’s creative scene – they have big plans for the gallery space that’s located in the store’s basement that’s soon to be teeming with local and global artists exhibiting their work.

One talent the brand have their beady eye on is Central Saint Martins graduate, Richard Ayodeji Ikhide. When the 29-year-old isn’t in his Conduit Street studio creating vivid, hyperreal portraits, he’s teaching World Imagery at the Royal Drawing School. Having recently finished a residency at VO Curations – who promote diverse voices within the arts – the painter is gearing up for his next ​“cosmic” solo exhibition at Steve Turner gallery in LA this summer.

We went to Ikhide’s bright Mayfair studio in the heart of London, with a haul of Onitsuka Tiger’s Autumn & Winter 2021 collection, to see him in action.