An insight into Restrepo’s work and South American roots. 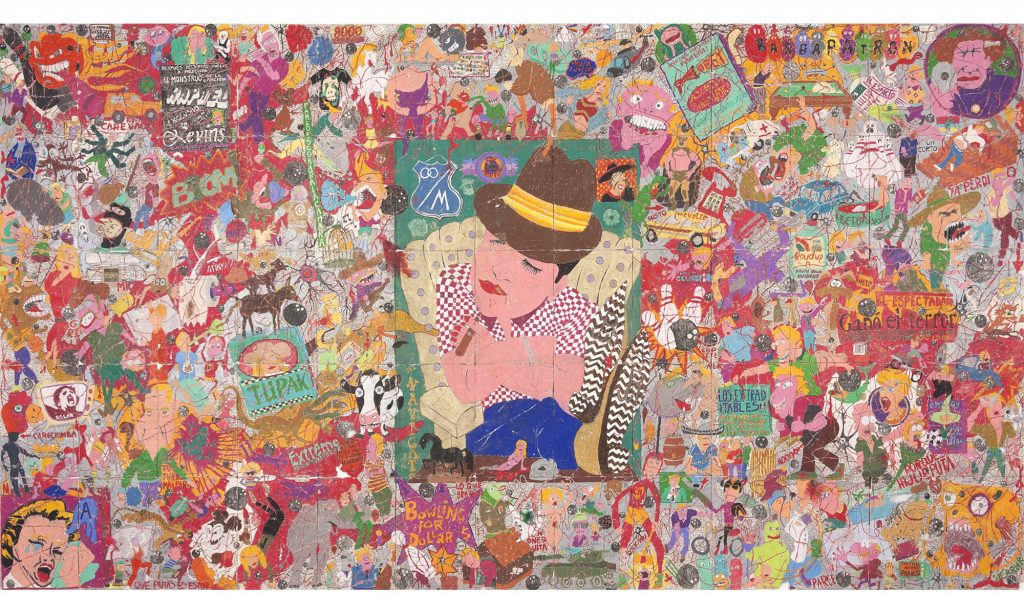 For this occasion, Turner has published an interview done to Camilo Restrepo where the artist digs into his past in Colombia and how that influences his work. They also delve into Camilo’s psyche and technique.

Camilo Restrepo (born 1973, Medellín, Colombia), earned a masters degree in aesthetics from the National University of Colombia (2008) before going to CalArts, Los Angeles to earn an MFA (2013). He has had solo or two-person exhibitions at Sala de Arte Suramericana, Medellín (2019), Steve Turner, Los Angeles (2013, 2014, 2015, 2017, 2019), and the Lux Art Institute, San Diego (2016). Group exhibitions include Centro Colombo Americano, Bogotá (2019), Museo de Arte de Pereira, Pereira (2019), Fundación Gilberto Alzate Avendaño, Bogotá (2019), Another Space, New York (2018), and Steve Turner, Los Angeles (2018). Restrepo was a recipient of the Fulbright Grant and was nominated for the Premio Luis Caballero, the most important prize in Colombia for artists over 35.

Restrepo’s work consists of three stages. First, he makes drawings using ink, pastels and paper collage. Then the whole thing goes through a process of destruction by several methods to be then finally restored. The resulting work bears the scars of his process and the scars of his life in Medellín during the darkest days of the Pablo Escobar era. This curious, systematic technique enables the artist to obtain effects that go beyond the relationship between studio materials and surface, and in doing so brings forward a whole macrocosm of both concrete and abstract, individual and common questions and problematics. 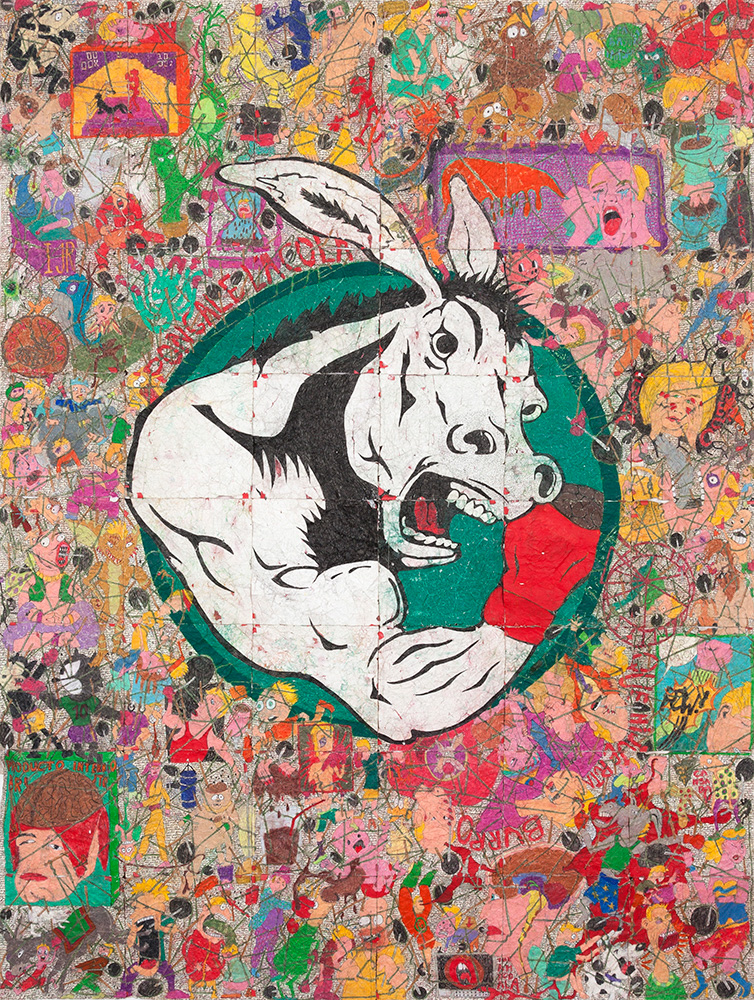 Tight Rope #10 (Diablo Rojo) is one of thirteen drawings in Restrepo’s series called Tight Rope. The first nine are from 2015 and were presented in his solo exhibition of the same name at Steve Turner Los Angeles. The last four were created in 2016 for his solo exhibition at Art Brussels.

Each drawing features a boxer whose gloves reveal a lobotomized brain and a single long rope that entangles every figure throughout the drawing. This rope also wraps around pulleys that are being operated by cartoon characters that are involved in fights and other violent situations. There also are large swaths of nonsensical handwritten text. According to Restrepo, the series highlights the uncontrollable, repetitive psychic battles that occur inside the heads of obsessive people as well as the destructive, real-world combat created by the drug wars in Colombia.

“I saw people being killed in front of me on four separate occasions. I was twelve years old the first time; the last time I saw was a man killed by a sicario (hitman) while he was playing billiards at the table next to mine. ”