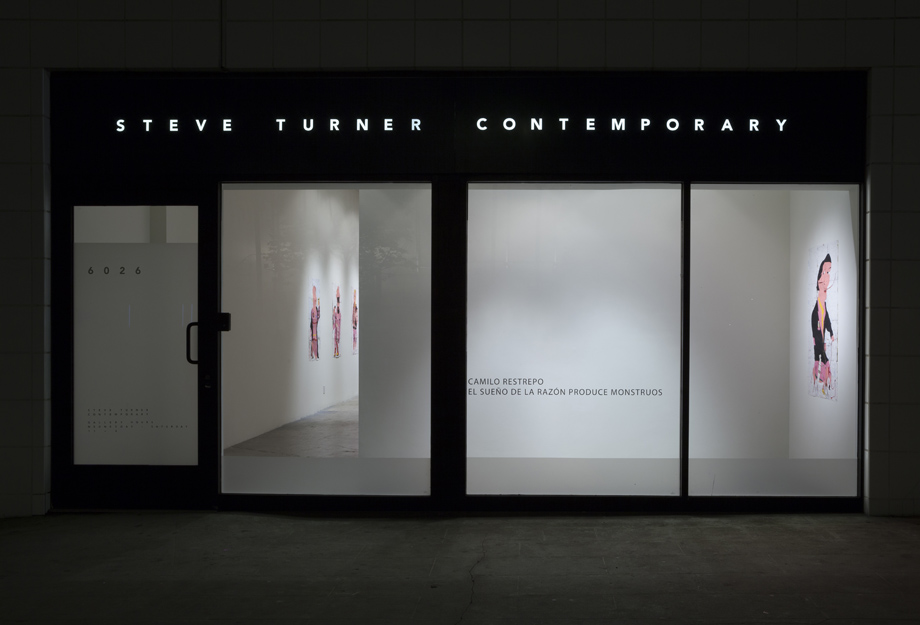 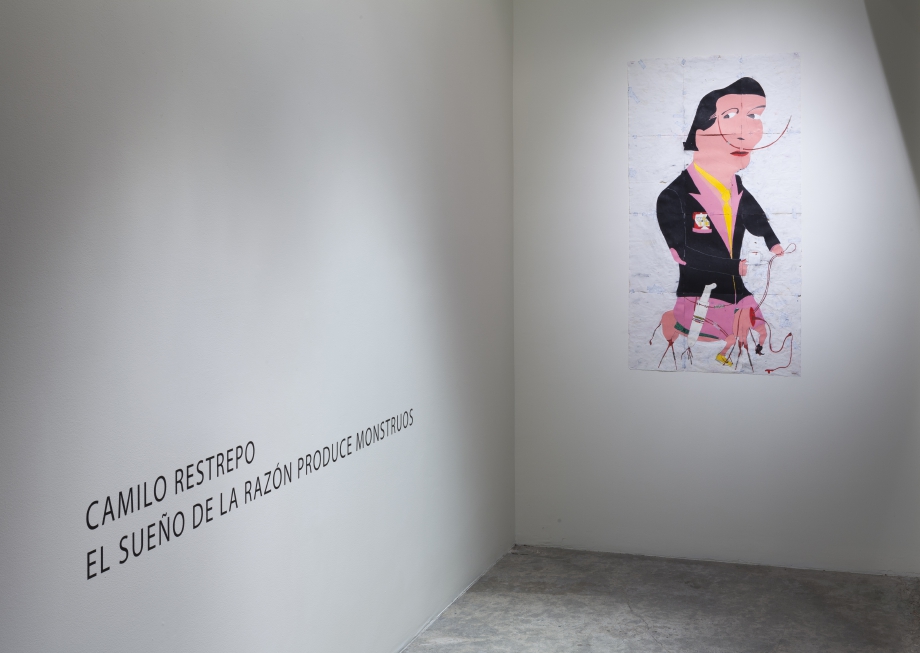 Steve Turner Contemporary is pleased to present El Sueño De La Razón Produce Monstruos (The Sleep of Reason Produces Monsters), a solo exhibition by Medellín-based artist Camilo Restrepo, who creates drawings based on his proximity to the epicenter of drug-related violence in Colombia.

In this, Restrepo’s second solo exhibition at Steve Turner, the artist will present works from two series:  three large-scale drawings from A Land Reform as well as a group of portraits from a new series, Los Caprichos. In both bodies of work, Restrepo creates images that are based on narco traffickers and the aliases they assume as reported daily in Colombian newspapers. The aliases are often based on television and comic book characters; celebrities; animals; and commercial brands. The childish nature of these assumed identities contrasts starkly to the traffickers’ vicious, violent behavior.

A Land Reform consists of seventy individual sheets of paper that are torn from the artist’s drawing book and then crudely taped together. Filled with collaged newspaper clippings and Restrepo’s cartoon-like characters, the various scenarios are connected by a series of what appear to be red hoses—or are they veins of blood? The hoses pass through the sheet onto the reverse side where there is another complicated system of hoses, both sides alluding to the interconnected intricacy of the armed conflict in Colombia.

Taking his title from Goya’s monumental series of etchings filled with images of human folly, vice and absurdity, Restrepo’s Los Caprichos cover much the same territory in contemporary terms. “Salvador,” a Dali-like character, rides a horse whose head has been cut off while balancing an espresso cup in one hand—is it filled with coffee, or blood? “Cristobal,” a cartoon Columbus on bended knee, holds his sword wrapped in a vein of blood in one hand while taking a cell phone selfie with his other hand. The tattered, emblematic sail of the Santa Maria, entwined with an arterial-like ribbon, is beside him.

Each of the portraits in Los Caprichos is surrounded by a distressed white background, one that Restrepo created by removing the top skin of paper, first by weakening it with his saliva, and then, by scraping it away. He then applied tape to heal the wounded paper—but the scars remain visible, yielding a devastated surface consisting of twelve sheets of paper barely held together, much like Colombian society. But Restrepo’s images, like Goya’s are not limited to the national environment that inspired them, they carry the weight of universal human madness.

2013
This is a Wound, Not Just The Drawing of a Hole, Steve Turner Contemporary, Los Angeles