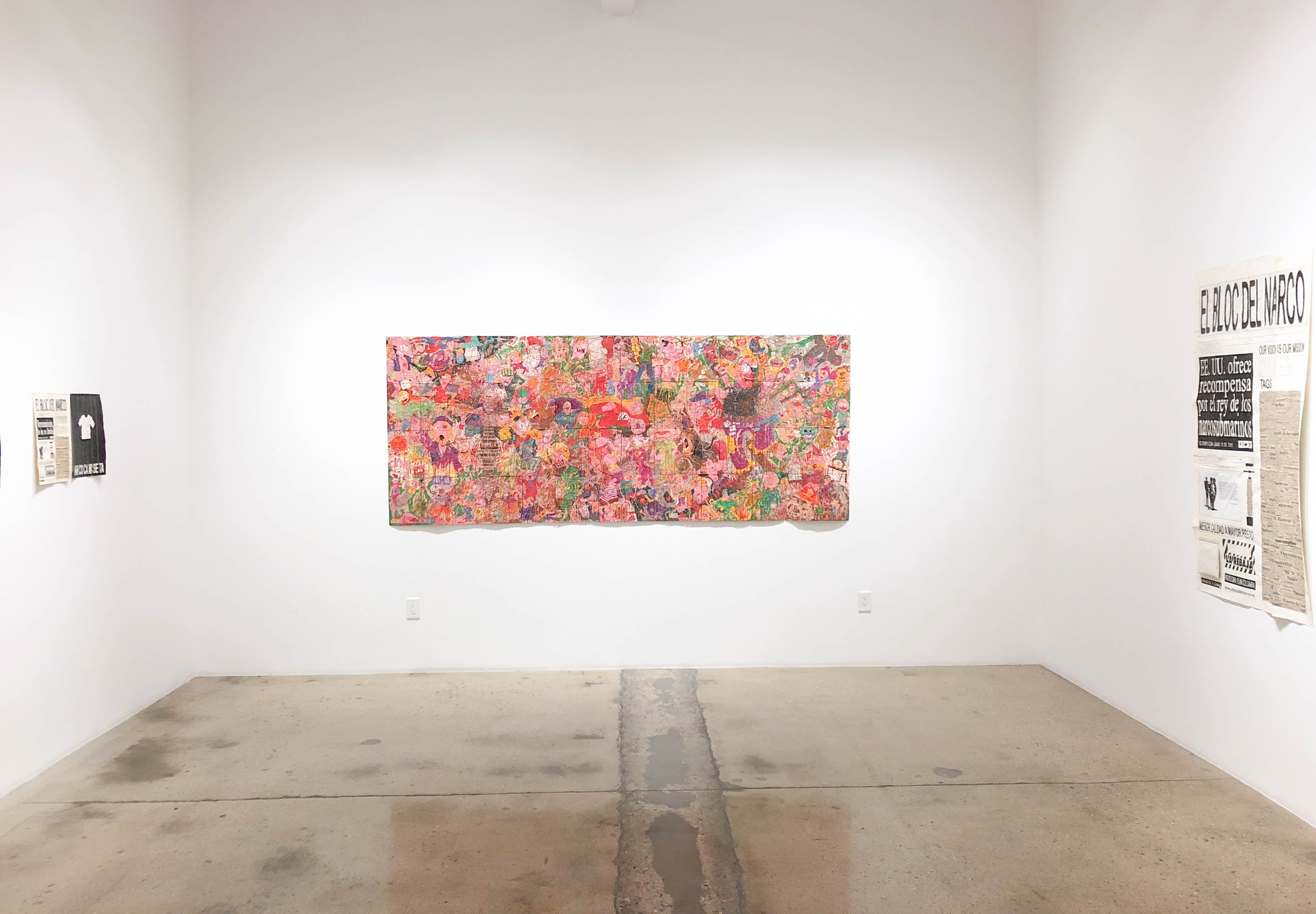 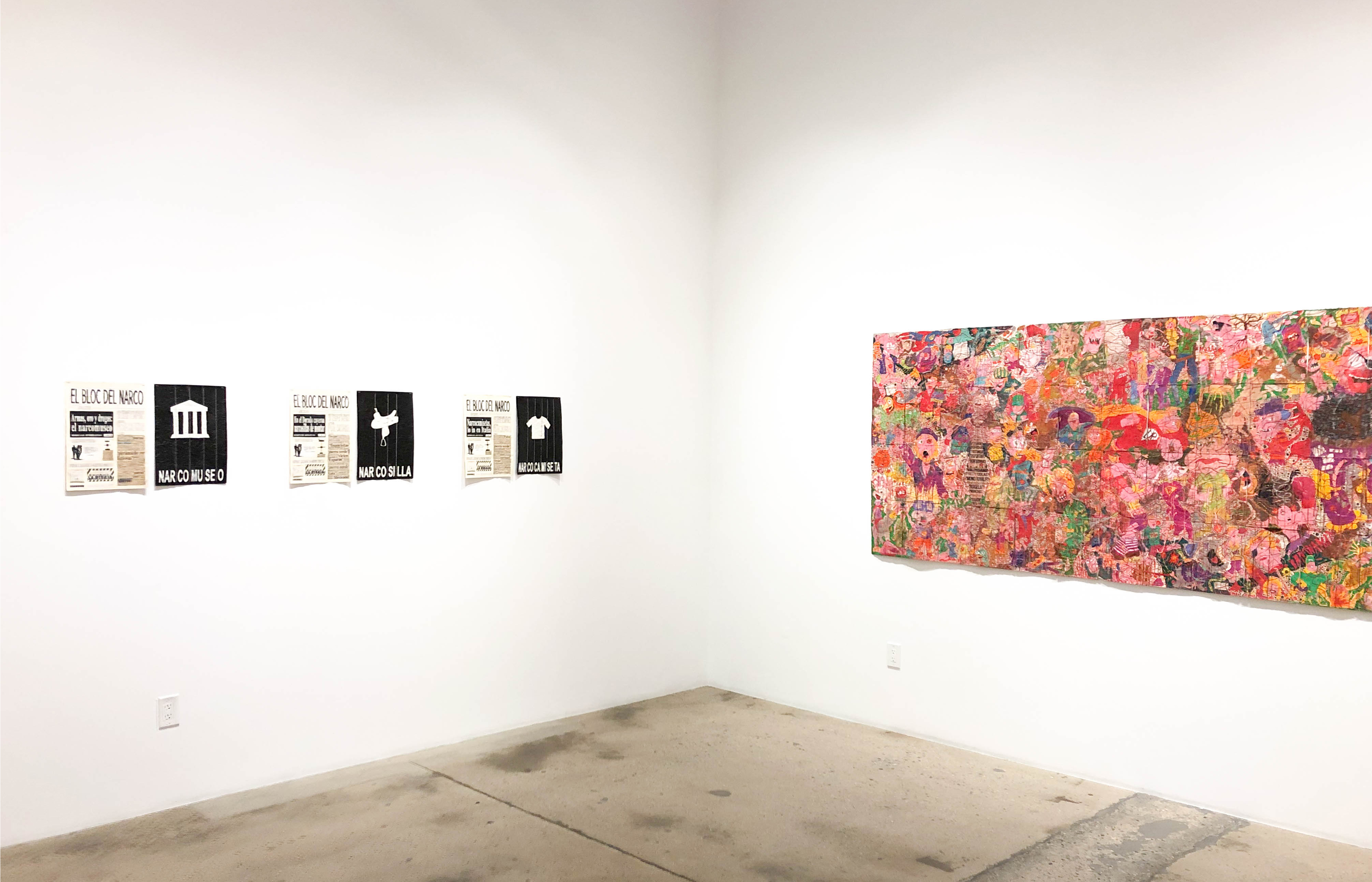 El Bloc Del Narco consists of pairs of drawings that address the  effects of language on the Colombian war on drugs. In each work, Restrepo highlights a word that has the prefix “narco” and that appeared in popular media. He has collected scores of new words including “narcobuns,” “narcohippos” and “narcoanguishes,” and has vowed to continue the series as long as new “narcoticized” words are introduced. In each work Restrepo collages newspaper clippings of criminal aliases and words related to the Colombian armed conflict that are found between quotation marks in El Tiempo newspaper.

In A Land Reform, Restrepo collages newspaper clippings of criminal aliases. He then draws characters to represent the aliases in comic-strip fashion using Google image search results as a guide. To complete the work, he distresses the drawings with a knife or water and then carefully repairs some of the damage with minute pieces of paper tape and more layers of drawing. The process of damage and repair alludes to the havoc caused by the war on drugs and the way people must constantly deal with its consequences.