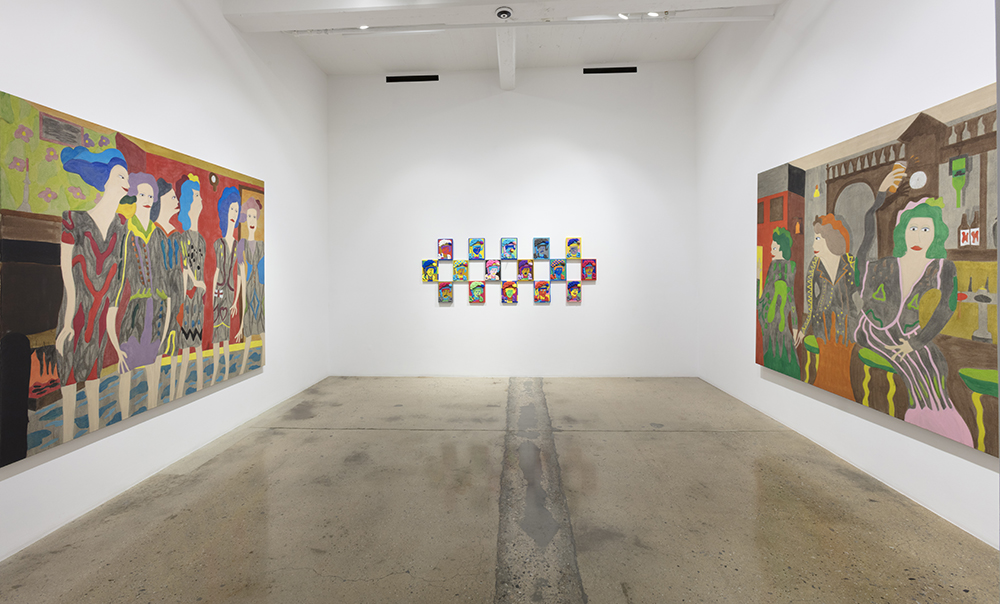 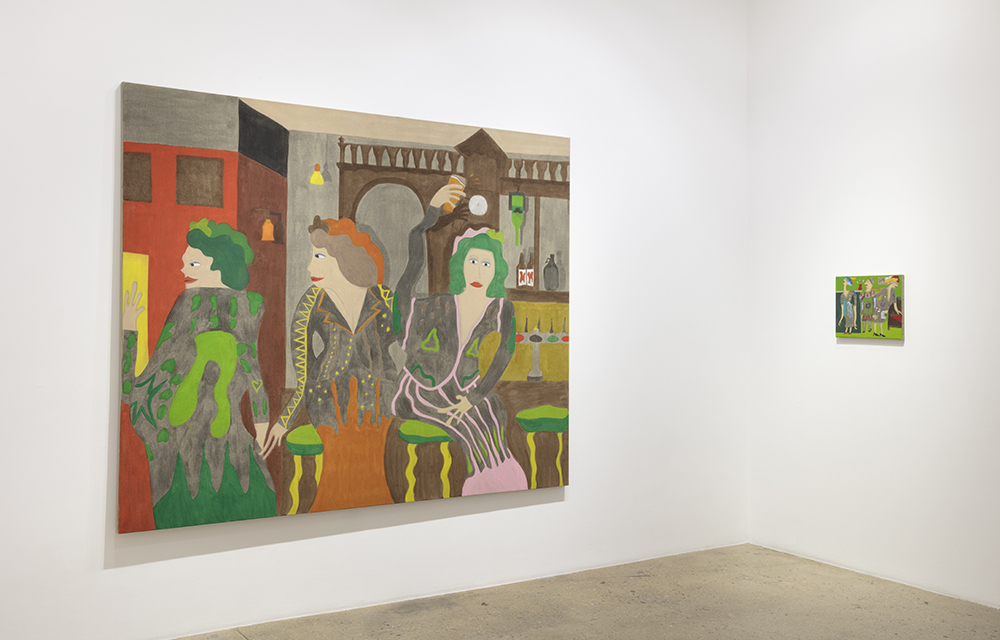 Steve Turner is pleased to present Pearly Party, a solo exhibition by London-based Dominic Dispirito that celebrates the British working class and his upbringing in the heart of Cockney London. He will present paintings that depict “Pearly Queens,” Cockney characters who originated in Victorian London, who evolved from the Coster Kings and Queens, the elected leaders of London’s street hawkers. Benevolent societies developed to aid the less fortunate, and parades were staged in which the “Pearlies” dressed in elaborate clothing that they adorned with rows and rows of mother-of-pearl buttons.

Dispirito has updated his Pearly Queens by using new technologies and materials. He begins by using various iPhone apps to create drawings and animations that he transforms into actual paintings. In some, he uses plastic 3D modeling paste to build up thick textures on small panels. In others, he applies thin layers of acrylic on stretched linen.

Dominic Dispirito (b. 1982) earned a BFA from Middlesex University, London (2013) and an MFA from the Slade School of Fine Art, London (2017). He has had a solo exhibitions at The Dot Project, London and Annka Kultys Gallery, London. Pearly Queens is Dispirito’s first exhibition with Steve Turner and his first outside Great Britain.

Born 1982 in London
Lives and works in London